Borderlands 2 PhysX effects are a sight to behold (Video)

Nvidia has released a new video showing the PhysX effects in Borderlands 2, and we have to say, it’s quite impressive. 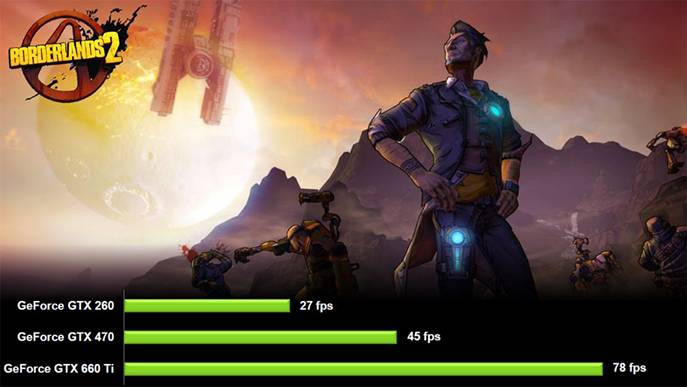 The game will be bundled with GeForce 660Ti cards as the image below shows, the performance for that card is far higher than other GeForce cards.

Loaded with NVIDIA’s GPU-accelerated PhysX technology, the video shows you the incredible effects you can witness in Borderlands 2 when gaming on a GeForce GTX system.

Creatures, such as the Crystalisk, spew simulated fluids comprised of hundreds of thousands of particles, allowing explosions and physical interactions to manipulate them after the fact, rendering an unprecedented level of detail previously unseen on any platform.

The card costs 24,000 in India and will come with a redeemable voucher for Borderlands 2. The game comes out on September 21st for the PS3, Xbox 360 and PC.