Bravely Default launched in the West back in 2014, and it was a revelation for JRPG enthusiasts across the globe. It harkened back to the golden days of the classic Final Fantasies and Dragon Quests, allowing players to once more experience a very traditional story with a traditional turn based combat system, and yet trying new things that allowed it to remain relevant in the current RPG market at the same time. It had its faults, sure, but it got deserved praise for how well it balanced nostalgia and innovative game design.

It’s pretty obvious, then, that its sequel Bravely Second: End Layer has been one of the most highly anticipated JRPGs this year. However, a poor story, annoying writing and grating voice-work drag the experience down a few notches, and one cannot help but feel a little disappointed.

You play as Yew Geneologia, a naïve, idealistic knight who has been tasked with assembling a team of warriors and then rescuing Pope Agnès Oblige (fans of Default will obviously be familiar with her), who has been kidnapped by the game’s villain, Kaiser Oblivion. It’s a fairly simple setup, and its unfortunate that the game never tries to do anything meaningful or daring with it. In fact, End Layer mostly treads old ground, revisiting places and story arcs we’ve already seen in Default, giving the entire narrative a sense of predictability. 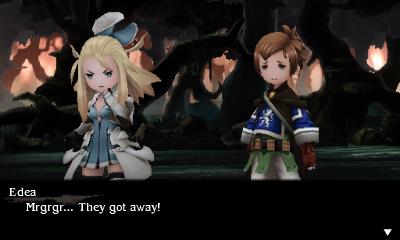 "For as much as Bravely Second gets wrong- and it gets plenty wrong- there are also areas where it shows off moments and sparks of brilliance that frequently characterized the original game."

What’s worse is that the terrible quality of writing does nothing to help the generic plot whatsoever. The game often tries extremely hard to be funny with its little quips and character-specific catchphrases, but it almost always falls flat and comes across as corny and, to put it bluntly, annoying. It often feels like the story and the writing are working towards different ends, with the narrative often trying to drum up dramatic situations that are ruined by poorly written dialogue between bland, uninteresting characters or poor fourth wall-breaking puns. It’s not even as if the narrative itself is conceptually strong enough to withstand poor writing. The one good thing that can be said about the game’s overall setup, however, is that it does not mandate the kind of broken pacing and relentless backtracking that characterized the waning chapters of the first game. The pacing in End Layer is much more consistent and the game benefits from this consistency a great deal more than you could imagine.

Bad writing, though, can sometimes be salvaged by good voice over performances. Unfortunately, Bravely Second falters even on that front. Default itself was never too well known for its voice work either, but it had generally stronger writing- not saying a lot, admittedly- which made it easier to put up with the poor voice work. End Layer’s double whammy of underwhelming writing and mediocre and often grating voice overs doesn’t do the game any favours to endear it in the players’ eyes.

For as much as Bravely Second gets wrong- and it gets plenty wrong- there are also areas where it shows off moments and sparks of brilliance that frequently characterized the original game. The extremely strong mechanical base from Default has made its way into Bravely Second, and though there’s little to distinguish between the two games as far as game design is concerned, it has to be said that the core of the game itself- the battles and the job system- remains as strong and addictive as ever, with new additions and tweaks refining and improving it along the way. 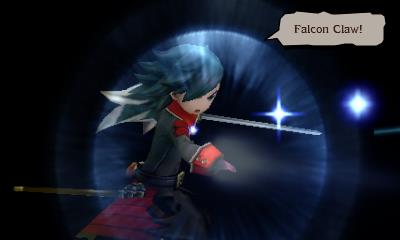 "The Brave/Default system is what helped Bravely Default garner the amount of praise it did, and it’s present here in End Layer in top form."

The same nuanced and tactical battle system from Default shows up in End Layer. Battles are turn based and in general restrict each party member- of which there are four- to performing one action per turn. However, players have the option of using the Brave/Default mechanic to be able to extend their turns. By Defaulting, they enter a defensive stance, which means they cannot do anything else for that turn, but allows them to stockpile those turns for future use. Using the Brave option, on the other hand, allows you to chain your stockpiled turns and use them together in one go. This adds an interesting risk to battles and keeps them engaging- which is something that most turn based battle systems in JRPGs cannot claim.

And you have to actually think about what you do in battles- use up too many of your turns in the beginning of a boss battle, and you might make yourself vulnerable to crippling attacks later on, whereas Defaulting and storing up turns can allow you to unleash devastating attacks in one go, or use your healers to heal your entire party in a single turn. The Brave/Default system is what helped Bravely Default garner the amount of praise it did, and it’s present here in End Layer in top form.

The Brave/Default mechanic, though, is only half of what makes up the game’s battle system, with the other half being the job system. There are thirty jobs in the game this time around, ranging from your regular healer, mage, warrior and dark warrior classes to obscure ones such as singers and bakers who provide statistical buffs to your party. Just like Default, which itself drew inspiration from Final Fantasy V, you can switch between jobs anytime you want, and characters are able to equip two jobs at a time. Each job provides different advantages and disadvantages, as you can probably guess, and testing new job combinations to see what buffs and debuffs you get makes this system that much more compelling. It’s a great system that promotes replay value, and chances are you’ll go out of your way to tackle side quests in order to get access to new jobs and level them up. 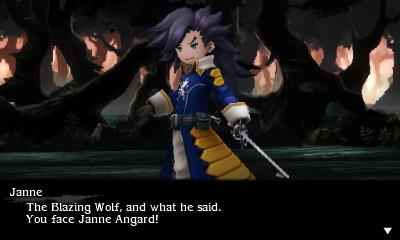 "The visuals are complemented by an excellent soundtrack- just like the original- which simultaneously evokes classic Final Fantasy games and also helps the game maintain its own distinct sense of identity."

Bravely Second builds upon the strengths of Bravely Default in other areas too. The strikingly beautiful visual style from the original game is back, however this time around it benefits even more from the 3DS’ stereoscopic 3D feature, making it one of the few games on the system to truly take advantage of the oft-neglected function. Be it the steampunk like urban locales, the archetypical fantasy cities or the arid deserts, the game’s visual style always packs a punch and makes the world of Luxendarc a treat to look at. The visuals do an excellent job of helping sell this world, which, to begin with, has been built and developed very well by Square Enix across the two games.

The visuals are complemented by an excellent soundtrack- just like the original- which simultaneously evokes classic Final Fantasy games and also helps the game maintain its own distinct sense of identity. It is suitable grand and epic, alternating with more somber, personal melodies, ensuring that the music always complements the action appropriately. Where the game’s writing and voice acting fail at selling its story, the music comes through and makes a far more convincing case for the players to invest themselves in the game’s world.

Ultimately, Bravely Second: End Layer’s biggest strength and weakness are both one and the same- the game adheres too much to Default’s template. From the visuals and the music to the mechanics and the narrative style, Bravely Second too often feels more like a re-imagining of the first game than it does its own outing. That can be a double edged sword- if you enjoyed what Bravely Default brought to the table, you are going to appreciate End Layer too, even though you may be ultimately disappointed at its extremely flawed narrative and conservative approach.

Final Verdict:
GOOD
Bravely Second manages to retain much of what made the first game so good, but it stumbles too much to really leave a mark.
A copy of this game was purchased by author for review purposes. Click here to know more about our Reviews Policy.