Party fighters like Super Smash Bros. and PlayStation All-Star Battle Royale are fairly well-known but it’s been a while since a significant addition like Brawlout has been attempted. Angry Mob Games’ fighter isn’t all about beating up your friends though – it has a strong single-player campaign that implements platforming elements into its core gameplay.

How will that ultimately shape up? GamingBolt spoke to Angry Mob Games CEO Bogdan Iliesiu about Brawlout and what distinguishes it among other party fighters. 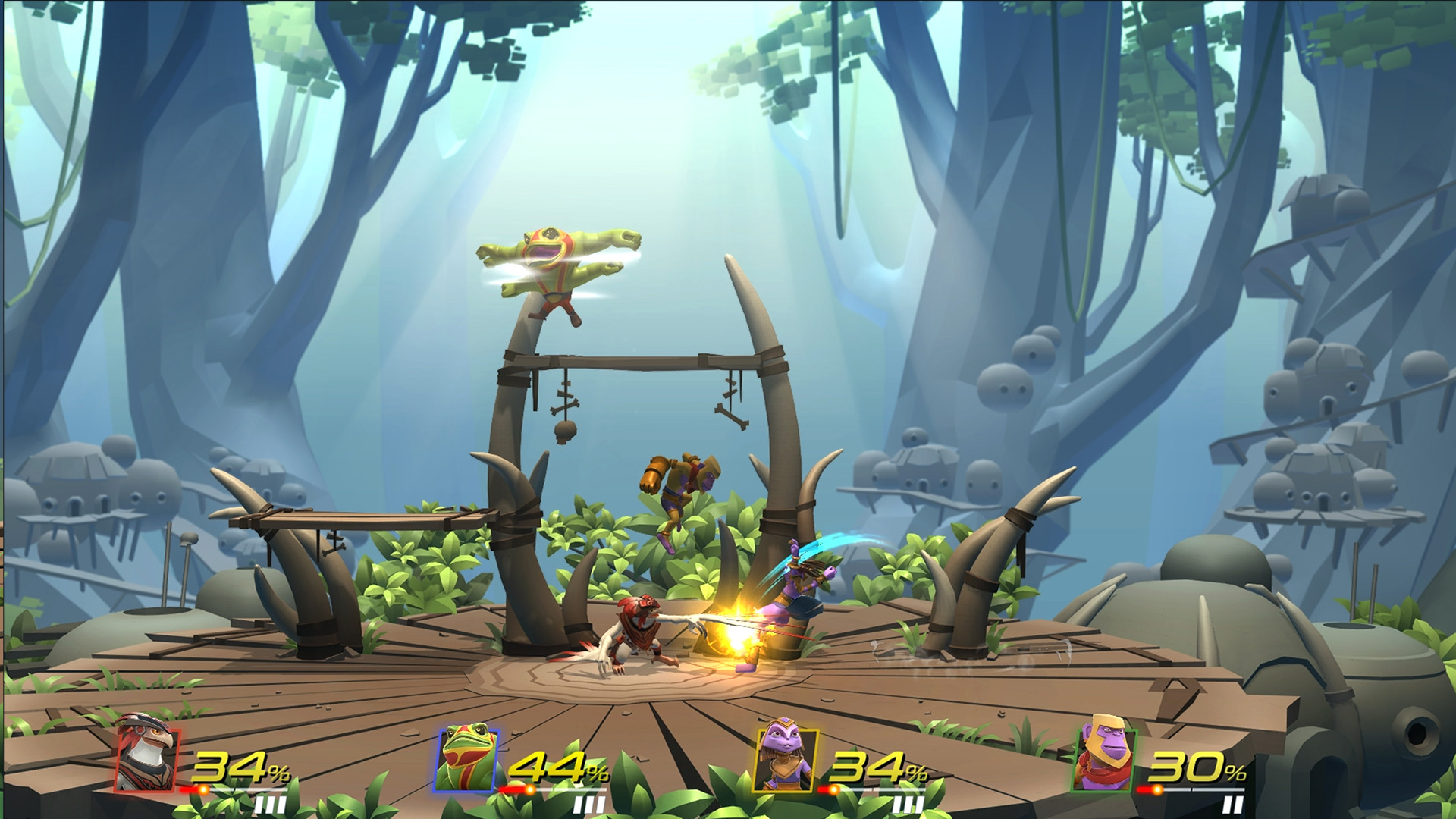 "Each character is inspired from fighting game archetypes or well-known action game heroes (like King Apu has moves similar to Castlevania)."

Obviously Brawlout is interesting to us given its Super Smash Bros. elements but what inspired the development of the main premise and characters?

We always loved fighting games and action games, and wanted to make something truly competitive.

Adding in platforming elements, plus some crazy and funny moves also makes Brawlout really fun to watch and easy to understand for everybody. That’s really important these days, with Twitch and YouTube gaming.

The characters were all designed around their moves, while adhering to a common theme. Each one has its very distinct play style, which ends up in a chaotic and fun fighting experience.

To give them more personality, we developed an epic single player story campaign, full of plot twists and some nice surprises. Each character is an Exemplar, representing their civilization in battle.

To give you more details:

How many fighters can we expect to see in the full game?

There will be at least 9 characters. We’ll keep adding new characters for the next few years as well, to make the play styles even more varied.

What different play styles can we look forward to? Will there be enough variety for all kinds of fighters?

Each character is inspired from fighting game archetypes or well-known action game heroes (like King Apu has moves similar to Castlevania). 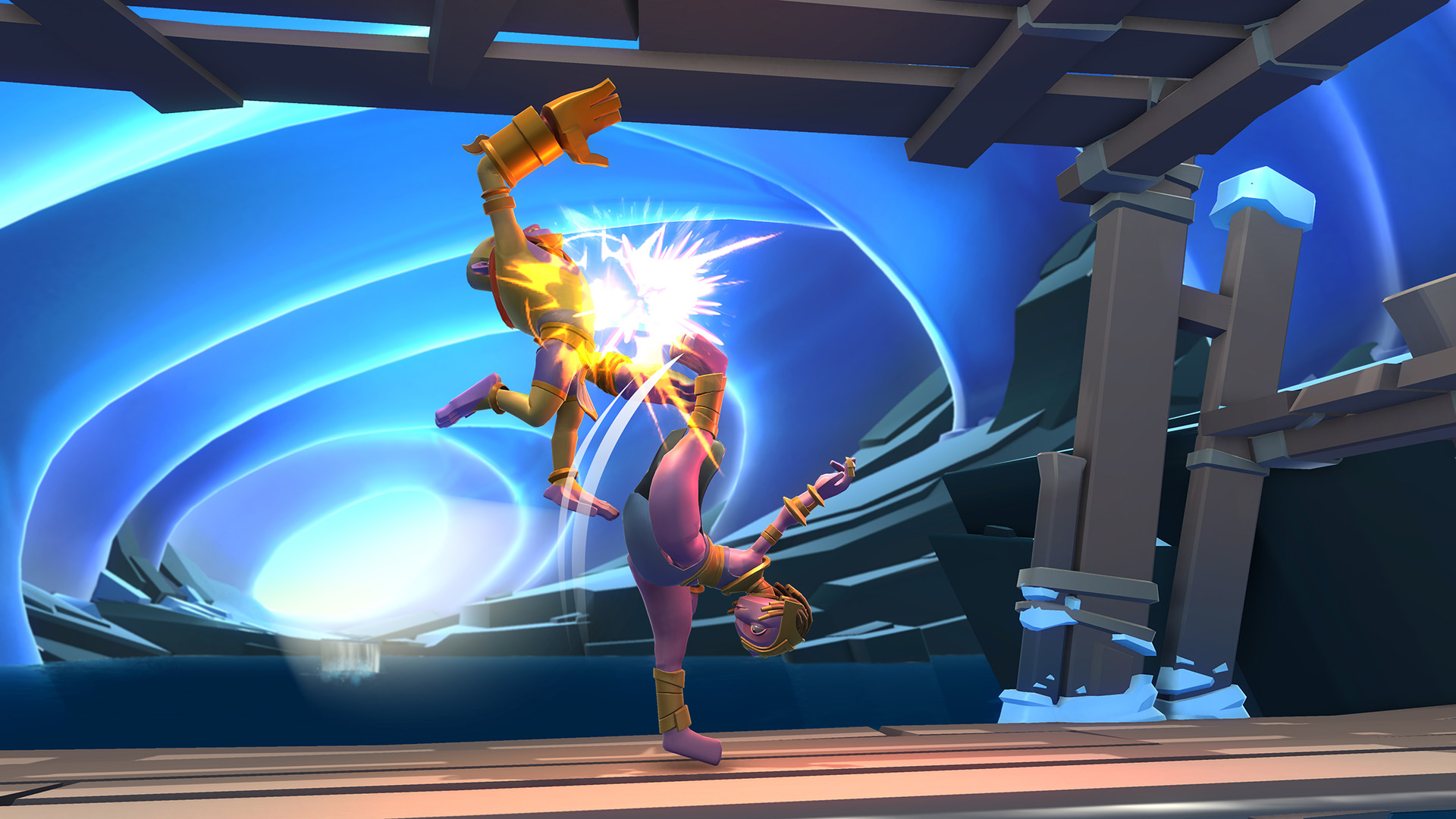 "The combat system doesn’t have any execution sequence. The combos are simple chains of a direction plus one of the attack or special buttons."

Will the stages play a key role in matches; say with destructible environments or hazards that can turn the tide of battles?

Many of the stages will shift their shape during battle and have dynamic elements (including destructible parts). We’ll try to stay away from random hazards, as they’re not always that fun, especially in tense battles.

Each stage will have at least 3 versions: The dynamic one, the more balanced one for competitive play and the flat one, for people who want to win only based on their reflexes and skills, and not blame it on the stage.

The game is especially interesting because it takes the combo-heavy nature of Street Fighter and Mortal Kombat. Do you think this will limit its appeal as a party game or is it more of an “easy to get into, hard to master” combat system?

The combat system doesn’t have any execution sequence. The combos are simple chains of a direction plus one of the attack or special buttons.

As opposed to what you might be used to from Smash Bros, we’ll have combo chains like AAAB, or sideA-sideA, or AA-sideA, to get more variation in the moves and combos. They all make sense once you start playing the game, so it’s not some hidden combinations.

What kinds of different modes will be in Brawlout? Can we expect any crazy custom missions or goals to complete?

There will be an epic single player campaign, with lots of tiny variations for each battle game rules. Other single player game modes will feature challenges, a survival mode, and a complex practice mode for polishing player skills to get into top-tier competitive matches.

Online will include casual matches plus ranked multiplayer. There will also be in-game weekly tournaments, using the Xbox Arena and PlayStation Tournaments features. The basic game modes, like Stock, Timed or Team Play will definitely make it in. For any other crazy suggestions, let us know what you think would be fun, and we’ll try to add them in! 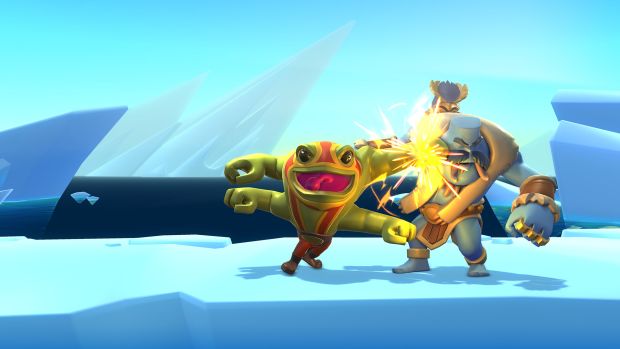 "We plan to release the game on Steam Early Access early February, and then release it on Xbox One and PlayStation 4 in Q2 2017."

How will 8 player local multiplayer support work? What challenges are you facing in the net code for online multiplayer and how are they being handled?

If you’re lucky to have 8 friends around, you just need to plug in up to 8 controllers and start playing.

We’ll probably design some larger stages, recommended for 8 player matches. Online play will probably only work for up to 4 players, as lag might occur, and we prioritize a smooth online experience.

The net code for a fighting game is obviously much harder to do, as compared to a RPG, for example. All our architecture is based on GGPO, which is the standard for the best fighting games out there.

Will players have online lobbies and other features to help them queue for multiplayer more easily?

The multiplayer match joining will happen seamlessly, without custom lobbies to wait around. In case nobody is playing at 7AM, you’ll be free to play single player matches and join an online game as soon as somebody pops up.

What is your competitive stance on Brawlout? Will you be looking to build some kind of pro-gaming following around it?

The competitive side is really important for us. We’ve been attending fighting game events like EVO and Super Smash Con, where some of the best Smash players gave us some amazing feedback, and we’ll continue balancing the game. We also held tournaments at major gaming events like Gamescom, PAX, EGX, Paris Games Week, and we’ve got some upcoming ones at PAX South, Beast 7 and Rezzed.

When can we expect Brawlout to exactly release? What kind of post-launch support, if any, are you looking at for the future?

We plan to release the game on Steam Early Access early February, and then release it on Xbox One and PlayStation 4 in Q2 2017. Post release we’ll keep balancing the game based on player feedback, add new characters, stages, game modes and online features.

I am sure you must have heard about the PRO and Scorpio, How do you rate Sony’s relatively more conservative approach with the PS4 Pro versus Microsoft’s more radical overhaul with the Xbox One Scorpio? Which excites you more, from a development perspective?

We’re super excited for both! It’s always great to play in 4K and see all the amazing details in today’s games. 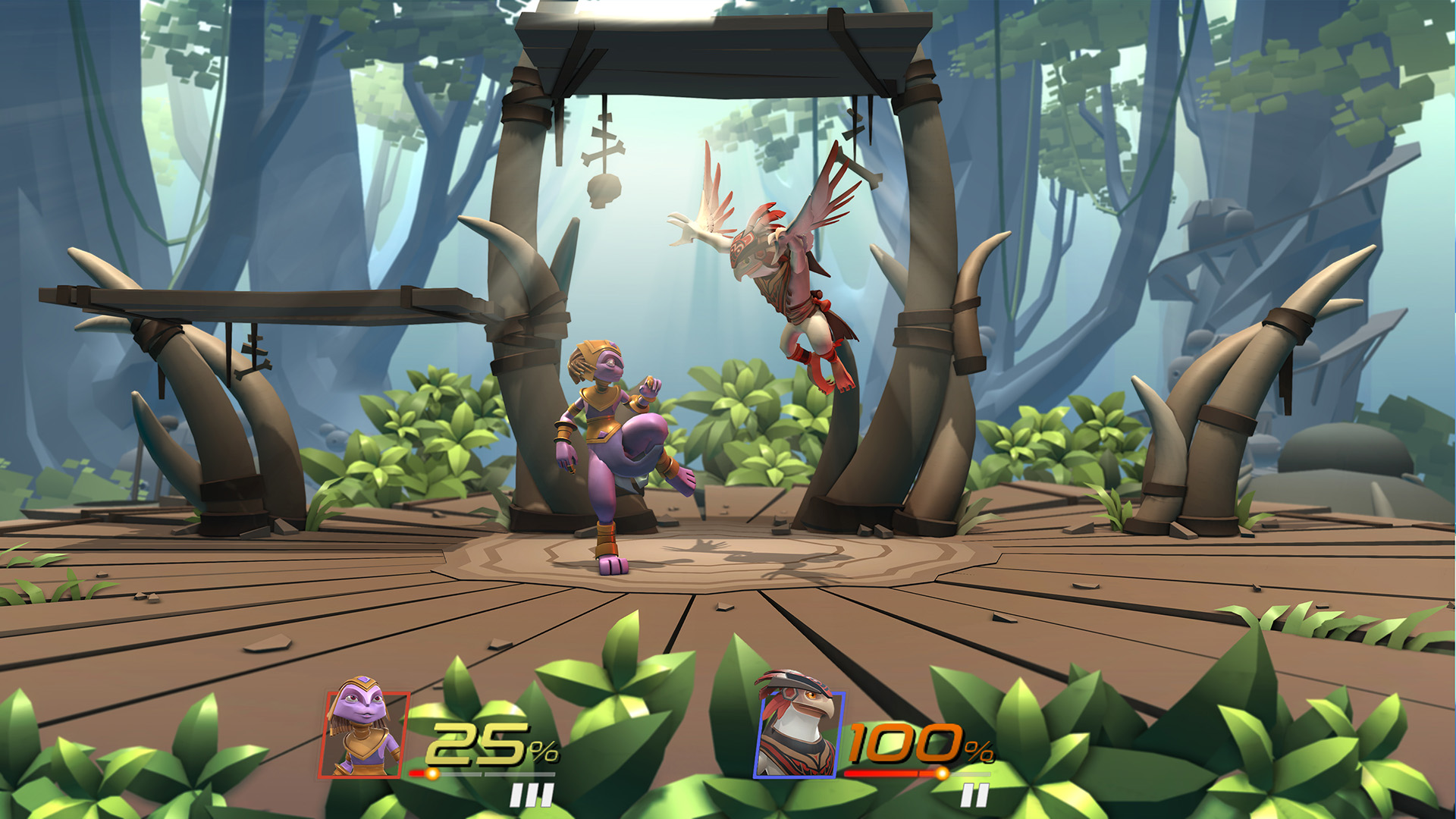 "We’re authoring the whole UI in 4K, so it’s already sharp and nice on the PS4 Pro. But if we didn’t have this, it would indeed require more work."

Sure, it’s usually easy to pump up the graphics, to take advantage of the extra processing power. If the games are designed for the Xbox One, they’ll look great on Scorpio. But if it’ll be the other way around, and the games will be pushed to the limits, to look amazing on the Scorpio first, it’ll probably feel like playing on an old laptop, when playing that game on the Xbox One.

PS4 Pro’s chief engineer Mark Cerny claims that supporting the PS4 Pro version is only about 0.3 to 0.4 percent of the total effort. What is your take on this?

That definitely depends on the game. Brawlout already works flawlessly, at >60FPS in 4K, so it wouldn’t be much of a problem in our case. For a smaller team, it’s definitely more work to support the PS4 Pro, as they require a separate Dev Kit, and some extra certification steps to check.

It always depends on the tools developers use. We’re authoring the whole UI in 4K, so it’s already sharp and nice on the PS4 Pro. But if we didn’t have this, it would indeed require more work.

With iterative consoles and Pro, do you think there will ever be a thing called PS5 in the future?