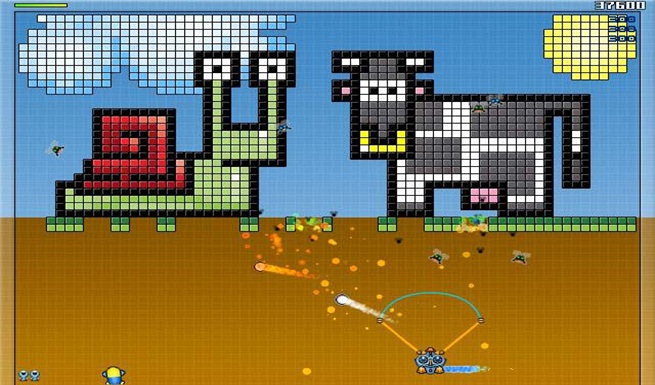 Beatshapers has announced that it will be releasing a sequel to its 2009’s BreakQuest, BreakQuest: Extra Evolution for the PS3, PSP and PS Vita on the PS Store via the PS Minis program next week, €3.99 in Europe and $3.99 in the US.

Some of the many new features the game will have are- 100 new levels; 10 new bosses, each with their special attacks; new space shuttles, each equipped with their special weapons; new energy shield mechanics which will help the player control the ball and will also include an endless Gravity energy; 21 achievements for players to unlock in-game; new power-ups and bonuses; new music tracks composed by the SandS band.

“BreakQuest: Extra Evolution is an unusual game: from one side it’s a full sequel to BreakQuest, one of the best block-breaking and genre defining games licensed to us by its creator, Nurium Games but from another side its completely new game which incorporates our vision and based on our inspiration from playing original BreakQuest.” said Alexey Menshikov, CEO and founder of Beatshapers. “What we made is took best game and design elements of original BreakQuest and rebuilt it from the ground using today’s approach to the genre.”