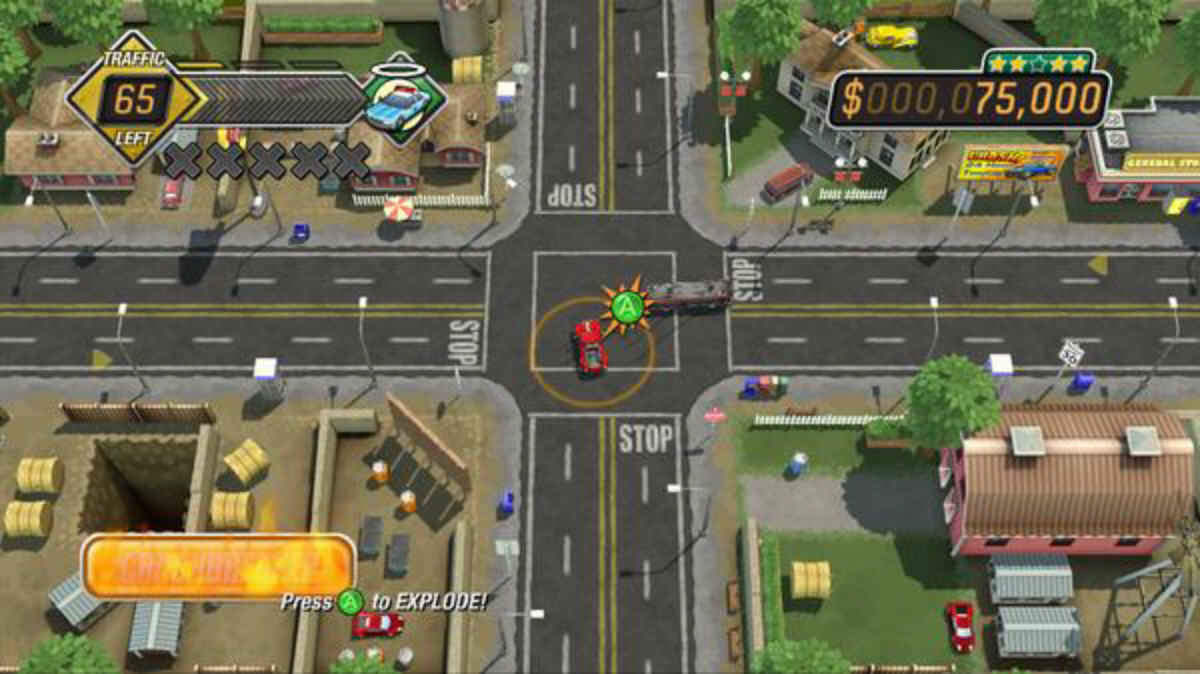 Burnout Crash is now available on PSN, and will be out on Xbox Live Arcade tomorrow. You can download the game for $9.99 USD or 800 Microsoft Points on PSN or XBL respectively.

Burnout CRASH! reinvents Criterion’s fan-favorite crash mode, offering accessibility and compulsive fun for those new to the series and gameplay depth for franchise veterans. There are three exciting game modes available across six unique locations and 18 crash junctions, each requiring different skills and strategies to maximize damage, debris and points. Gamers can also express their road rage with their whole body using the optional Kinect controls. With Kinect Party Play, up to 14 players can split into teams in turn-based gameplay and use gestural controls on one television to crash and burn in an all-out battle!