When you google “Catharsis in video game form”, one of the first results turns up the storied Burnout series. Exploding onto the scene back on the PS2 in 2001, the series started fairly underground before really picking up speed when EA picked it up. Oh, uhhh… spoilers?

What originally set, and kept Burnout apart from their competition throughout the entire run of the series was how they turned the goals of a racer on its head, asking players to take big risks by driving against traffic, ramming their opponents off the road and a general disregard for safety, all wrapped together with what were at the time very technically impressive car crumpling slow-mo shots that just fulfill some primal thrill. The original title had some rather humble origins for what it would become though, as an under the radar gem published by Aklaim.

The game featured a collection of cars that would get it laughed out of the locker room when you put it beside racers today, and their hundreds of customizable rides, with a small grouping of 9 cars in four different classes, all ranked by how easy they are to handle in the game’s championship events. From a Supermini to a Bus, players have to barrel through oncoming traffic and cross busy intersections at speed if they want to make it into the winners circle, building boost through more daring feats like near-misses against traffic, and weaving through the wrong lane. 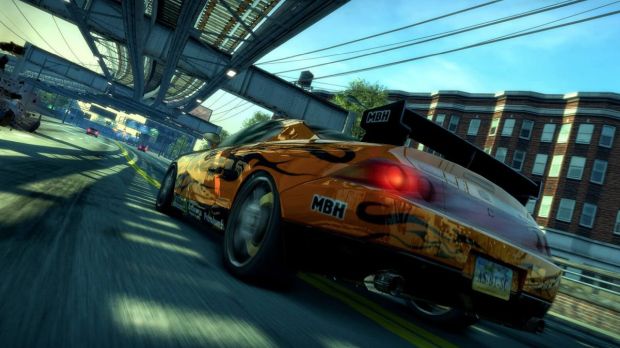 While the game didn’t see much mainstream recognition at this level, it certainly had fans of the over the top driving and detailed, at least for PS2 standards, crash physics. The popularity of which inspired the series insanely popular Crash Mode, which debuted in Burnout 2: Point of Impact on PS2 just over a year later. While the championship remains very much the same, Crash mode places the player onto specially designed situations with tons of traffic, and asks them to aim for a high score by managing to cause as much havoc as possible.

The Crash Mode, as well as other additions to the standard gameplay loop like Pursuit Mode, where you had to take down a criminal car to unlock it, really resonated with racing fans, and is where the Burnout Series first really came into its own, with sites like Gamespot, GameSpy and Eurogamer granting the title insanely high accolades, praising the game as one of the most compelling arcade driving titles of it’s era. A more diverse range of vehicles with more apparent stat differences between them helped raise the star of the series just a bit further, but it would take one more game before things really took off.

With the fall of Aklaim in 2004, Burnout 3: Takedown and all subsequent entries in the series were published by Electronic Arts, though still developed by Criterion. This wasn’t always going to be the case however, with the studio and publisher having previously fallen out over creative differences over a skateboarding game. Burnout 3 only was made after EA came back to the studio, and made the game happen with the condition that EA would have no say in the creative process. It turned out very well for them.

With Criterion’s firm hand still very much on the wheel, they took a “If it’s not broke” approach to tuning the series and introduced the Takedown mechanic, which made the already adrenaline filled racing experience that much more personal. Players were able to slam other racers into crashes, and have that tie back into the all important boost mechanic, encouraging players to not only dart between traffic, but to get their sonic sumo on as opposing players worked to disrupt their rhythm. This final piece of the puzzle felt like it finally completed the Burnout experience, and both critics, and thanks to a little bit of EA marketing money, gamers just adored the highly tuned racer. 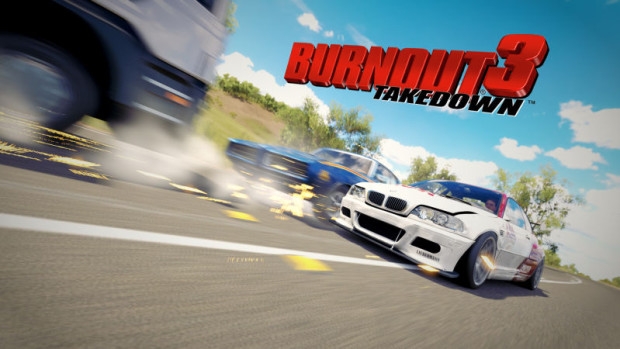 Burnout 3: Takedown went on to receive an impressive collection of awards, including two magazines even ranking the title as Game of the Year. Remember that this is the same year we saw Grand Theft Auto: San Andreas, just to put into perspective the heights that the series had risen to. For the first time, a Burnout game was dominating the sales charts just as hard as its hardcore players were dominating on the track, with regions like Australia seeing the game hit top 10 for both Xbox and PS2.

Even today, Burnout 3: Takedown is considered a highlight and triumph not only for its series, but for arcade racing games in general. General consensus is that the game easily stands with the best titles on the two sixth generation systems with its track design, mode selection, sense of speed and varied modes. The standing 94% on Metacritic for the Xbox version speaks for itself.

With this third title having Criterion and Burnout easily among the pantheon that once belonged to Need for Speed and Gran Turismo, unfortunately the only place to go from the top is down. The 2005 follow up in Burnout Revenge was decidedly given a different direction, with a grittier aesthetic that pushed the takedown mechanic even more into the forefront. Alex Ward, Director on most of the series, would later comment that while they purposely didn’t want to just create Burnout 3 again, he doesn’t believe that any of the games following quite captured the same spirit.

Between Burnout Revenge, which allowed players to check traffic into other racers and went full Michael Bay to the slight detriment of the skill that racing took, and their true follow up in Burnout Paradise, we have a quick aside to the black sheep of the series, Burnout Dominator. No, we… we don’t talk about the underwhelming handheld games. While EA used Criterion’s name, they were busy creating Paradise and so, EA UK took the reigns on the one and only game since the original Burnout to ditch the lauded Crash Mode, among other elements such as traffic checking, online multiplayer, and racing wheel support. The game saw a noticeable drop in critical reception, which tends to happen when a game is so obviously pushed out to stall. But if the Burnout series was only going to get one more lap, what Criterion had in the garage was worth waiting for.

The last official release, aside from an App Store Crash spin off, to this very day is Burnout Paradise, which came out of Alex Ward wanting to bring a little bit of Crackdown into the Burnout series. The concept took the form of a racing game without defined tracks, and a spider web of roads making an open world in which players can explore at their leisure and take on events in any order they choose. The tiny world of Paradise City is a bit cute ten years later, releasing in the same year as a game like Forza Horizon 4.

Despite lack of any real faith from EA next to the Need for Speed series, Burnout Paradise rocketed to the top of sales charts, selling over 1 million copies within three months of release, and provided the foundation upon which racing games are being built upon until this day.  While it didn’t quite hit the heights of Takedown, Paradise managed a Metacritic within the 80’s depending on which platform you looked at, and took many Best Driving Game awards for the year.

Given the heights and acclaim that the studio had brought themselves, it almost seems like Burnout just stalled for no real reason. The fact that EA could rerelease the last entry in the series ten years after the fact as Burnout Paradise Remastered, and critics found that time had done very little to dull the adrenaline rush that the game embodied speaks to the passion and creativity of the team. The influence of the series lives on within Need for Speed and Forza Horizon. So what gives? At first, nothing gave at all. Criterion was handed the keys to a new ride, which EA had happily given when Criterion developed 2010’s Need for Speed: Hot Pursuit, and then 2012’s Need for Speed: Most Wanted. Both sold pretty well and got decent critical reception too. But the team was a bit hamstrung by the expectations of Need for Speed. The heart just wasn’t in the games anymore, and the fast action definitely wasn’t either.

Criterion simply slipped back away into the shadows as their brand and baby was thrown aside, eventually leaving studio creator and director, Alex Ward to publicly put out on Twitter that the studio was moving away from racing games. A mere four months later, in September 2013, 80% of the staff was moved to Ghost Games UK to work on Need for Speed, leaving a tiny 17 person team to be the shell team we now know as Criterion, helping create vehicle segments for DICE. 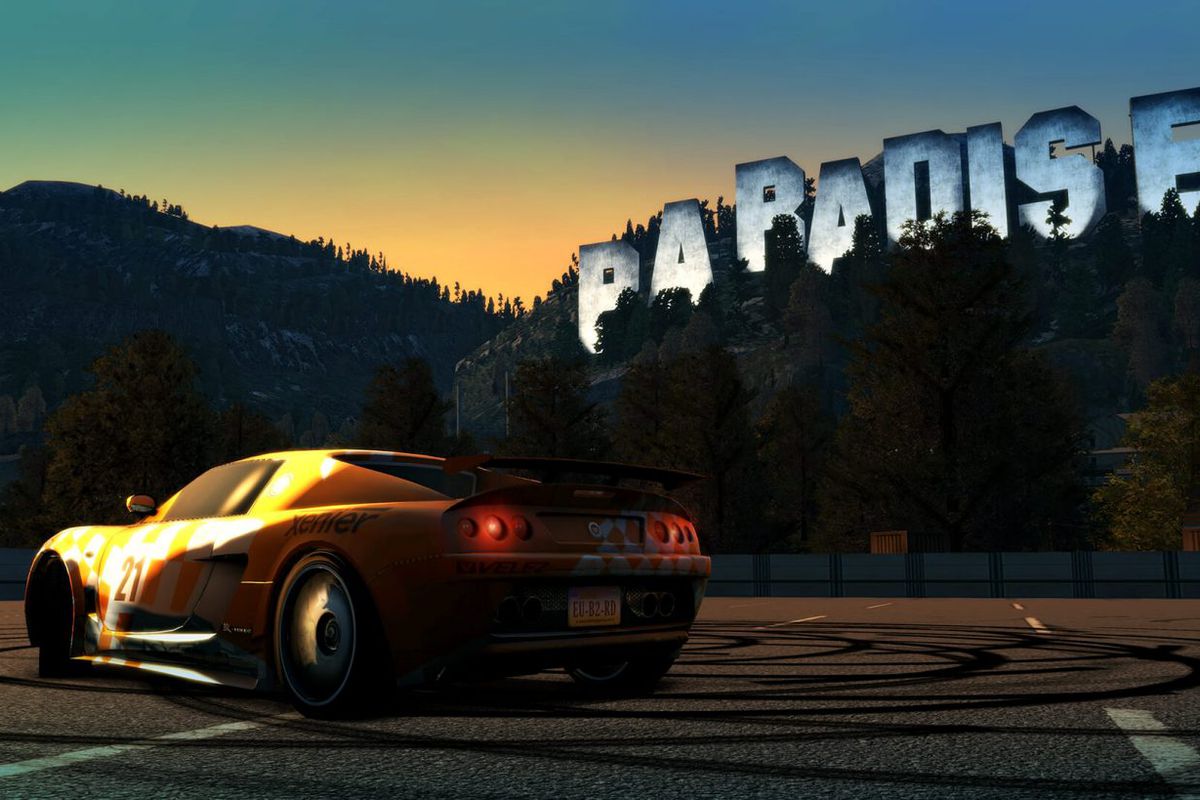 There’s a world out there where EA cultivated the Burnout series for the interesting titles that they were, right alongside Need for Speed. But this is the darkest timeline, and the slow fall of Criterion and the Burnout series go hand in hand, as the minds behind one of the best arcade racers on PS2 slowly, surely got mulched into a support team for pod racing. No EA, it was not a good trick.