Sledgehammer Games boss Glen Schofield hypes up the next Call of Duty. 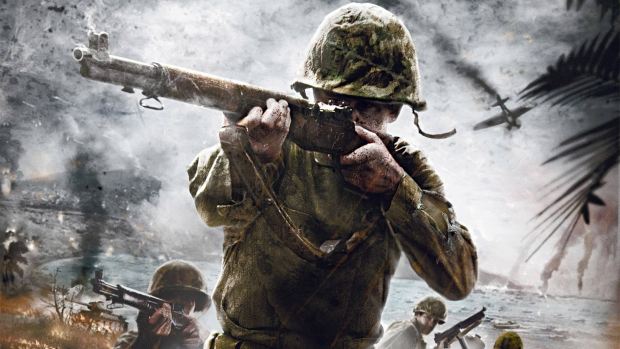 Sledgehammer Games boss Glen Schofield has been talking about the upcoming Call of Duty instalment for this year, and he sounds excited, to say the least. Although, while speaking of the game and what it might feature or even when it might be revealed, he remained tight-lipped, while getting a in a few quips and jokes.

All he said of the game to begin with was the fact that the game would have “boots and ground” and “some roots”. That’s… not really anything at all, to be honest, but Schofield recognizes that, and says that he wishes to talk of the game soon or else he might implode. Us too, man, us too.

He did, however, promise players that when the game finally is revealed, people are “gonna go nuts”, before claiming that it was gonna be Sledgehammer’s best game yet.

Finally, when he was asked when the game might be revealed, he said that he’s just a game maker and has no idea when might that be. He joked that in a meeting with Activision, when they talked about the reveal date, he sneezed, so he has no idea when that might be.

Well, we’re excited too. Apparently, Call of Duty 2017 will be going old school with a focus on traditional combat, since the sci-fi setting of Infinite Warfare did not work really well. Read all about it here.

There's nothing I can say about the game except there are boots and ground and I guess some roots. I hope I can talk soon or I may implode.

@FaZeJev Nothing to worry about. Wait until we reveal. You're gonna go nuts. Our best yet dude! Man, I'm so psyched to show it…someday.

@BrendonGorrell2 don't know. I just make the game. Actually I was in a meeting and just when they said the date, I sneezed. Didn't hear it.