There will also be a new rendering system for enhanced photorealism. 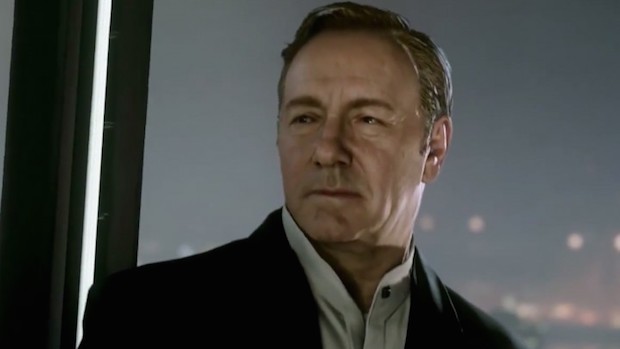 Those still skeptical about Sledgehammer Games’ commitment to providing better visuals with Call of Duty: Advanced Warfare can take heart that the game will be using a new facial animation system for its expressions. That was briefly gleaned during the monologue Kevin Spacey’s character Jonathan Irons delivered in the reveal trailer and it’s only the start according to EDGE in a story that analyzed the game’s new facial animation tech.

“There is no question that this particular Call Of Duty throws up an unusually long list of things to talk about. First, there are its origins at Sledgehammer Games, a studio that contains many of the people who created the first – and best – Dead Space at Visceral Games, and who are convinced that one of the things they can deliver this time around is a coherent, meaningful storyline.

“Then there’s the game’s new facial animation system, powered by technology and techniques that will also be used in the production of James Cameron’s Avatar 2. There is Advanced Warfare’s audio design, whose aim is to replicate not only the sound of letting loose with heavy firearms, but the torso-invading feel of it too.

“And there is Sledgehammer’s broad goal for the game’s visual appearance – photorealism – something it achieves in places thanks to a combination of its new rendering technology, an abundance of data sourced from the real world, and the application of its artists’ expert hands.”

If that’s a true advancement of the franchise, then what is?