Best Call of Duty game yet?

Call of Duty: Black Ops 2 is shaping up to be a terrific game based on all the details that leaked out of GamesCom, but we have more that fans will enjoy reading. Treyarch’s David Vonderhaar has revealed a lot of details on a podcast with Dan Amrich who is the social media manager for Activision.

Here’s what he had to say on looping scorestreak rewards, “It’s something we are pretty happy with at this point. It does wrap around, but you can’t earn more than one of a type. Let’s say you took UAV and Counter UAV. If you earned the UAV then earned the Counter UAV, you’re going to start buildingagain for the UAV — but if you haven’t spent it, if you haven’t called it in or activated it, you’re not going to get a second one.

“You’re just going to get notified that you’re back at that part of the chain. You would definitely want to activate those scorestreaks so when you loop, you’ll get them again. It’s not like Black Ops 1, which is they just keep going forever and you effectively have to die to loop. You don’t have to die to loop at any point; you’ll just keep looping.”

If you do not camp in the game and play aggressively the game will reward you, he added.

“There are definitely events, particularly in objective-based game modes, where you are going to get more score for being on the aggressive side. For example, capturing a flag required you to get a flag in the first place. Those things are harder to do than, say, sitting at the back of your base, defending your flag. So those aggressive-style actions usually award more score, in general, because guys who are out trying to do those things die a lot more than the guys at the back of the field.” 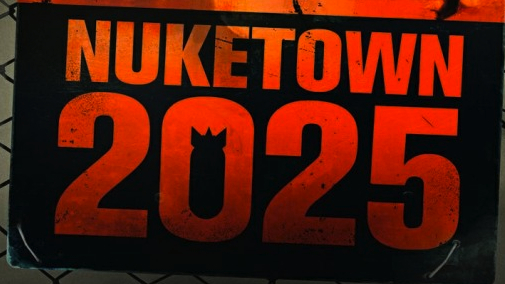 He also revealed some details on the leveling up system and some minor things about equipment and gears.

“When you start at level 1, you will start leveling up and you will get to level 4. You will unlock create-a-class and you will have four unlock tokens, one for each level. You will then have a range of things you can spend those unlock tokens on — but not everything. By the time you’re up to level 55, you have — surprise — 55 tokens. So along the way, you’ve been deciding how to spend those tokens on content that’s been level-gated. Level-gated content includes all the weapons, all the perks, all the equipment — tactical and lethal grenades — as well as the wildcards. Those things are all level-gated and they all require tokens to unlock.

“Bam, I’m level 55, I have 55 things from anything that was available in create-a-class — but only 55, because you only get 55 tokens and there’s over 100 pieces of content. That’s 1 through 55. You go and you Prestige…the way we’re looking at this right at this moment in time is, because you’re Prestige, you can pick out one of those things and hold on to it as you continue through the Prestige progression. So 1 through 55 is set in stone, we’re happy with it. What we’re working on right now is making sure Prestige feels just as good.”

Call of Duty: Black Ops 2 will be released on November 13 for the PS3, Xbox 360 and PC and based on all the details so far it seems to be the best Call of Duty game.