Call of Duty: Black Ops 4 Wiki – Everything You Need To Know About The Game

Everything you need to know about Call of Duty: Black Ops 4.

Call of Duty: Black Ops 4  is going to be the first mainline game in the series to not feature any sort of a single player campaign whatsoever, while on the other hand, it will also be the first Call of Duty game to have a battle royale mode.

Call of Duty: Black Ops 4 is the second game to be made by Treyarch since Activision adopted a three studio rotation policy for the Call of Duty franchise. Development on it began shortly after Black Ops 3 launched in late 2015. When Black Ops 4 was announced, Treyarch confirmed that it would launch with no single player campaign. Following this announcements, reports started to emerge that the campaign had been cut from the title due to fears that development on it would not be finished in time.

However, while addressing this speculation, Treyarch went on to confirm that the decision to drop the campaign from the title was made very early in development, due to the fact that they felt most of their community spends the bulk of its time on the game’s multiplayer modes, and that the vast majority of people began playing the online multiplayer in Black Ops 3 without finishing the campaign. As such, they made the decision to instead focus solely on the online component, supposedly even going on to invest more in fine-tuning, creating, and balancing weapons.

Activision have, however, confirmed that Black Ops 4 not having a single player campaign does not necessarily set the trend for the franchise, and future Call of Duty games (even the 2019 title being developed by Infinity Ward) might have a single player narrative driven campaign. 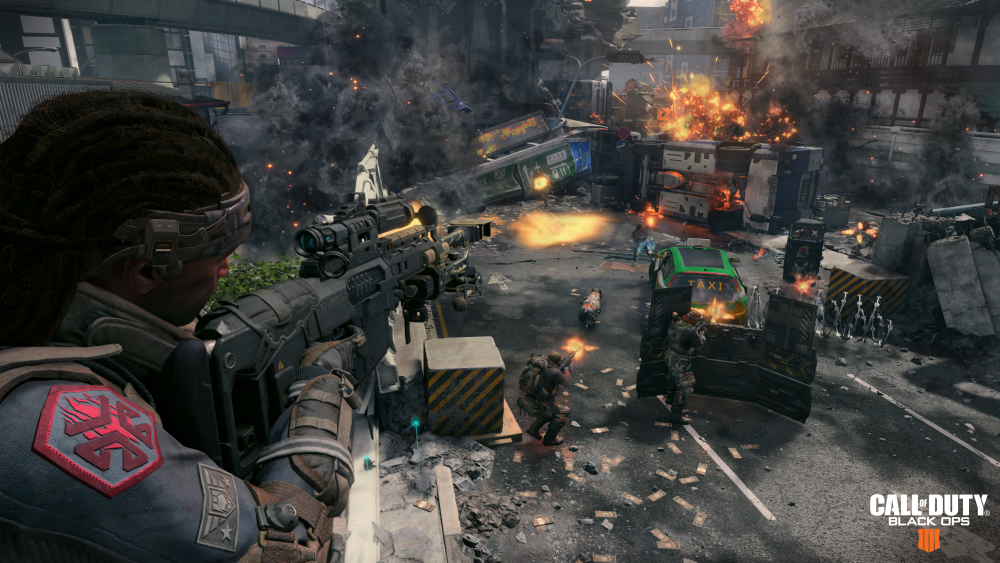 While recent Call of Duty titles like Black Ops 3, Advanced Warfare, and Infinite Warfare had constantly been moving in a sci-fi direction and, as a result, speeding up gameplay by adding in mechanics that were steeped in their settings, 2017’s Call of Duty: WW2 chose to go back to a more boots-to-the-ground approach. Black Ops 4 will continue on that path. Though it still takes place in a sci-fi setting and is not as “boots-to-the-ground” in its approach as Sledgehammer’s WW2, it aims to be considerably more grounded than Black Ops 3 with the aim of slowing gameplay down. To that end, the game will no longer have wall-running mechanics (though things such as power sliding will still be featured). Additionally, Black Ops 4 also doesn’t have regenerating health. Instead, players will have traditional health bars that will deplete as they take damage, and will have to be manually replenished by using health packs. These health packs, on the other hand, will be regenerated shortly after use. Weapon recoil has also been reworked to make it more predictive, according to Treyarch.

In the absence of a single player campaign, Black Ops 4 will place its complete focus on its online multiplayer, its new battle royale mode, called Blackout, and its co-op centred Zombies mode. Staples such as Scorestreaks will obviously be returning, while it’s also been confirmed that the Pick 10 Create a Class system is coming back as well. Multiplayer will place a larger emphasis on tactical gameplay and teamwork during competitive matches. Additionally, more focus has also been put on customization. Each weapons will have something called “Operator Mods”, which will supposedly allow players to customize their weapons as they see fit (to an extent). Meanwhile, weapon attachments will now also be ranked by tiers, with attachments belonging to a higher tier obviously having a larger impact on stats of weapons and how they perform.

Seven new online multiplayer mode maps have been confirmed by Treyarch for Black Ops 4. These are Contraband, an uncharted island off the coast of Colombia; Frequency, a mountainous listening station in China; Gridlock, a Japanese metropolis urban location in the middle of a bank heist gone wrong; Hacienda, a vineyard located close to a lake in Spain; Payload, an ICBM launch facility in a mountainous region in Iceland; Seaside, a coastal town in Spain; and Arsenal, on which details haven’t yet been revealed.

Similar to Black Ops 3, Black Ops 4 will also feature Specialists, soldiers that players will have to choose between, each of whom will have unique skills and abilities. There will be ten Specialists included in the game in total, out of which four will be brand new additions, and six will be returning from Black Ops 3. The new additions will be Crash, a support unit with healing and ammo replenishing abilities; Ajax, who is armed with a 9-bang grenade and a ballistic shield; Torque, who can place hazards such as razor wires and barricades with microwave fields; and Recon, who comes with Vision Pulse and has a Sensor Dart to reveal locations of nearby enemies on the map.

Returning Specialists from Black Ops 3 are Seraph, Firebreak, Nomad, Ruin and Battery. Each of the ten Specialists will also have dedicated Specialists Missions, which will be skill-based narrative-focused solo missions that each focus on the backstory of a single character.. Multiplayer will come with several modes, and among the ones that have been concluded so far are the traditional Team Deathmatch, Search and Destroy, Domination, Hardpoint, and the all new Control. 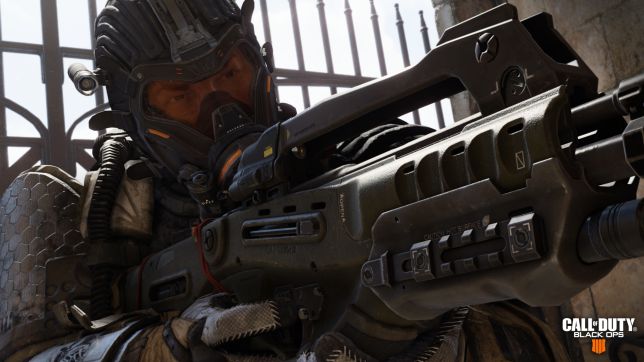 Meanwhile, Zombies mode will be returning as well. It will once again be a four player co-op mode. The maps included in Zombies in Black Ops 4 are Blood of the Dead, set in Alcatraz prison; Voyage of Despair, which takes place on the Titanic; and IX, which takes place in an arena in Ancient Rome. Voyage of Despair and IX will form a new Zombies storyline called “Chaos”.
Nikolai, Dempsey, Richtofen, and Takeo (collectively known as Primis) will be returning as central characters in the Aether storyline, while Chaos will feature a cast of four new characters: Diego, Scarlett, Bruno, and Shaw. Zombies mode will also allow for greater customization options for players, such as allowing custom loadouts for weapons and perks in ever match, a feature that was also included in the Zombies mode in Call of Duty: WW2. Players will also be able to customize the rulesets of Zombies matches, with upto 100 customizable variables, including the speed of zombies, health, and more. Black Ops 4 will also receive continuously updated timed events in Zombies mode.

Call of Duty: Black Ops 4 will also have a battle royale mode called Blackout, a first for the series. It will feature the largest map in the history of the series. Blackout will also allow players to operate land, sea, and air vehicles.