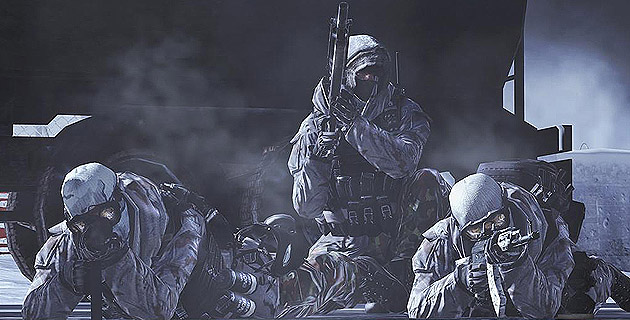 Treyarch’s Dan Bunting revealed on Major Nelson’s podcast that the first Call of Duty: Black Ops DLC entitled “First Strike” that will be out February 1st, 2011 for the Xbox 360 while Playstation 3 and PC users will have to wait with it being a timed exclusive.  Sorry PS3 Fanboys 🙁  Oh yeah and suprise, suprise the DLC will run you 1200 MS Points/$15 thanks to everyone who immediately bought the Modern Warfare 2 DLC with out any hesitation at all that they were being ripped off.  (Google boycott folks.)

At least this DLC comes with a Zombie map though called ‘Ascension’ with more info like videos and screens coming soon.  The ‘First Strike’ Pack will also have four new multiplayer maps entitled Discovery, Kowloon, Berlin Wall and Stadium. The Berlin Wall map is set at ‘Checkpoint Charlie‘ which is a somewhat famous area in Germany. Kowloon and Discover are places you visit during the single player campaign while the Stadium map is set in a fucking hockey rink! Yes that is right, you didn’t mishear that you will be able to blow people heads off in an athletic complex type hockey rink map. That should be fun after being raped for $15. More media is on the way so stay tuned.

Thanks you PressXorDie and here is Major Nelson’s Podcast where it was revealed.