Now Available for PlayStation 3 and PC

Call of Duty: Black Ops II Uprising DLC Map Pack was previously only available exclusively on Microsoft’s Xbox 360, however the timed-exclusive deal has ran out and is now available on the PlayStation 3 and PC.

There is no mention of the DLC for Black Ops II on the Wii U whatsoever so it’s safe to assume that the Wii U owners will be left out of the additional content for.

Here are some details from the press release that talks about what’s included in the Uprising DLC Map Pack: 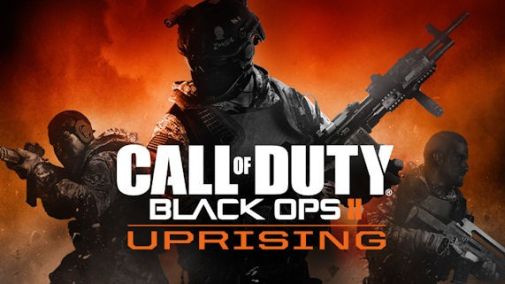 – Studio – A contemporary re-imagining of “Firing Range,” the fan-favourite multiplayer map from the originalCall of Duty: Black Ops.  “Studio” is a Hollywood movie back lot with a variety of cinematic themes that range from Sci-Fi to the Old West.

Fans can purchase Uprising as a standalone Map Pack for a suggested retail price of £11.59 for PS3 and £11.49 for PC. Call of Duty: Black Ops II game sold separately, and is required to play this Map Pack.”

Let us know if you’ll be buying Uprising for Call of Duty: Black Ops II on your PlayStation 3 or PC in the comments below.

Check back on GamingBolt for more news.