The latest issue of OXM has spilled some very large beans on the upcoming Call of Duty: Black Ops. 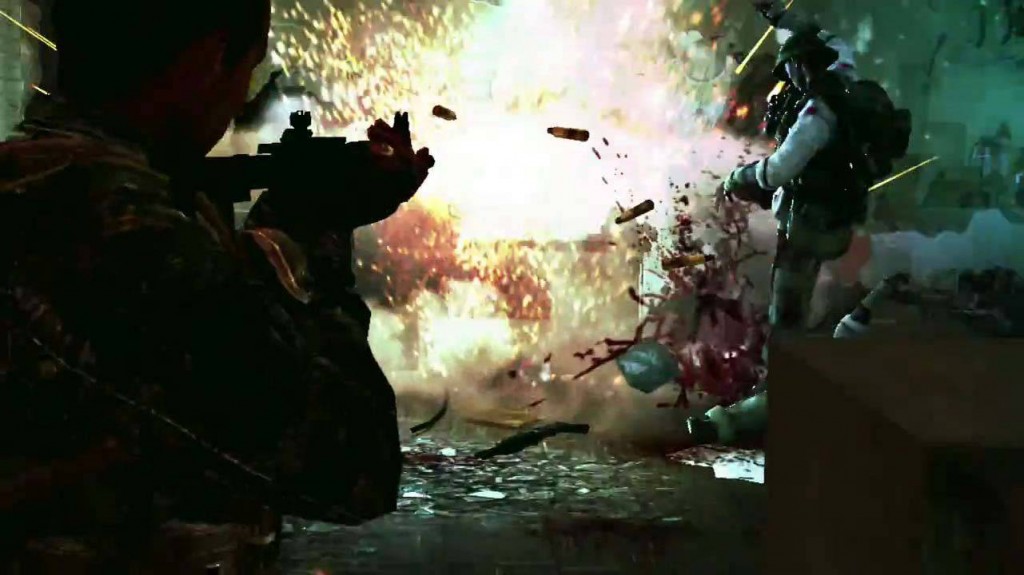 – You will be fighting the North Vietnamese Army in certain missions.
– Vehicles will be making a comeback, but “not in the way you remember them from WaW”.
– There will be “dedicated co-op” with separate levels.
– Treyarch also has the following to say on Nazi Zombies 2, “We really like the zombie mode, and as I mentioned I can’t talk about the co-op mode other than to say that one of the reasons we love it so much is that it feels like it was a fan-adopted mode,” said Treyarch head Mark Lamia.
Lamia asked the interviewer if he wanted the mode to return, which was answered with an inevitable ”Yes.” Lamia replied, “Okay. Well all I can tell you is we listen to our fan base.”
– A multiplayer beta is being “considered”
– Treyarch will be doing more thorough testing of it’s maps after the under-the-map glitches found in World at War.
– Alterations to the matchmaking service will “make it easier for [players] to get into games with their friends.”
– Multiplayer maps will reflect into the single player campaign.
– Create-a-Class 2.0 will allow you to customise yourself like never before.  This should include kit and appearance items as well as perks.
“Payback – This sees you clearing out a helicopter crew before jumping into the helicopter, take off and…you’re controlling it!  It would be easy to slide into cynical gamer mode and expect to be relegated to mini-gun duty, but you’re actually controlling the helicopter.”
“The evolution Treyarch has undergone between World at War and Black Ops feels very familiar.  In fact, we don’t have to look far to figure it out.  We saw this exact kind of “oh-ha!” corner-turning in game design and execution from this very franchise back when Infinity Ward leapt from A-list to the AAA-list between CoD2 and the first Modern Warfare.”
And if that doesn’t have you chomping at the bit, we have some new scans for you to feast your eyes on. Check them out below. 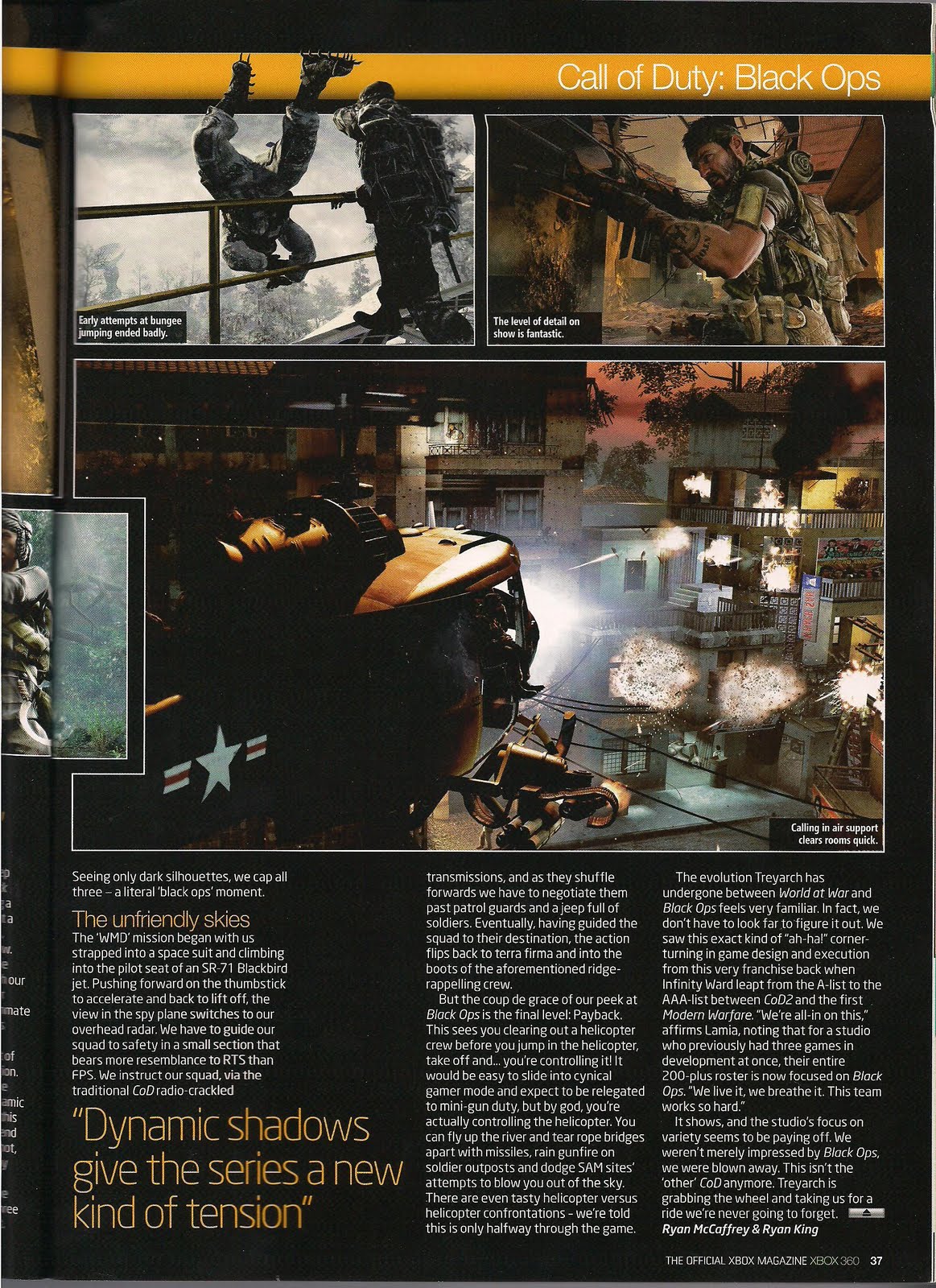 Thanks to Boyle111 for the scans.