Presumably, it launches on Xbox One and PC a month later. 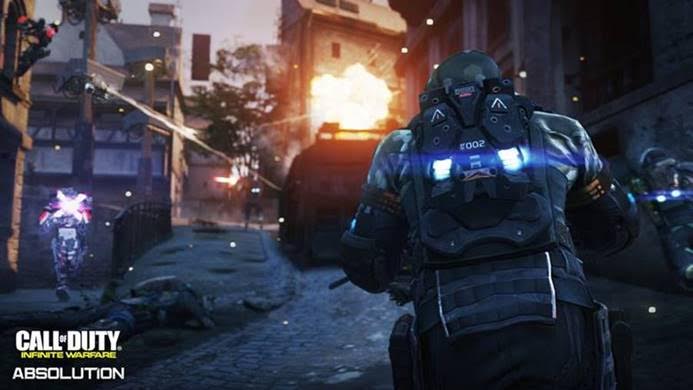 Call of Duty: Infinite Warfare‘s next DLC is called Absolution, and it’s almost here. The DLC adds four new multiplayer maps, as well as a new zombies co-op experience called Attack of the Radioactive Thing!, which continues the cheesy Zombies experience that fans have come to know and love over the last few years.

“Our team couldn’t be more thrilled to introduce another wild, twisted zombies experience in Attack of the Radioactive Thing!, which continues the story and adds some awesome new gameplay,” said Dave Stohl, Studio Head of Infinity Ward. “For our multiplayer fans, we’re delivering four diverse maps that reward the different gameplay styles our community has embraced since the game launched last year. We can’t wait.”

Call of Duty: Infinite Warfare is available for Xbox One, PS4, and PC. The DLC will be launching on July 6 for PS4 first; presumably, Xbox One and PC get it a month later.