At San Diego Comic Con (via DualShockers), developers Infinity Ward unveiled the cast of characters for the single player campaign mode of Call of Duty: Infinite Warfare, including the main character that you will be playing as, as well as the characters that will accompany him.

The characters include Captain Nick Reyes, who is the main character, and a part of the Special Forces, put in charge of the carrier Retribution; Lieutenant Nora Salter, Reyes former partner, and now his subordinate, who’s a complete and total badass; Ethan, a combat robot assigned to Reyes; Staff Sergeant Omar, a very loyal, good old fashioned soldier, who also doesn’t much care for the recent introduction of robots into the battlefield, leading to tension between him and Ethan.

It’s a nice, if typical, cast of characters- let’s just hope that the actual campaign isn’t as underwhelming this time around as it has been for the last few years (especially with last year’s Call of Duty: Black Ops 3, which completely squandered all the potential that its setting had in its campaign). Infinite Warfare launches this November on PS4, Xbox One, and PC. 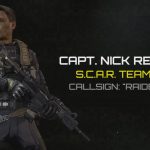 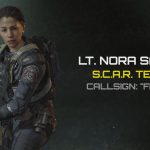 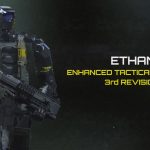 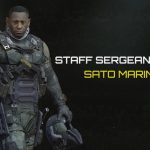