An ex-artist from Infinity Ward shows off what could have been.

The Zombies mode in Call of Duty became something of a long-running staple for the franchise, and in the years since it’s incepton, it’s progressivly grown bigger. That why it was surprising that last year’s Call of Duty: Modern Warfare dropped the mode. Maybe those resources went to the battle royale Warzone instead this time around- it’s hard to say. But it does seem there were plans for one at some point, and we’ve got our first look at it.

Ex-Infinity Ward artist Aaron Beck took to his official Instagram to show off three pieces of concept art for the canceled Zombies mode we could have gotten. It features zombies (surprise), but it also seesd like it had a human enemy element, too, as it has a Russian solider using robots to restrain and possibly control the zombies.

Beck had this to say about it: “Finally got clearance to share more art from Modern Warfare! So to begin here’s an unused concept from early in production. I was thinking it would be fun to play with the classic Call of Duty zombie gameplay, hinting here at some sort of Russian special forces soldier and his duo of quadruped robots, holding captive zombified soldiers by leashes around their necks.”

That would have been an interesting twist, but it’s unclear how far along the concept got. As of now there’s no announced plans for a Zombies mode in either Modern Warfare or Warzone, but the next game in the series is rumored to be a new entry in the Black Ops series, so it’s very possible it could return there, since that series was where Zombies really took off. 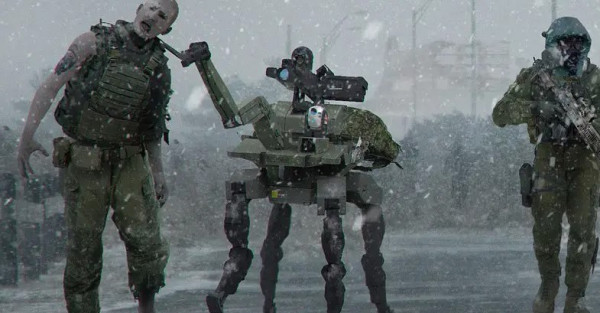 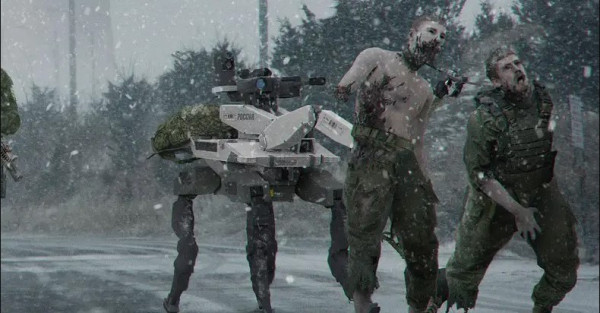 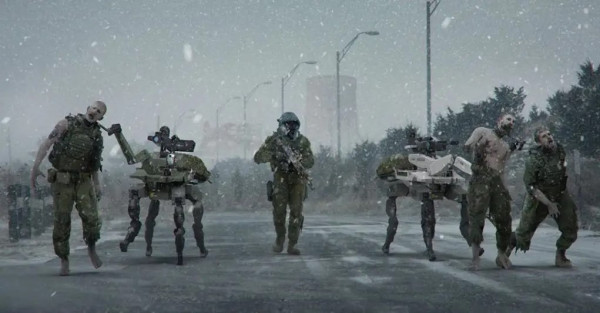