Call of Duty: WW2’s The War Machine DLC Has Officially Been Announced

Coming to PS4 first, as always. 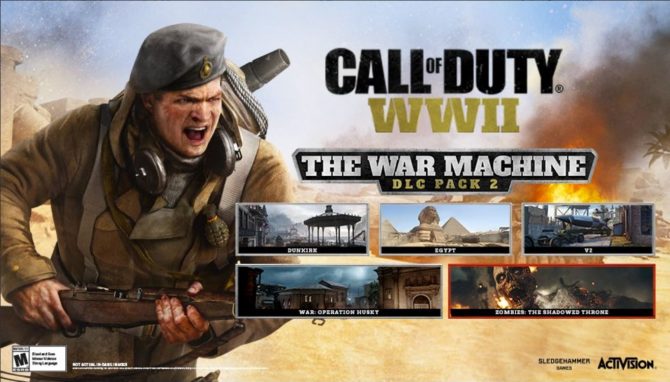 That the next DLC pack for Call of Duty: WW2 would be called The War Machine has been known for some time, thanks to premature listings on online stores, as well as other associated and similar leaks. Today, that was confirmed officially, when Activision and Sledgehammer Games announced the map pack, which will be the second bit of DLC released for the game since its launch last November.

The War Machine will add three new maps for the multiplayer mode, as well as one new map for War Mode. And of course, no new DLC for Call of Duty will be complete without a new addition to the Zombies Mode, which The War Machine obviously includes as well.

Call of Duty: WW2: The War Machine will launch on PS4 on April 10, and will be available on Xbox one and PC on May 10, 30 days later. The game itself is available now on PS4, Xbox One, and PC.