Call of the Sea Review – Stranded

An intriguing presentation bogged down by an unhelpful puzzle system.

One of the major differences that sets the best puzzle games apart from the rest is how well they respect your time. The best of the best are there to give you a challenge and make you think but are clear about their mechanics and don’t run you around aimlessly. Less enjoyable puzzle games are less transparent about their systems, excusing unclear mechanics and subpar signposting as further methods of challenge. Call of the Sea falls into the latter category. Its Lovecraftian setting and enticing story fall to the wayside in favor of a frustrating, unsatisfying set of puzzles whose solutions are usually found more through gaming the system than through true deduction. There are flashes of brilliance and interesting visual sequences, but the lack of clarity in the majority of the puzzles at the heart of this puzzle game overshadows the rest of the game’s promise.

Call of the Sea is developer Out of the Blue’s first title as a standalone studio and walks a line between a narrative-focused walking simulator and a puzzle-filled dive into a mysterious island, sometimes blatantly alternating between the two. The walking simulator aspect follows in the proverbial footsteps of those that came before it, most notably Firewatch. As you join the protagonist Norah on her mission, you’re told very little about what she knows and who she’s following, only that she has a long-term illness and is following the trail of her husband’s expedition on an unknown island in the 1930’s. Of course, nothing with that expedition went according to plan, so Norah is there to sort out what happened and experience many of their troubles for herself, primarily doing so by following where they set up camp, reading their letters, rummaging through what they left behind.

"Less enjoyable puzzle games are less transparent about their systems, excusing unclear mechanics and subpar signposting as further methods of challenge. Call of the Sea falls in that category."

As walking simulators go, Call of the Sea is surprisingly intriguing for such a run-of-the-mill formula. It doesn’t do much that other games haven’t done, but its story plays out and unfolds over the course of each chapter in a way that rewards you for paying attention to a lot of different details. Very few single letters or remains give you that much detail themselves, but scouring every corner for new details is rewarding to figure out the fate of the expedition and see some unforgettable things for yourself. It’s also backed by a great performance by Cissy Jones of Firewatch fame, whose voice carries you through Norah’s mindset, though her repeated talking to herself can sometimes feel like a forced way to reveal necessary details, as she’s not meant to be recording or broadcasting to anyone else. The environments also give the game a beautiful and stylistically diverse series of settings to distinguish each chapter. One chapter takes place on a bright, sandy orange beach, while the next atop a mountain on a stormy, purple night. It’s always impressive to look at, and, while the puzzles could have been implemented more into the environment itself, it’s not a bad source of eye candy.

While not obvious out of the gate, Call of the Sea is heavily Lovecraftian, implementing some of the trademark aspects of H.P. Lovecraft’s works and supernatural influences into its world and characters, though it is definitely not a horror game. Some of the game’s best moments are when these influences are made most clear in how they make the environment increasingly awe-inspiring and impressive, as well as how they allow the characters, specifically Norah, to become more complex, emotionally. Every so often, the game will interrupt itself to put Norah into a confusing, otherworldly situation with no explanation and free from puzzles, her only goal to reach the end and figure out what she’s being told. I really enjoyed these sequences because, even though they’re short and infrequent, they add a lot of diversity to the way the story is told and free the game from the constraints it puts on itself to create its puzzle-filled environments.

The puzzles, the other half of the gameplay coin, are decidedly more inconsistent, often devolving to frustratingly obtuse. Each of the game’s chapters has one or two large-scale primary puzzles that you’re tasked with solving to both learn more about the lost expedition and move deeper into the island. Many puzzles have a handful of steps to get to the ultimate larger solution. These usually come in the form of turning on the power or finding a handful of related diagrams around the environment. The best of the game’s puzzles utilize its chapter’s contained environments and cleverly hide clues in understandable but not obvious locations, both in notes the crew left behind and in the environment itself, without giving too much away with a single clue. These types of puzzles let the game’s story flourish, too, because each puzzle is meant to have been connected to the expedition’s crew in some way, allowing you to literally follow their actions and giving you a deeper understanding of what they went through. 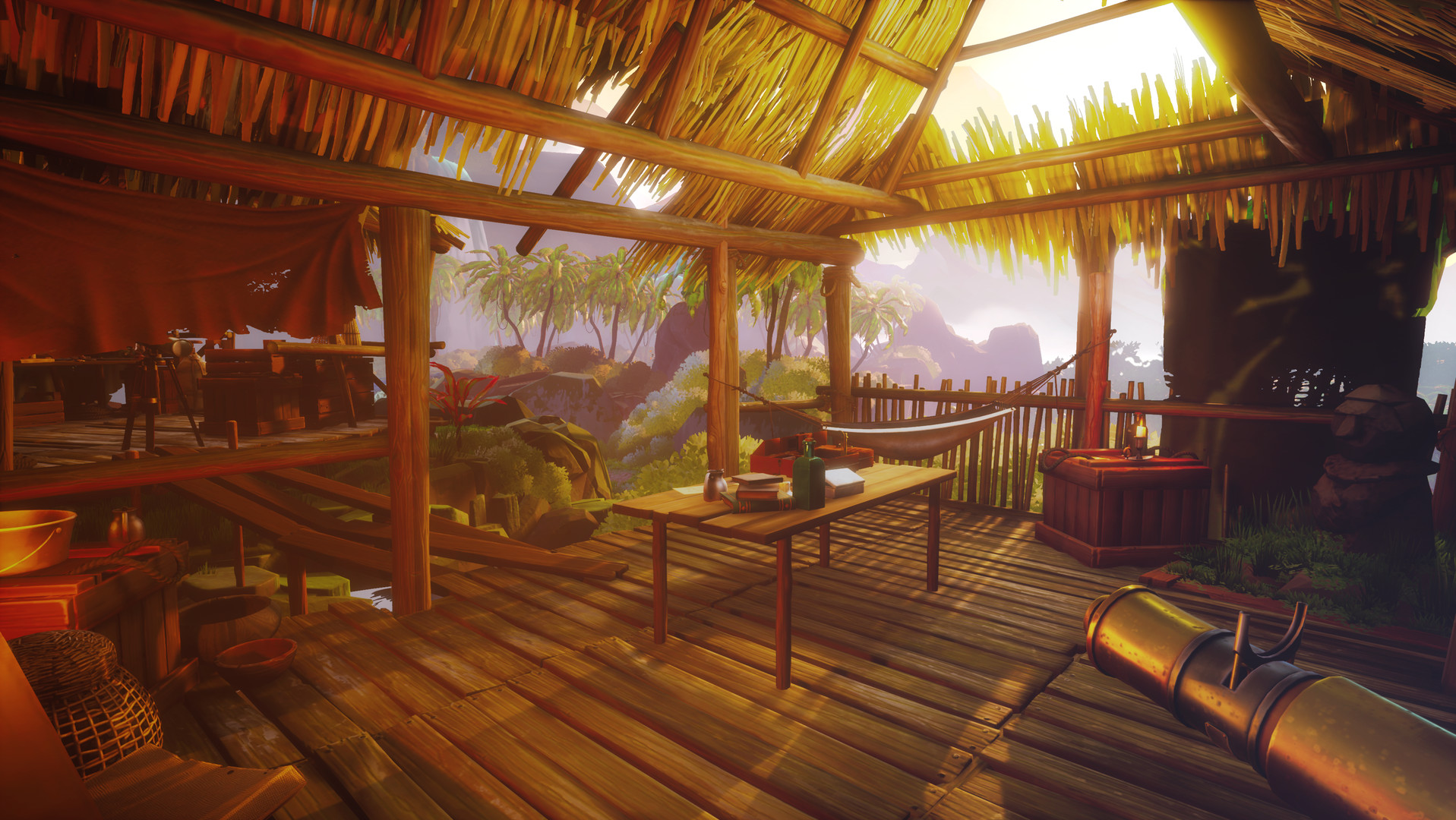 "Every so often, the game will interrupt itself to put Norah into a confusing, otherworldly situation with no explanation and free from puzzles, her only goal to reach the end and figure out what she’s being told. I really enjoyed these sequences because, even though they’re short and infrequent, they add a lot of diversity to the way the story is told and free the game from the constraints it puts on itself to create its puzzle-filled environments."

As the game progresses and the puzzles are meant to be more difficult, though, they start to fall apart and completely take you out of the experience. One of the game’s primary tenets for each chapter is that most or all of the environment is accessible from the beginning. Infrequently there will be a door or elevator that takes you to a previously locked-off area, but you’re usually able to get anywhere you need to go right away, which could be great for speedrunners but is inherently flawed for casual players. The sequence of actions that you have to complete to gather every clue is usually deducible, like having to turn on the power before using the electrical speakers, but the moment that this predetermined series of actions stops being inherently clear, it becomes a guessing game as to when you have enough information to solve the area’s major puzzle.

A major source of this dissonance comes because of how ingrained the story is to the puzzles. You often see the progress the people there before you made, but without telling you, this work is often wrong and, sometimes, completely off base. It’s almost as if some of the notes lying around the environment are there just to throw you off until you get further into the level. This becomes a problem, though, because the game is almost unforgivably bad at signposting and offering guidance as to when you have more of the level to discover. If you don’t have an inherent understanding of the intended sequence of actions, it’s more a game of interacting with every object until something happens than following a natural progression in the level design or being able to deduce where to go next in context, and the puzzles themselves often become more about guessing and checking rather than deducing and understanding, which takes much of the satisfaction out of solving the puzzles.

As such, the signposting is almost nonexistent. I was faced multiple times with crucial pieces of information that I missed because they were hidden in or behind easily missable doors that had little reason to return to the area. It was only when I began to take myself out of the experience that I realized the empty notebook slot was likely another clue. An objective marker or even an occasional line from Norah about needing more information would have easily solved this problem, but as is, the puzzles are already frustratingly obtuse, and the game’s lack of respect for your time and willingness to send you on a long, fruitless journey overshadows much of what makes its story interesting. 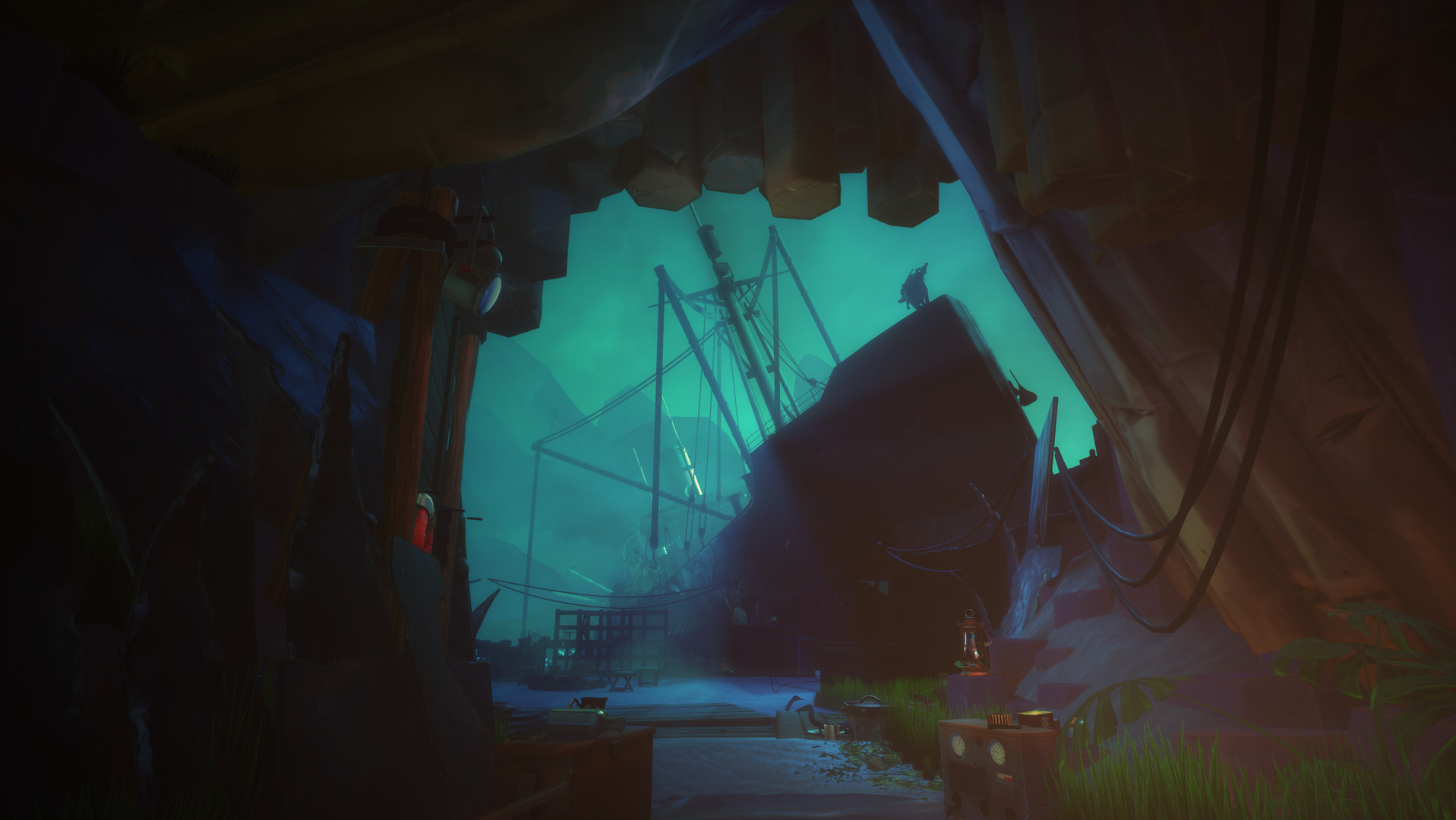 "An objective marker or even an occasional line from Norah about needing more information would have easily solved this problem, but as is, the puzzles are already frustratingly obtuse, and the game’s lack of respect for your time and willingness to send you on a long, fruitless journey overshadows much of what makes its story interesting."

The best aspects of Call of the Sea are often the most fleeting. The beautiful scenery, intriguing story, and entrancing puzzle-free sequences alone would make it a great experience, but the puzzles it presents too often take you completely out of the experience and dampen what the game does well. The combination of the game’s lack of signposting, unclear level design, and overall preference for obtuse puzzles that encourage guessing over deduction put Call of the Sea on either side of itself. When the game is firing on all cylinders and puts you in a spot to think critically, it’s satisfying and endearing, but once its puzzles start breaking down, it’s all the game can do to stop from folding in on itself.

Final Verdict:
FAIR
Call of the Sea’s intriguing piecemeal story and beautiful setting falls to the wayside when its lack of signposting and overall artificially obtuse puzzles take center stage for much longer than acceptable.
A copy of this game was provided by Developer/Publisher/Distributor/PR Agency for review purposes. Click here to know more about our Reviews Policy.