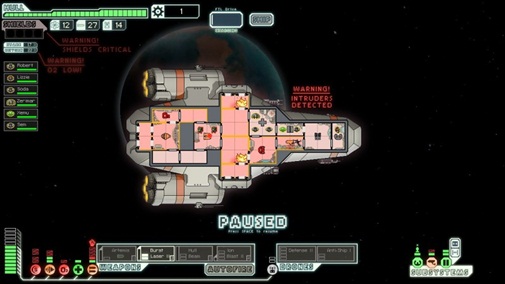 This is Part 2 of my game journal for FTL: Faster Than Light. Read Part 1 Here.

One of our crew members is dead and it’s my fault.

This is Faster than Light: Part 2.

It was a routine mission.We’d just bought a transporter to allow us to teleport onto enemy ships. This seemed quite stylish to me so I was eager to try it out.

Naturally, we sent Sem to be the first member of the newly formed boarding party. Who is Sem? He’s a human crew member so valuable to me that I forgot to mention him in my last few journal entries even though he’s been with us for quite some time now. He’s former Federation. We found him at a base and he was eager to join up and kill some rebels. Then I forgot about him for a while.

Poor, poor Sem. We encounter a rebel drone and I had what I thought was an ingenious idea. Drones don’t have a crew, so if I teleported even just one person over there he’d be able to attack the drone’s systems with no trouble. Sem got in the transport and waited to be beamed.

“Sorry I’ve been ignoring you, Sem. I’ll get to know you better when you get back.”

They’d be the last words I’d ever say to him.

I’d gotten too excited about the transporter. I hadn’t thought things through. Sem got to the drone to discover something not shocking at all. The drone didn’t have any air in it. Why should it? It didn’t have a crew. Sem got to the drone and immediately suffocated rather anticlimactically. The transporter has a cooldown time so we couldn’t beam him back. There was nothing we could do but watch him die and apologize profusely.

We ended up taking the drone out pretty easily making the whole mission all the more pointless. 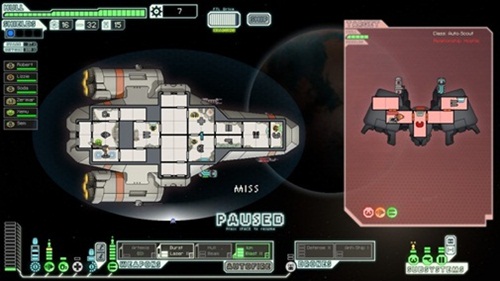 He died to teach us all a valuable lesson about oxygen.

Another of my crew is dead. I’ll miss Sem, but I barely knew him. This one is far more personal.

We tracked a distress beacon in the hopes of collecting a reward for helping someone. It was a trap. A mantis pirate ship was waiting on the other side of the jump. They beamed two of their soldiers aboard the bridge. My wife, Lizzie, was there all alone. They ate her alive.

The med bay was hit by a missile and taken offline. There was never any way to save her. Zerimar was in the med bay trying to make repairs when the mantis ate through the door and found him. They ripped him apart. Another enemy missile slammed into the hull. We had to cut life support to our own ship just to keep the shields and weapons online. Oxygen was running out.

I had to get the mantis off my ship or die trying. I ordered the rest of the crew to follow me to avenge the others. Soda, Zemu, and I attacked the mantis head on in an all-out melee aboard my broken ship.

Soda was the first to die.

The mantis were next.

The mantis ship teleported away. I never got my vengeance for what they did to us.

Xemu and I are the only crew members left, and the ship will fall apart if anything hits it. 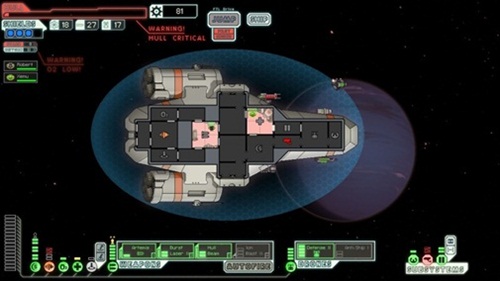 At least it can’t get worse, right?

Battered and beaten, we jumped to sector 7.

A lucky store found early on allowed us to repair about half the damage to the ship. We limped through sector 7 just barely.

This is Xemu. The captain is dead. It was horrible.

If anyone gets this message, please send help. I’m not going to last much longer out here.

We finally got to sector 8, home sector of the rebel mother ship. The captain and I must have been crazy to think we could take it on by ourselves.

Things seemed to be going well. We entered sector 8 with the hull in pretty good shape. We were on our way to the mother ship when a rebel fighter cut us off. It was armed to the teeth with shields to match. We’d never faced anything like that before. We just weren’t ready.

I’d never seen so many missiles in one place before. One of the missiles punched a hole through the bridge. I was on the bridge. The oxygen in the room was sucked out and I had to flee. Unless someone got the pilot system back online, we couldn’t dodge or jump out of there. To give us more to worry about, a missile blew out the life support and the rebels teleported two soldiers aboard our ship who attacked the captain in the weapon system.

The captain tried to run. A missile hurled into the room and wounded both rebels. The captain didn’t make it.

I’m currently on the bridge trying to repair the pilot system so I can jump out of here. The two rebel soldiers are still on board. I’m running out of time. I’m going to end this entry now. It’s going to take a miracle to survive this. 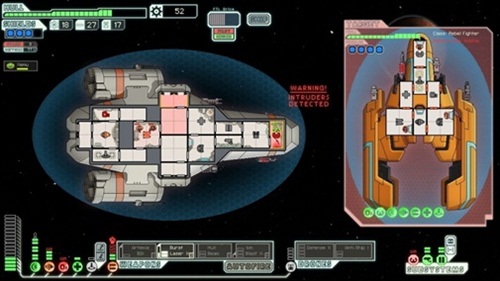 Zemu never made it. Some say he suffocated as he tried to repair the bridge. Others say the rebels on the ship found and executed him. All that’s known for sure is that the story of the Cowboy met a tragic end among the stars. 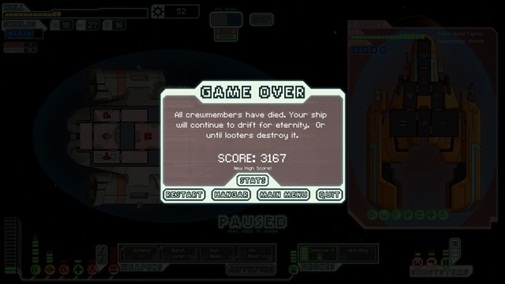