“Looking forward, we’re just giddy with excitement. What can we do next?” 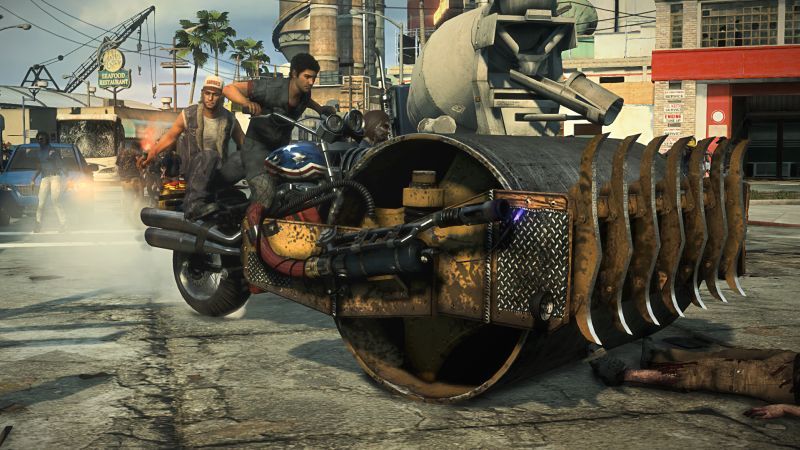 Dead Rising–one of the Microsoft’s most successful exclusive game series–developers Capcom Vancouver are “giddy with excitement” at the prospect of the potential of what they plan to do with Dead Rising 4 and beyond. Dead Rising 3, the most recent release was criticized for not living up to it’s next generation release cohorts, Ryse and Forza Motorsport 5. However, while the graphics may not stand up to those titans, relative to the previous entries in the series, Dead Rising 3 is a massive achievement.

Developers Capcom Vancouver, however, seem to be unsatisfied despite the success of Dead Rising 3. They are already looking forward to Dead Rising 4, as well as other titles to work on for next gen. Dead Rising 3 producer Mike Jones spoke with OXM about his feelings on the Dead Rising 3 launch, working with Microsoft, and Capcom’s plans for the future:

“Looking forward, we’re just giddy with excitement. What can we do next? Now that we have that foundation. Where do we push next? You can talk about cloud, you can talk about online, you can talk about social stuff, SmartGlass, away play, more crazy stuff you can do with Kinect – we’ve tried to focus on seamless core-facing non-intrusive Kinect stuff, like with the grappling. It’s actually hard to go back to the stick grappling once you’ve tried out the Kinect grappling. But I digress. The point is that we’re just really excited to just get here.”

So looks like the next entry, which should be Dead Rising 4 will be pushing the console even further.