Along with various options for faces and bodies, accessories, skin tone and hair color, players can choose World Tier and the number of tutorials.

Halo Infinite is getting its next Drop Pod on August 9. Here are some of the new things coming to the game, including new multiplayer playlists.

Microsoft reports that this should "improve graphics performance in memory-constrained conditions” for the budget console. 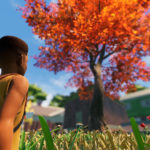