Brazilian rating board showed vgleaks that Castle of Illusion, a platform game developed by SEGA with Mickey Mouse as the main character is being remade for Xbox 360, PlayStation 3, Wii U and PlayStation Vita.

Digital cover of the game was leaked earlier today. 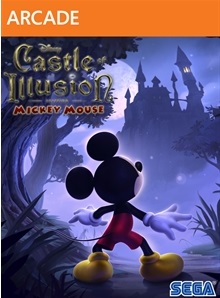 New cover art just might prove that a remaster is incoming of the original game. Castle of Illusion HD would be fantastic, especially after Capcom revealed Ducktales HD Remaster.

Is this a possibly a new trend now in the industry, to re-release HD Remasters of old favorite games? Only one could dream.

Castle of Illusion originally came out back in 1990, imagine replaying this game in an awesome HD glory today.

Let us know your thoughts in the comments section below. Stay tuned to GamingBolt for more news and updates.