Three years ago MercurySteam surprised many people with the release of Castlevania: Lords of Shadow. Borrowing the best aspects from several popular games like Shadow of the Colossus and Devil May Cry bundled with a fascinating cast of characters and intriguing storytelling, Castlevania: Lords of Shadow went on to become one of the best action adventure games of 2010. Previously a console exclusive, Konami have finally decided to bring it on PC under the supervision of Climax Studios.

For those who never got a chance to play the original, Castlevania: Lords of Shadow tells the tale of Gabriel Belmont and how far he will go to resurrect Marie, his love and life. Gabriel’s tale is told with a heavy emphasis on the battle between good and evil. He faces off against the three Lords of Shadow as he fights to obtain a mythical mask through which he can bring back his deceased wife.

On your journey you will meet several other characters that will either help Gabriel or manipulate him into doing something heinous. The plot is one of the most influential factors in giving impetus to the gameplay and it makes sure that the player will remain engrossed for the fifteen hours or so that the game lasts. 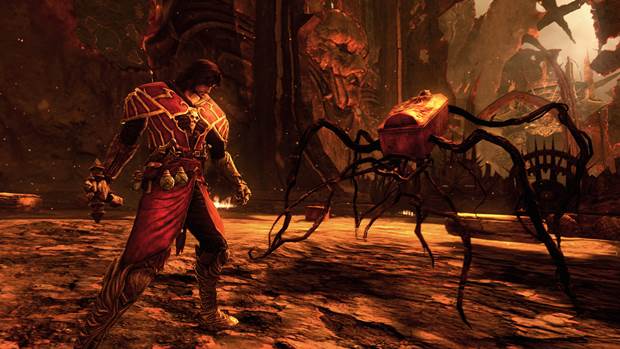 As mentioned before, Castlevania: Lords of Shadow borrows several elements from other games resulting into a brilliant mash-up of hack ‘n’ slash and puzzle mechanics. The heart of the combat lies in your powerful combat whip which will automatically upgrade as you progress through the game. The player will also earn experience points which can then be used to unlock powerful moves and combos. Gabriel also possesses two variations of magical powers: Shadow and Light.

"Whoever designed the puzzles really needs to be applauded as it may take several minutes or even hours to clear them. Some puzzles are spread across different sections of a particular level and you will often find yourself running from one place to another. "

The Light magic when activated will help the player to regain health for each hit Gabriel inflicts on an enemy while Shadow magic will cause more physical harm to the enemy. Magic also plays a crucial part in the mind boggling puzzles the player will come across. You will consistently be using them to move away a large block or activate a mysterious button to progress forward.

That brings me to one of the most brain-draining features of the game: puzzles. Whoever designed them really needs to be applauded as it may take several minutes or even hours to clear them. Some puzzles are spread across different sections of a particular level and you will often find yourself running from one place to another. Of course, you’ll start to get frustrated from being stranded in one place but that just makes it all the more satisfying when you figure things.

One of the standout puzzles in the game involves Gabriel finding himself locked in a music box and the player needs to find the correct combination of note to escape. Sections like this area testament to the well sorted out level design by MercurySteam, something which is a rarity today. The puzzles also helps ease out the pacing of the game’s platforming and combat sections, making the game less repetitive. 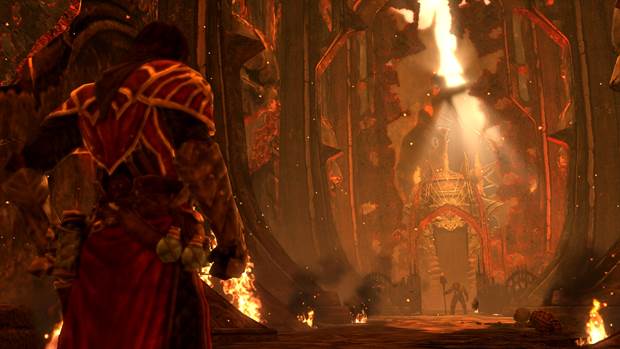 The enemies in the game are quick witted and even though they follow a linear approaching in taking out our hero, they are still a worthy opponent nonetheless. However the real meat lies in the boss fights, not to mention the massive Titans you will face in the game. Anyone who has played Shadow of the Colossus will probably appreciate the uncanny resemblance but for some reason I found the Titans in Castlevania: Lords of Shadow to be much bigger in scale and scope compared to the colossi.

"The console version of Castlevania: Lords of Shadow was marred by sluggish frame rates and bland textures. However, the PC version runs at a slick sixty frames per second at a glorious 1080p resolution."

However taking them out is not really arduous as it involves using your combat whip for climbing on these giants, some underwhelming quick time events and smashing their weak points. You will also end up facing off against the three Lords of Shadow and even though they’re not as seemingly daunting as the Titans, they’re still formidable opponents.

The console version of Castlevania: Lords of Shadow was marred by sluggish frame rates and bland textures. However, the PC version runs at a slick sixty frames per second at a glorious 1080p resolution. Couple that with high resolution textures and you have the ultimate Castlevania game that fans have yearned so long for. The voice is acting is admirable with notable performances from Robert Carlyle and Patrick Stewart voicing Gabriel and Zobek respectively. The voice of Gabriel immediately connects with the player, depicting a sense of desperation and innocence at the same time.  The game also comes packed in with downloadable content packs Reverie and Resurrection and although they are underwhelming, they still manage to add a bit of back story to the twisted ending of the game. 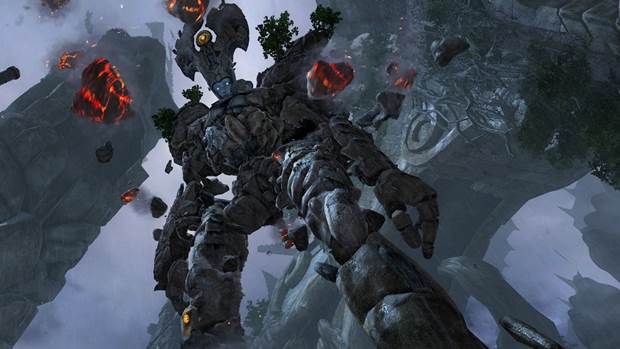 Someone might rightfully debate whether Castlevania: Lords of Shadow is an original game in itself due to the fact that it shares so many ideas from similar games in the genre. But given that the game executes them all together in a masterful way, Castlevania: Lords of Shadow is in a league of its own. It is easily one of the best action adventure games ever made and a timeless experience that you owe yourself to play.