Posted By Jordan Garland | On 28th, Feb. 2012 Under Reviews | Follow This Author @MostUnfurrowed

With but a brief glance at the Catherine boxart, you’d be forgiven for presuming that Catherine is nothing more a game of breasts and misogyny and prior to playing the game, that’s exactly what I expected. As the saying goes, one should never judge a videogame by its sleeve and upon reflection, I’m extremely very glad I didn’t. 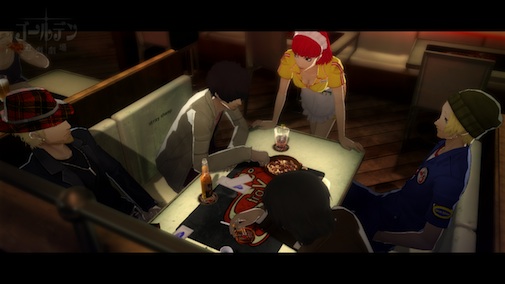 Our protagonist is one Vincent Brooks who begins to experience nightmares prompted by Katherine -Vincent’s girlfriend- who begins to talk of marriage and commitment. They are traversing a somewhat rocky period of their relationship and then enters the recipient of the Academy Award for Most Blasen Use of Femme Fatale, Katherine. Predictably, Vincent inadvertently and unintentionally finds himself cheating on his girlfriend with this newfound seductress, increasing the severity and peril of each subsequent nightmare.

Vincent nightmares serve as the crux of the core gameplay, each nightmare is represented through a series of stages in which Vincent has to climb up a vast series of blocks, manipulating them so he can progress upwards. These nightmares serve as a sheepy infidelity purgatory and as it turns out, Vincent isn’t the only male suffering in such a way and many men of Vincent’s age have been found dead as a direct result of these nightmares; if you die in the nightmare, you die, not entirely dissimilar one of the tales in the Treehouse of Horror VI, come to think of it. All of them men are essentially within the same nightmare world, each seeing every other male as a sheep yet not themselves. One might be more a little more sympathetic to Vincent’s apparently plight if he wasn’t such an introverted little sod, angstily reciting his indiscretion in his head as if it somehow wasn’t his fault. That said, the company he keeps doesn’t serve him particularly well as his group of friends are, quite bluntly, a bunch of enabling arseholes and Mr White. In fact, almost every man in this entire game is little more than an intolerable penis-on-wheels and might also be the most misand-erific game in existence.

Catherine is a rare example of a ‘domestic’ game and it perhaps surprisingly also does it well, if conforming to a list of anime cliche’s as long as my forearm. It forgoes the usual terrible dialogue in favour of a far more well-measured and engrossing approach, even use of swearing seems far naturalistic than most games. Even in the, for example, brilliant Darkness II, swearing seemed a little jarring and over-emphasied, as if the word ‘fuck’ always had to be bellowed at the top of your lungs, regardless of context. 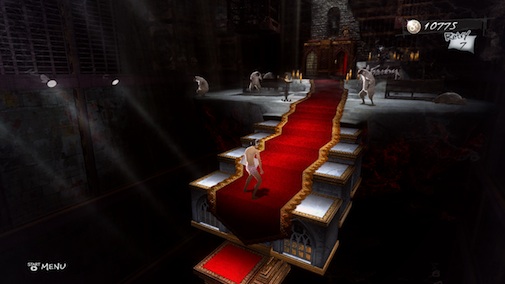 This is a prime example story-driven game but by the same token, the gameplay rarely suffers as a result. As a story-oriented game in the 21st century, it also features the obligatory moral choice system in which every decision is a polar choice between saint and scum. Interestingly, Atlus have chosen to publish the results of each ‘confession’ decision in the form of a pie-chart, between nightmare stages, delivering some both alarming but also In an utterly horrifying revelation, a disturbingly high percentage of people appear to actively envy pornographic actors. Less horrifyingly, it also transpired that more 20-40 year-old women thought life ends -rather than begins- at marriage, than men.

The first level I played through conjured up one overwhelming feeling that this gameplay cannot possibly be sustainable for the entire game I mean, how can a retail game essentially live entirely off of a puzzle game, right? Wrong. It works and it works brilliantly, well paced and broken up by ‘Landings’ between stages and real-life segments in which you drunkenly text C/Katherine and talk to your fellow patrons as squander your time and life in the ‘Stray Sheep’ bar. The puzzle elements are exactly right sort of frustrating, resulting in a thoroughly rewarding experience. The sort of frustration which is borne from my general incompetence on my part rather than of the game. It may sound odd but the game is quite obviously heavily influenced by Qbert, even down to the collectible coins, the major difference being that I can’t recall Qbert every featuring a gargantuan thread-veiny baby trying to spit you into oblivion. Boss fights are relentlessly tense and will quite literally get the heart racing, especially as your lives slowly begin to dwindle. Initially, the inclusion of a lives system seems like an odd one but it creates a sense of consequence, forcing one into a more structured approach to the climbing the blocks.

Cutscenes are told, in part, through the medium of anime as well as in-engine cel-shaded anime, not unlike the Naruto or Dragonball Z games and the enviroments are well thought through. The Stray Sheep is brought to life well, in the sense that the fairly dark and dank conditions reflect those within it, aside from the absurdly dressed Erica. The nightmares themselves are dark, cold affairs but that’s exactly what one would expect from a nightmare of this nature and the landings, between stages, are rife with blazen Catholicism, not to mention sheep-filled. 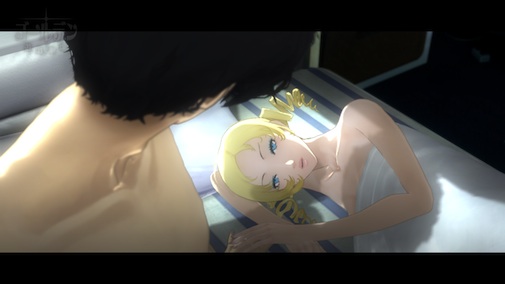 For all the positives about the story, there is one fundamental issue with the game. The game is built around the idea of choice and morals, various questions at various points reflect this but regardless of wether you choose to discard women like so many Pokemon energy cards, or revere them as Godesses, Vincent still acts in the same nervous, blundering idiot who constantly skirts the middle-ground. If you opt for the saintly route then surely it’d make sense that as Vincent, you’d choose to break off bad Katherine as soon as possible. It’s the fundamental problem with moral choice systems, as a games designer you begin to work yourself into a corner and simply having a linear storyline which has dick/saint/bland endings just doesn’t suffice, it almost makes the player feel more like a mere spectator during this decision making processes as it seems to have little outcome on the immediate gameplay, passive-aggressive replies from C/Katherine aside.

With but a brief glance at the Catherine boxart, you'd be forgiven for presuming that Catherine is nothing more a game of breasts and misogyny and prior to playing the game, that's exactly what I expected. As the saying goes, one should never judge a videogame by its sleeve and upon reflection, I'm glad I didn't.

A copy of this game was provided by developer/publisher for review purposes. Click here to know more about our Reviews Policy.
Tagged With: Atlus Persona Team, Catherine, Deep Silver, xbox 360