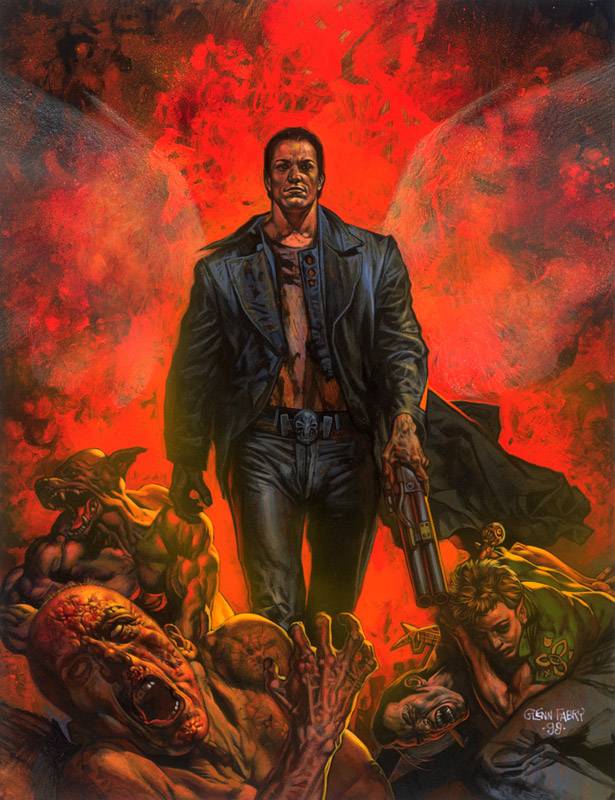 CCP and White Wolf invite you to join them in celebrating a milestone in vampire mythology that changed modern vampire pop culture forever.

Since its 1991 debut, the cultural significance of Vampire: The Masquerade can be seen and felt at virtually every turn and in every medium today, not only on the gaming world but also on modern vampire mythos. The Vampire franchise has since grown into an unparalleled worldwide phenomenon that has inspired thousands of trading cards, hundreds of role playing game supplements, dozens of novels, two award-winning video games, and a cult television series.

To mark this momentous occasion, White Wolf has kicked off a year-long 20th Anniversary celebration that will culminate with the release of a unique book and a mass gathering of fans in New Orleans.

A wealth of defining material from two decades of the best game supplements have been revised and updated with all-new material to provide the ultimate experience for any vampire aficionado — a massive, 500 page, full- color, ultra deluxe tome that is equal parts coffee table art book and extensive gaming compendium called Vampire: The Masquerade – 20th Anniversary Edition.

This collectible book is available for direct advance purchase only through July 8th, after which it will no longer be available in this format. The book release coincides with The Grand Masquerade 2011, a gala fan convention that blends together glamour and style with the historic intimacy of the world’s most iconic vampire epicenter, New Orleans French Quarter, September 15-18. Events will include elaborate live action games, table top RPGs, the Vampire: the Eternal Struggle US Championship, special guests, lavish parties and the next look at the future of the World of Darkness.

For more information on Vampire 20th, go to VampireTheMasquerade.com. Tickets for The Grand Masquerade may be purchased at TheGrandMasquerade.com.