Champions of Anteria Review – Master of None

This odd mix of MOBA and RTS doesn't quite work.

I haven’t really been the biggest champion of Blue Byte lately. The strategy developer is known for its Settlers series and even churned out the average Anno 2205 (which sadly didn’t add enough to really distinguish itself from its predecessors). With Champions of Anteria, we receive a suitably non-Settlers experience…that was created using assets from a former Settlers game. It sounds weird but that only begins to describe Champions of Anteria. 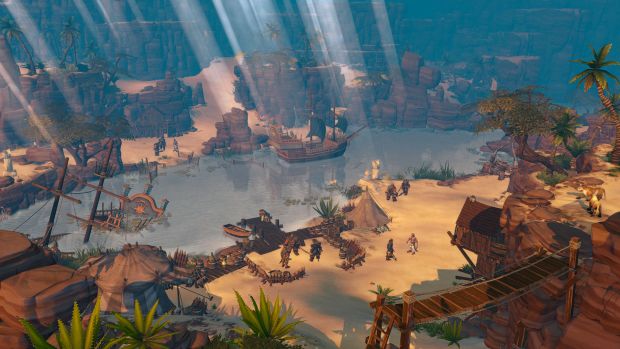 "The voice acting and overall light-hearted nature of the script aid in this and it’s good to see that the game doesn’t take itself too serious."

From the outset, Champions of Anteria seems charming. You’ll have five different Champions, each specializing in a different element (Water, Fire, Lightning and so on) as they attempt to take down an evil wizard named Kalen Daark. Said wizard also has an army of the undead and, as if the name wasn’t indicative enough, he isn’t willing to negotiate peace terms. On the one hand, you’re attempting to deal with the conflicts raging across the kingdom’s various clans. On the other, you’re beset with a fairly clichéd villain.

Thankfully, Champions of Anteria offsets this with interesting and humorous characterization. The voice acting and overall light-hearted nature of the script aid in this and it’s good to see that the game doesn’t take itself too serious. If only some of that humour actually extended to the gameplay mechanics and missions rather than being constrained to the cut scenes, which are still fairly good looking with their art.

When venturing forth into missions, you’ll choose from three of the five Champions. Each element will have a corresponding element that it’s strong against and weak against while each Champion has unique abilities and can unlock more over time. Vargus the warrior, Anslem the mage and Nusala the rogue will start out the party and you’ll engage in MOBA-esque battles for dominance. However, the strategy portion comes up when you must upgrade your kingdom and decide which neighbouring lands to assault. Combat is real-time but you can still pause the action to issue orders. 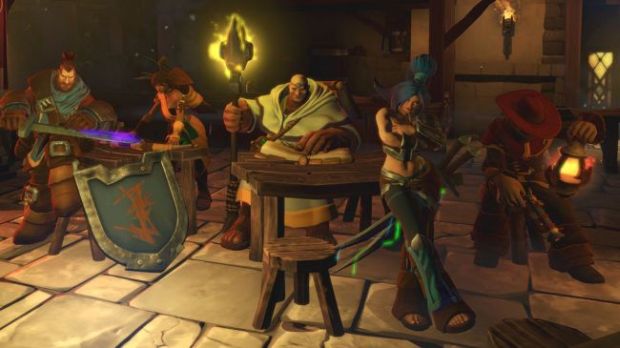 "Despite the 4X-like demeanour of expansion, Champions of Anteria is satisfied to throw a few upgrades at you, cosmetically enhance some areas and units and call it a day."

Once a “raid” has been decided upon, you’re off to engage against waves of foes and eventually beat down a boss in order to succeed. Meanwhile, other factions may be assaulting your kingdom or amassing resources to become a nuisance. On the surface, it seems like you’ll have to strategically plan out your expansion, which is fine.

In practice, Champions of Anteria has a hard time really nailing what it wants to be. Aside from the raids, the missions themselves have some decent variety and additional objectives to finish. However, combat is fairly dodgy. Tending to your units is expected, especially if you want to unlock further abilities (though the various research trees for upgrades don’t feel especially unique from each other) but you’ll need to constantly spam abilities. Queuing up different commands would have made things a whole lot less tedious but unfortunately, it can be fairly unreliable. Navigate to Champion, click away and navigate to the next. At least you’ll be doing something.

That’s especially so when fighting against the surprisingly poor enemy AI. Enemies will often lap your units or take the long way around to attack them thanks to poor path-finding. Unfortunately, these issues plague your Champions as well and battles can quickly become a mess of uncoordinated attacks. One could focus too much on not battling but there isn’t a whole lot of complexity when tending to your kingdom. Despite the 4X-like demeanour of expansion, Champions of Anteria is satisfied to throw a few upgrades at you, cosmetically enhance some areas and units and call it a day. I don’t expect every strategy game to have the depth of Civilization but Champions of Anteria could have done a lot more to dispel the otherwise tedious aspects of combat. Also, why include these elements if so little is going to be done with them? 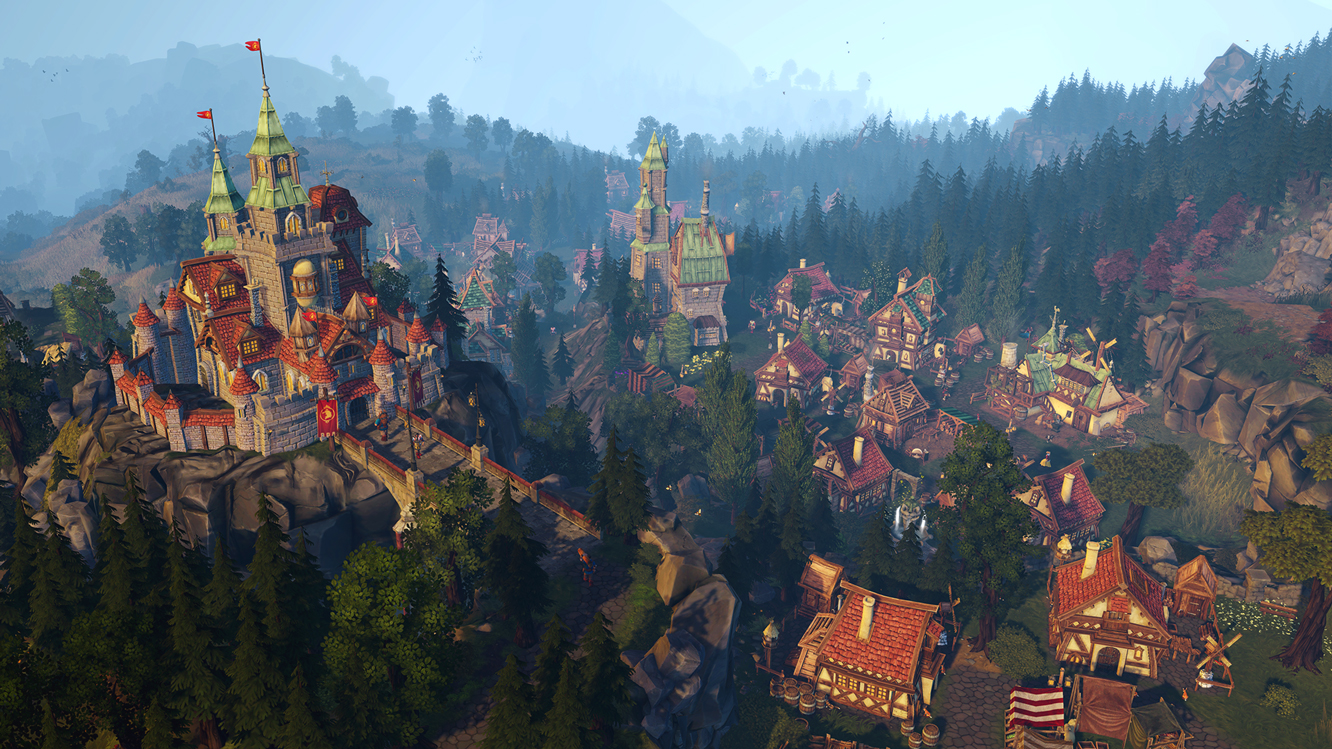 "The graphics are beautiful enough if fairly uninspired so there is some redeeming quality to the experience."

The raids could’ve made combat more interesting and to be fair, each boss has their own unique challenge. However, they take place on pretty much the same maps with the same boring enemy types. Champions of Anteria doesn’t offer enough complexity to succeed as a kingdom-building simulator nor does it embrace its MOBA aspects enough to implement more solid hacking and slashing. It feels like its stuck between two different mediums but if it focused on a particular genre, there wouldn’t be enough to cater to hardcore fans.

The uninspired nature extends to the art style and music with its obvious Warcraft similarities. The graphics are beautiful enough so there is some redeeming quality to the experience. As a whole, the strategy/MOBA hybrid of gameplay felt like it could have been fun even with far better options on the market. Lack of polish, terrible AI and pathfinding, inconsistent mechanics, inconsequential progression and an overly simplified structure just don’t do the entire experience any favours.

Champions of Anteria is not a terrible game so much as one with a lot of wasted potential. If Blue Byte had bothered to fix some of the more glaring issues, it could have been an average little RTS/MOBA hybrid. As it stands, there are plenty of games that offer so much more in their respective genres and with much better execution.

Cliched but pretty visuals and art style. Cut scenes and writing attempt to inject some humour. Interesting combination of MOBA and RTS elements with decent bonus objectives and heroes.

Poor path-finding for enemies and heroes. Tedious raids with similar map layouts. Underwhelming progression systems that aren't distinguishable enough from each other. Lackluster RTS elements such as kingdom building. Combat relies too much on micro-managing heroes.

Final Verdict:
AVERAGE
A MOBA with an identity crisis or an RTS with too little to offer? Champions of Anteria strikes an odd balance that doesn't quite gel and isn't helped by its numerous problems.
A copy of this game was provided by Developer/Publisher/Distributor/PR Agency for review purposes. Click here to know more about our Reviews Policy.