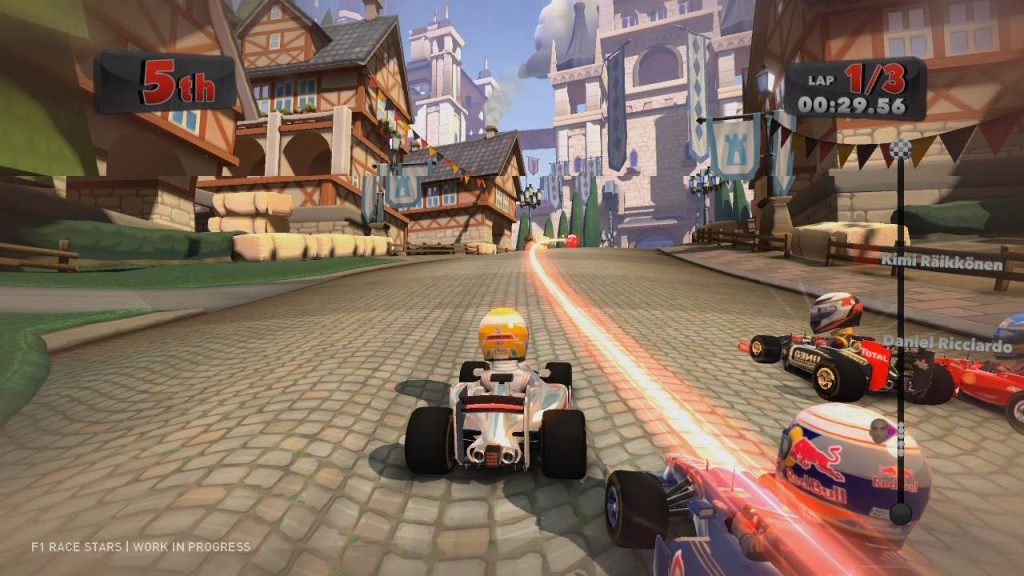 Codemasters has released the video for F1 Race Stars which looks pretty good. It’s an F1 game, so you will see high speed chases, fast races, and stuff.

The game looks like a fun version of Little Big Planet Karting and you know what? The art design on offer here is simply great. You can check the screenshot above to see how pleasant it looks.

From battling for position beneath a neon-lit Ferris wheel in Singapore and dodging a Truckasaurus in the USA, the video reveals how each circuit in the game turns into a fantastical stage of Formula One fun. Packed with audacious overtaking moves, cheeky taunts and speedy boosts, see the F1 Race Stars speed through castles, forests and more.

The game features an extensive career mode with three tiers of difficulty and includes both traditional Grand Prix competitions and a range of objective game modes, including races against the clock, gate challenges and more. Gamers can also dive into free play for a quick blast around their favorite circuit or enter Time Trial for the ultimate test of pace.