18 new screenshots that will blow you away.

Posted By Shubhankar Parijat | On 09th, Nov. 2012 Under Gallery, Screenshots

A buttload of information on GTA 5 was released yesterday, and we posted a mega article detailing everything, every piece of information we got our hands on. However, the exciting new details weren’t the only thing that were revealed in the Game Informer magazine.

The issue of Game Informer also had a ton of screenshots from the game, and as promised earlier, we have them here for you.

These look really good, and show off several aspects of the game, right from the gameplay to the type of missions to the vehicles to the locations we will be visiting to even some characters.

GTA 5 releases in Spring 2013 for the Xbox 360 and PS3. Stay tuned for more updates. Till then, leave your feedback in the comments section below! 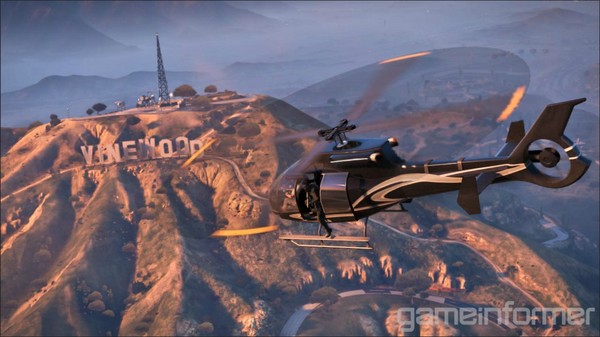