Chivalry 2 Gets New Trailer for Tenosian Invasion Update, Out Now on Steam

Chivalry 2's new Tenosian Invasion update is out now, available for free on all platforms. Speaking of platforms, Chivalry 2 is now also available on Steam. 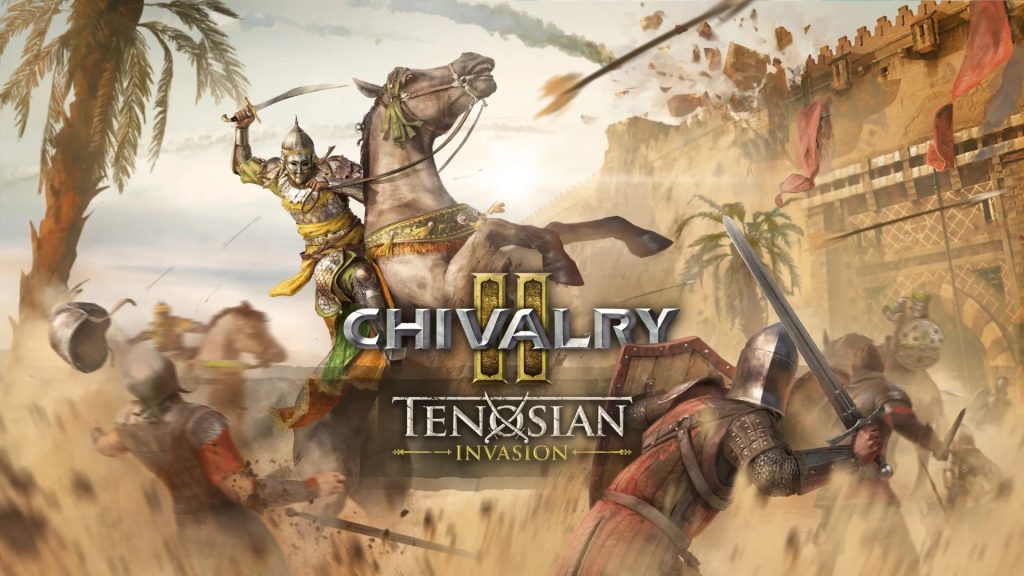 Developer Torn Banner Studios and Publisher Tripwire Presents have announced that Chivalry 2 alongside the release of its Tenosian Invasion update, the game is also now out on Steam.

Tenosian Invasion—a free update on all platforms—is set to be the largest, most ambitious content update for the game so far. New content in the update includes the new Tenosian faction, new maps for Team Objective and Team Deathmatch modes, Armory items, and weapon skins.

With the Tenosian Invasion update, Chivalry 2 is now also getting horseback combat, as well as a new Console Server Browser that supports cross-play.

The new maps included in Tenosion Invasion are The Breach of Baudwyn and The Razing of Askandir for Team Objective, and Desert and The Charge of Wardenglade for Team Deathmatch.

Alongside the Steam release and the update, Tripwire Presents has also announced that Chivalry 2 is set to come to Game Pass on console and PC before the end of the year.