Have you ever wanted to be chased through the woods by a terrifying train engine with spider legs? You have? Boy, are you in luck. Because that’s pretty much exactly what solo developer Gavin Eisenbeisz’s upcoming Choo-Choo Charles is. Since its announcement a little over a year ago, the game has quietly been generating quite a bit of buzz, not only because of its bizarre and fascinating premise, but also because from all that we’ve seen so far, it’s looking like a genuinely fun game. With its launch now right around the corner, in this feature, we’re going to go over some key details that you should know about Choo-Choo Charles. 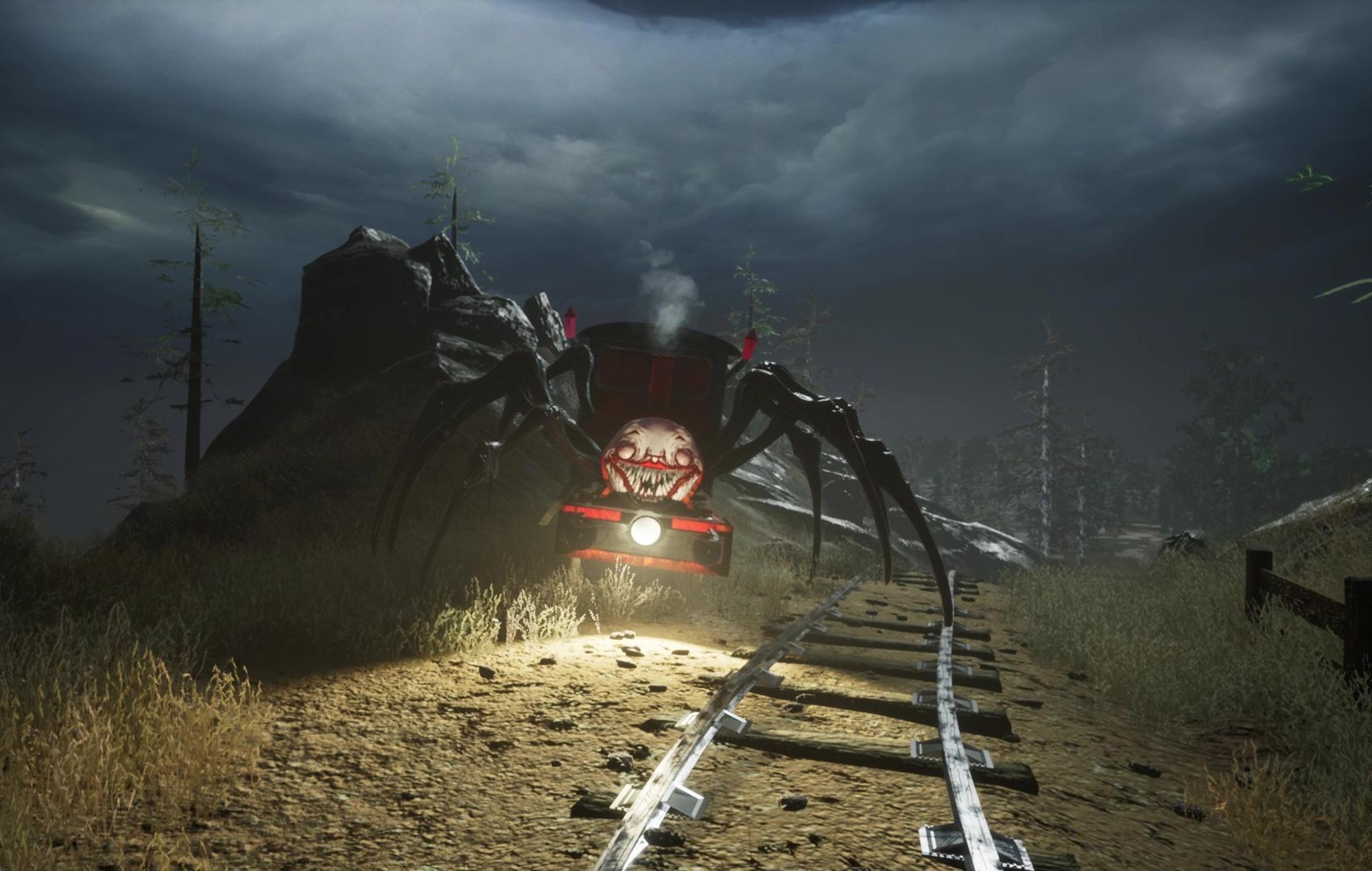 What exactly makes Choo-Choo Charles tick? It’s not like the game’s name gives too much away, right? So what the hell is it even about? Well, Gavin Eisenbeisz (or Two Star Games, which is the name of his studio) has essentially taken the spirit of the comedy Thomas the Tank Engine PC mods we get for all manner of games on an alarmingly frequent basis, and turned that into the heartbeat of this game. Choo-Choo Charles is set on an open world island that is terrorized by a horrifying sentient train engine with large spider legs. The most useful tool you’ll have at your disposal is a trusty old train engine of your own, using which your ultimate aim is to get powerful enough to be able to take on and destroy Charles and free the island from his terrifying shadow. 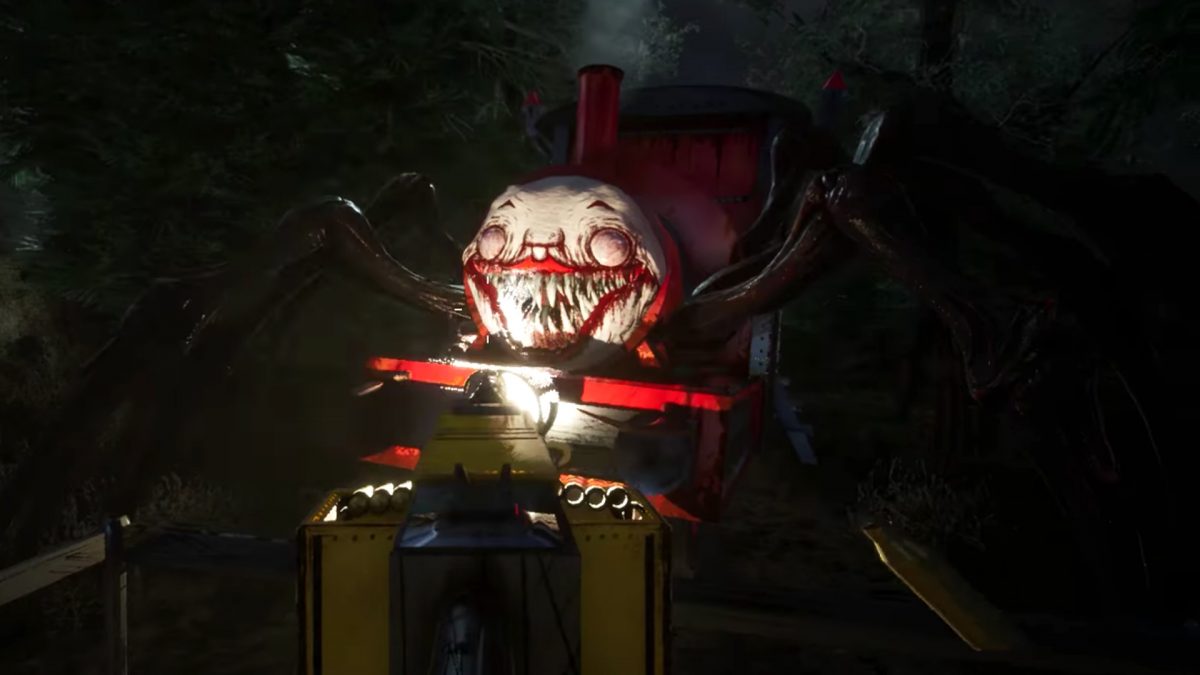 Charles himself is quite the menacing foe. The tank engine is pure nightmare fuel, not only because of the aforementioned spider legs, but also because of its terrifying maw full of razor sharp teeth. For good measure, the titular Charles also likes to munch on humans for sustenance (or maybe just as a hobby). Meanwhile, those spider legs serve a purpose as well- though your own train engine is restricted to only being able to move around on train tracks (you know, as trains are), Charles can use his spider legs to traverse the ground and all surfaces freely- and with terrifying speed, at that. Charles is something of a pursuer enemy that’s always out hunting for prey, which means when you’re exploring or changing tracks or traveling on foot (more on this in a bit), you’re going to want to be careful and keep an eye out for any nearby threats. If the monster train catches you off-guard, you might not have enough time to flee the scene. 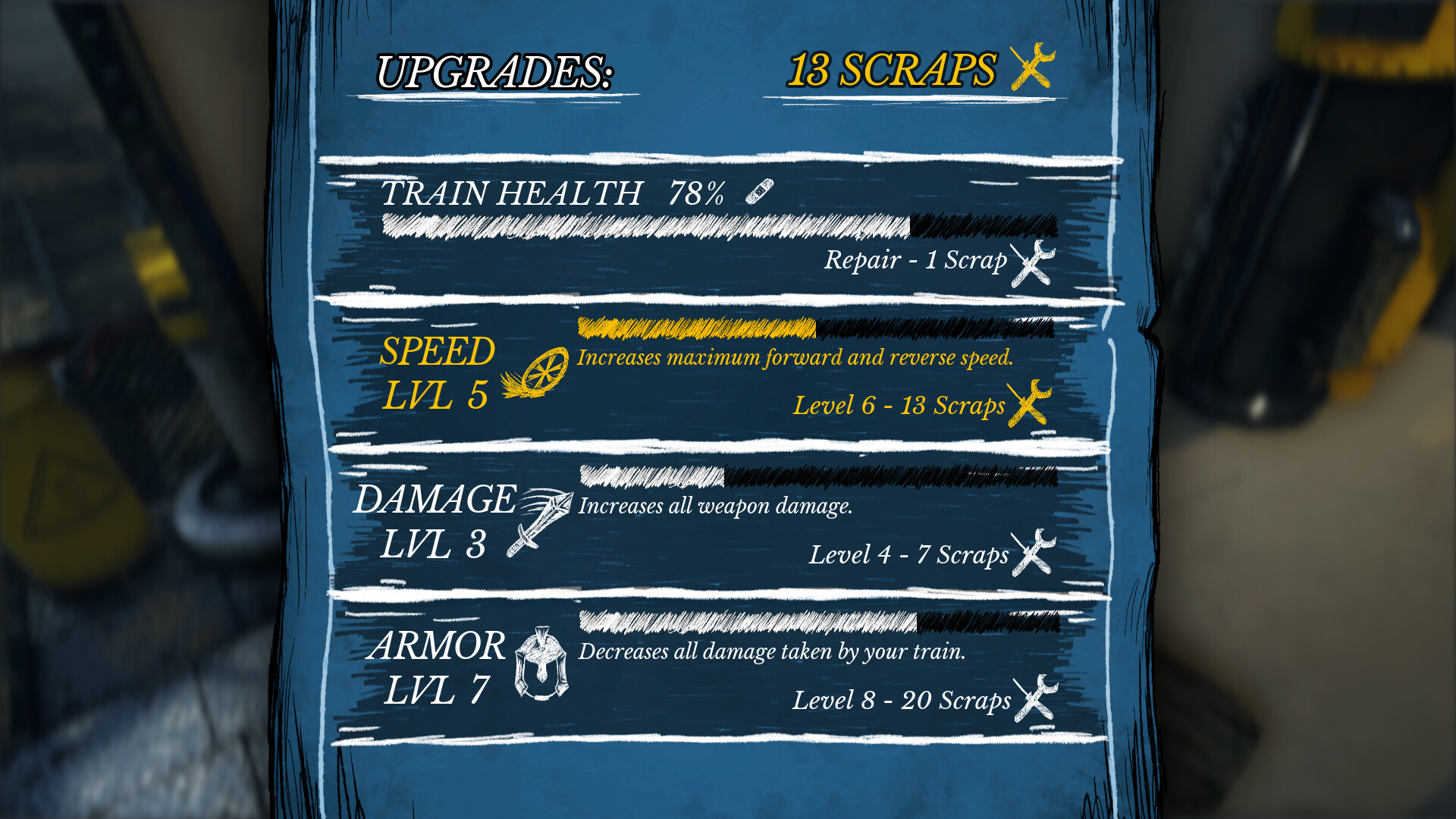 Scraps will serve as a crucial currency in Choo-Choo Charles, and can be found by exploring or completing missions. What makes them so important though? Well, Scraps is what you’ll be spending to upgrade your train, which, as you may have imagined, will be a core component of the experience. Upgrading your train will entail attaching more weapons to it with which to attack foes, while Scraps can also be spent on upgrading various stats. This includes your train’s health, the speed at which it can move forward and backward (which sounds like it’ll be particularly useful, for obvious reasons), the level of armour equipped for your train, and how much damage all weapons on your train will do.

As we’ve mentioned earlier, Choo-Choo Charles is going to be an open world experience, and based on what we’ve seen of it so far, it looks like a lot of it will feature dark and creepy wooded areas (which does fit the campy horror vibe rather well). Scattered throughout the open world will be three special items, and players’ main goal will be to gather all three, which can then in turn be used to summon Choo-Choo Charles for a final confrontation. There will, of course, be random and dynamic encounters with Charles throughout the map, but once you’ve summoned him, you will be tasked with destroying him once and for all, so make sure you’ve upgraded your train enough. Once Charles has been defeated, you can freely explore the open world map without the constant threat of his presence, and work your way towards 100% completion. 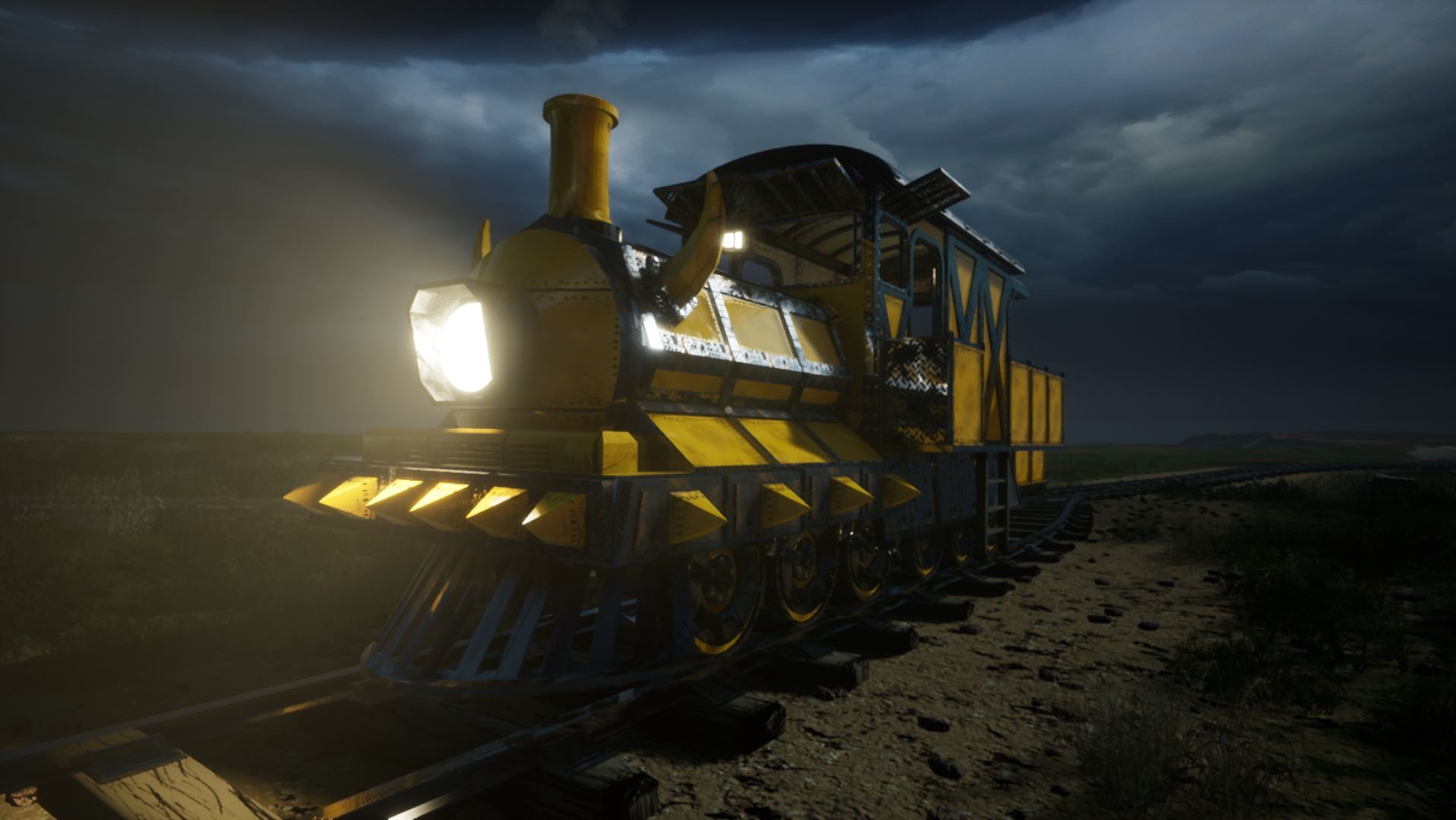 Part of the above described core loop is, of course, going to be to travel to new locations on the island. Seek out NPCs and accept and finish missions for them, and you’ll be rewarded with Scraps, while exploration will also net rewards. Crucially, missions will also reward you in other ways- like new weapons to use against Charles. There are still some details that remain unknown on this front- for instance, what to expect from these missions in terms of their design or variety. Hopefully, the game will keep things interesting to make sure it holds players’ attention. 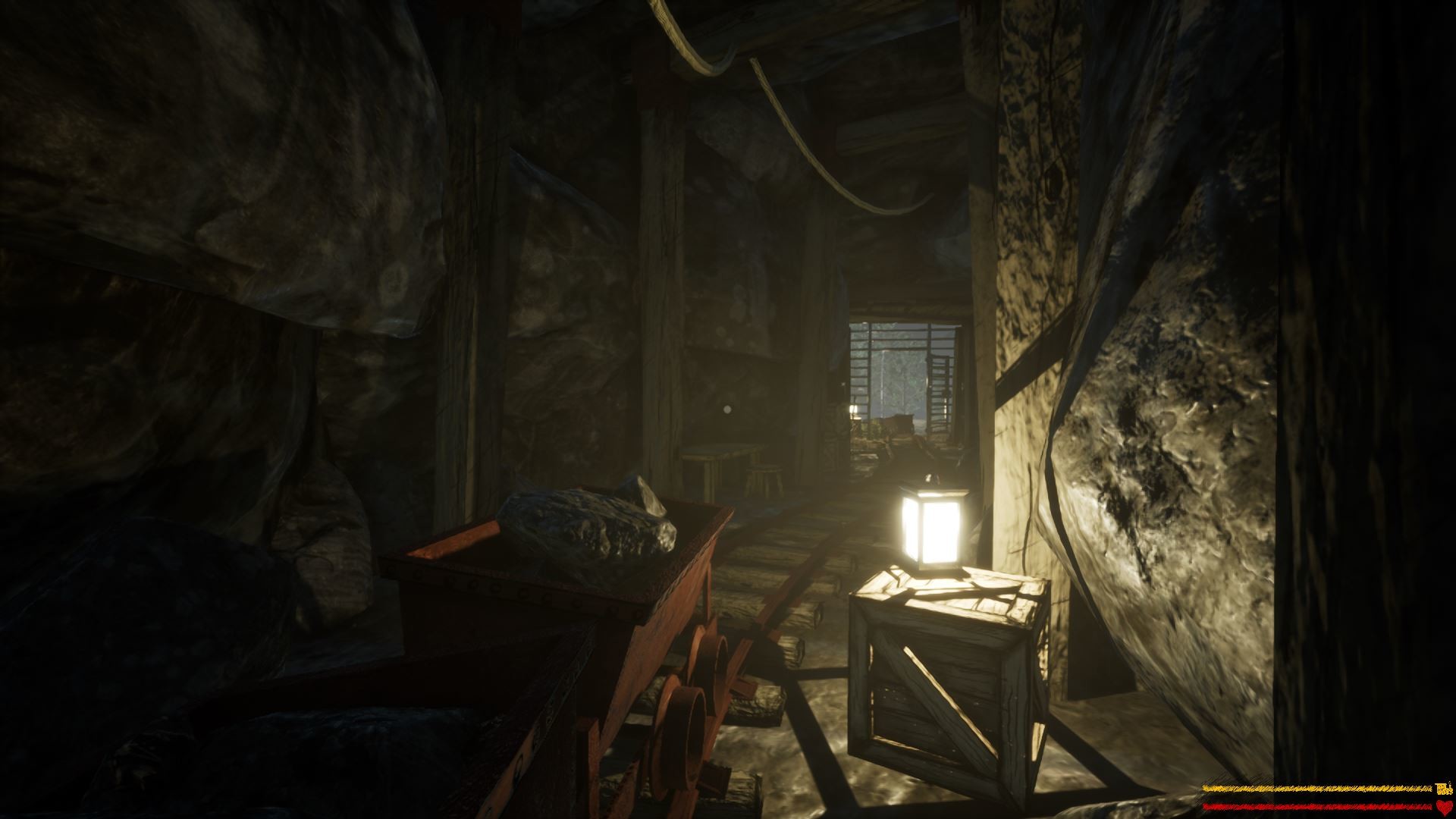 Driving your train around the island is of course the primary focus of the experience in Choo-Choo Charles, but the game will also bring some variation to the proceedings by allowing players to explore on foot. From collectibles to puzzles to locations that have their own lore and backstore details to reveal, Choo-Choo Charles will look to reward players for exploring in a number of ways, and plenty of that will be on your own feet rather than while driving your train. 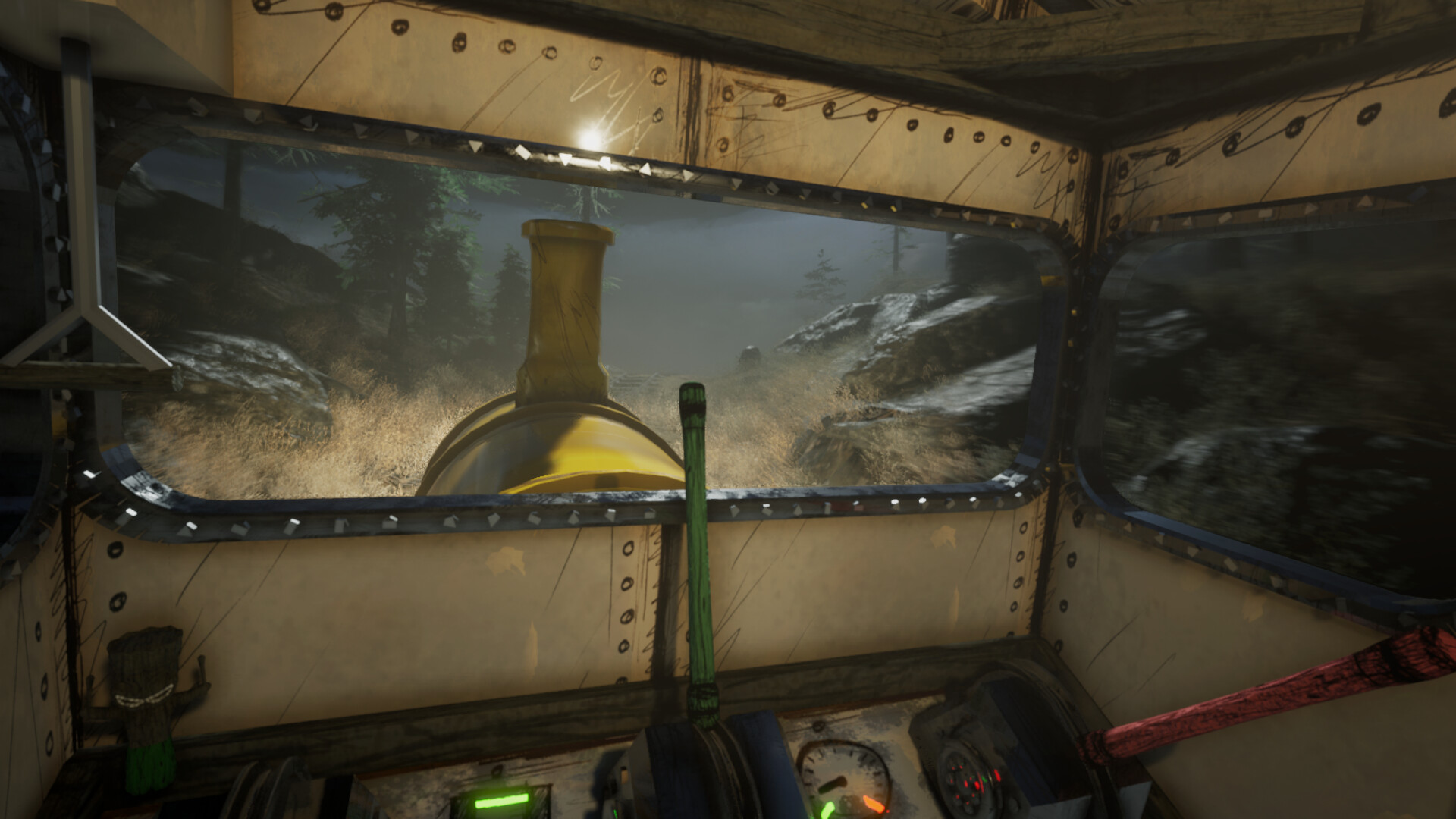 Exactly how long is Choo-Choo Charles going to be though? Well, it might be an open world title, but it’s worth remembering that this entire game is a solo effort, which means you shouldn’t be expecting a long runtime. Speaking last year in an interview with Escapist, developer Gavin Eisenbeisz revealed that Choo-Choo Charles will take roughly two to three hours to finish, while fully upgrading the train, completing all the missions, and finding all the collectibles will take another hour or two on top of that.

LAUNCHING FOR PC ONLY 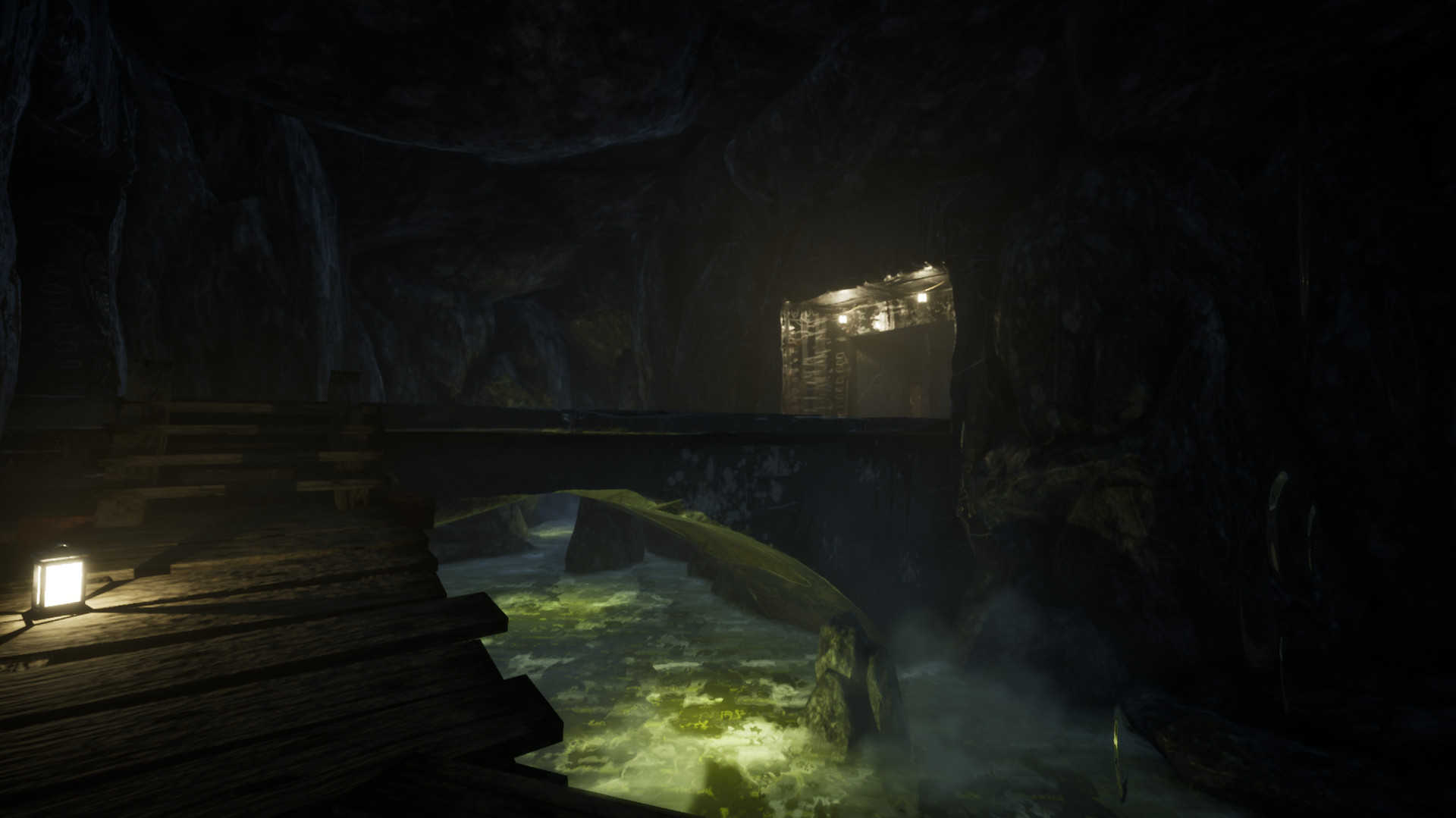 Choo-Choo Charles will be launching for PC on December 9, but are there any plans to eventually bring the game to additional platforms as well? Well, PlayStation, Xbox, and Switch versions aren’t part of the plan right now, but Eisenbeisz has said that they’re not completely off the table either. If they do come (which isn’t a certainty, it’ll be some time after the PC launch). “The initial launch will likely just be PC, on Steam,” he told Escapist in the previously mentioned interview. “I might bring the game to some other PC storefront as well. As far as consoles go, I would love to make the game available on Xbox and PlayStation, but those versions are likely going to come some months after the PC launch. Nothing is confirmed, and I’m not 100% certain I’ll be porting the game, but It’s definitely on my radar and something I’m interested in doing.” 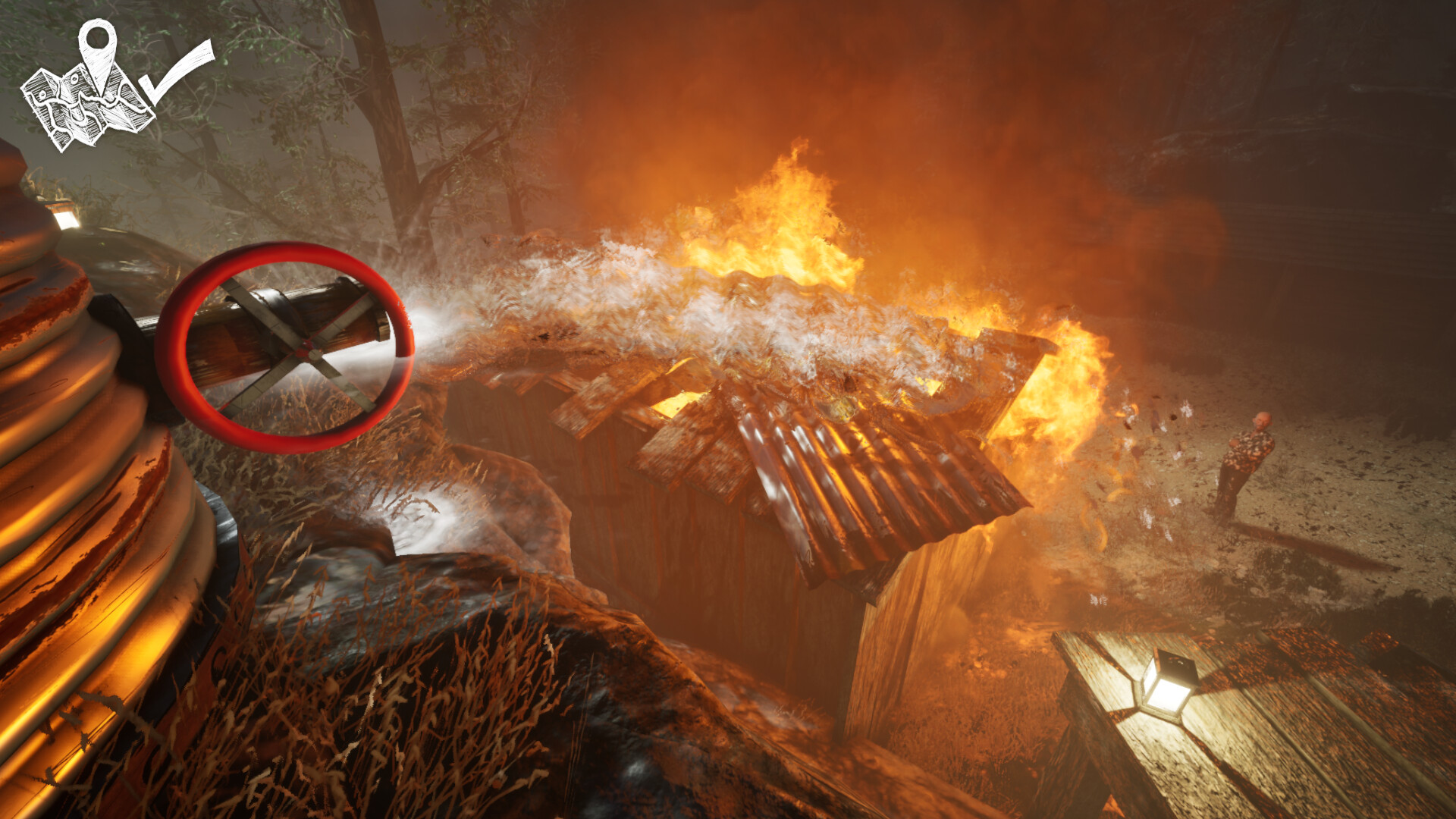 As you may have expected given the game’s size and the scope of its development, Choo-Choo Charles doesn’t have very demanding system requirements. So far, only its minimum specs have been revealed, but they’re very reasonable to say the very least. You will require a 2.5 GHz Quad-core Intel or AMD processor, either a GeForce 470 GTX or a Radeon 6870 HD, 4 GB RAM, and roughly 3 GB of free storage space. In other words, if your PC isn’t super outdated, you should be able to run this game without any issues.