Stardew Valley publisher says players will have “lots to explore and master”. 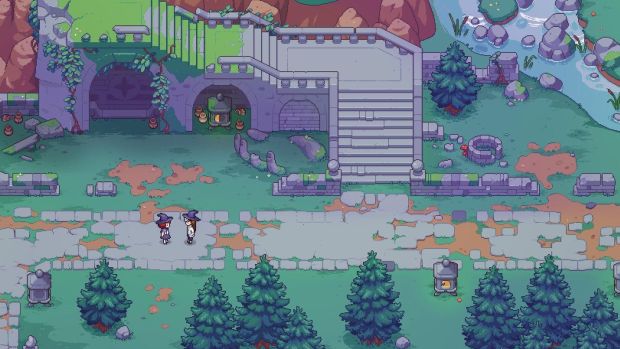 Speaking to Red Bull Games, Brice talked about the emphasis on relationships in the game. While players will be working to master different schools of magic and becoming stronger, they’ll also meet different characters, go on dates and even potentially get dumped. Ah, school life. It’s a hard knock life.

“The game revolves around your path through school, the relationships you build, and your mastery of the several schools of magic at your disposal. Players should expect to build up their magical proficiency by undertaking school projects. This might have them growing magical crops and creatures in herbology or taking on the denizens of the forest in elemental magic,” said Brice.

“School life is just as important as magic however; a lot of time will be spent meeting and befriending the varied cast of characters, taking on quests, awkward attempts at dating and a host of side activities.”

As for the combat, Brice noted that Zelda-like action titles were the main inspiration. In the case of Spellbound, however, there’s “spellcasting taking the place of swords, bows and bombs.” You’ll be looking to combine different facets into spells and eventually heading to the forest dungeon “where all sorts of rewards await.”

Don’t expect a “big linear story arc” with Spellbound though. In order to encourage replay value, Chucklefish wants players to have variety with “lots to explore and master.” The Stardew Valley comparison is obvious but the publisher does promise a similar kind of playtime. As for when Spellbound will release, it’s still early in development for PC. There might be a console release down the line though (Nintendo Switch included)