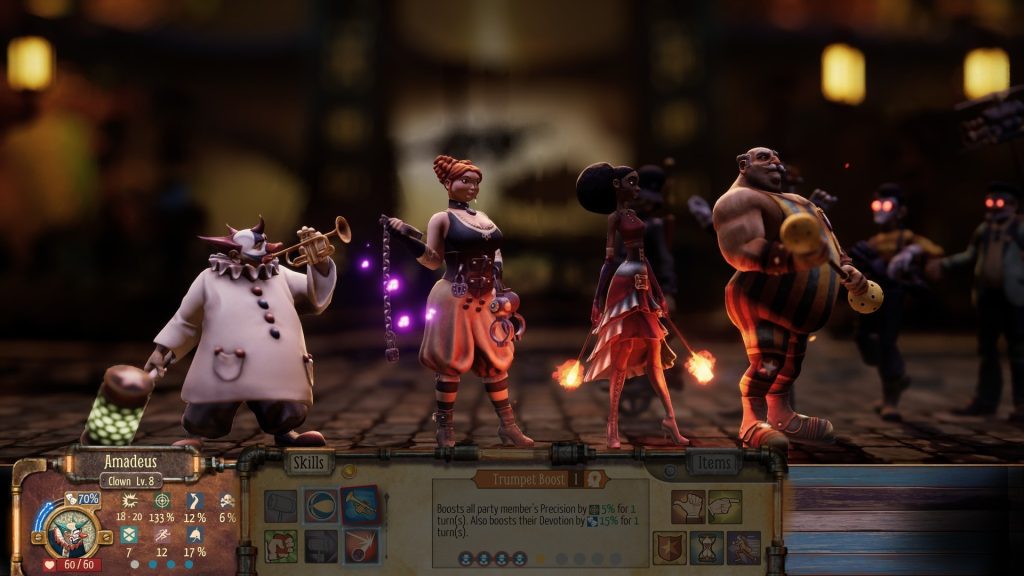 Developer Zen Studios had previously announced its upcoming project Circus Electrique late last year, and now we finally have a good look at its gameplay, thanks to its latest trailer. Check out the video down below.

Set against the backdrop of a steampunk London that has succumbed to an apocalyptic event called The Maddening, Circus Electrique sees players controlling a group of circus performers as they try to save the city. You choose a party of 4 members from a wide variety of distinct classes, as you take on increasingly tough foes in this turn-based tactical RPG. As showcased in the trailer, player positioning will be an important element of the combat as it unlocks certain buffs and skills for each character class.

Circus Electrique doesn’t have a release date at this point in time. The game will be releasing on PC, PS4, PS5, Xbox One, Xbox Series X, Xbox Series S, and Nintendo Switch.