City of Steam Design Dev Journal – To the Wilds!

New developments for City of Steam.

While we wait for the Beta to be ready (announcement on this to come soon!), here’s a bit of a development update on City of Steam.

A lot of new things coming up for the Beta… a lot. One of the big ones? Why, a little thing we’ve been mulling over for a while now: Wilderness instances.

“But Mechanist,” we hear you say. “Don’t we already have ‘wilderness’ instances in places like the Dustyard and Scraphills?”

To which we chuckle condescendingly, replying: “Oh, no no no. Those are just aboveground dungeons, which just have a ‘wilderness’ aesthetic to them. The Wilderness is a public combat level, an open instance where monsters respawn.” 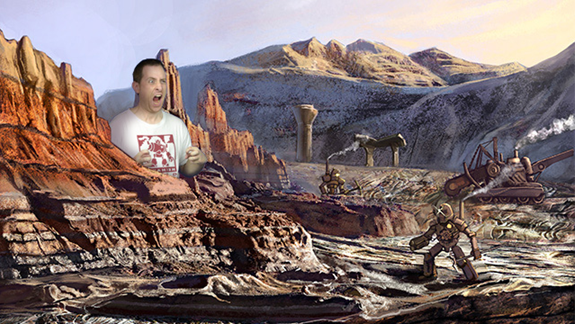 Yes. Public instances. A place, with mobs, that won’t just be yourself or up to 5 players in a group. Everyone can jump into the fray.

If you’ve been following City of Steam up to now, you probably know how big this is. So far, we only had single player or group instances, making the game more of a dungeon crawler MMO. We had been toying with the idea of an open, public instance, for a while now. We wanted it, players wanted it, but it was a matter of making it work within the game’s limitations. Well, after months of trial and error, we found a way, and now City of Steam is starting to look like an actual MMORPG!

Now, if you’re only finding out about City of Steam now, this feature is probably not as exciting to hear about… so um… How about this? We also have jetpacks!

They (both Wilderness instances and jetpacks of course) will be awesome. That is all…(for now)