It allowed the team to break free of historical context.

Civilization has, for long, been one of the most influential strategy franchises in the video game industry, with each game’s release on the PC almost like a major event for fans of the series. However, with this new announcement, developers Firaxis and publishers 2K have all but blown everyone away.

With Civilization: Beyond Earth, the Civ series is finally travelling past Earth, into Space, to let us settle alien worlds depending on which “faction” we choose. “Players will experience an array of new gameplay possibilities,” Firaxis says, “including nonlinear technological progression, deeper customization of chosen factions, and an entire alien world that will change the very identity of each faction based on their choices.

“Having celebrated its 23rd anniversary last year, Civilization has cemented its reputation as one of the greatest and longest running franchises in video game history,” said Christoph Hartmann, president of 2K.

“Sid Meier’s Civilization: Beyond Earth builds upon that success by pushing the series in new directions with players exploring an unknown future on an alien planet.”

“The Civ team was excited about the opportunity to continue the story of Civilization into the future, because it allows the team to break free of historical context,” said Sid Meier, director of creative development at Firaxis Games. “We’ve always let our fans create the history of mankind, and Civilization: Beyond Earth will now let them create the future.”

Civilization: Beyond Earth is slated for a release on PC, Mac and Linux this fall. Check out the new screens below. 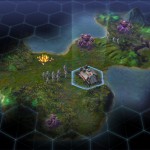 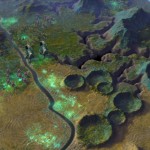 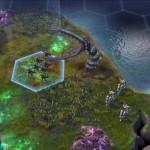