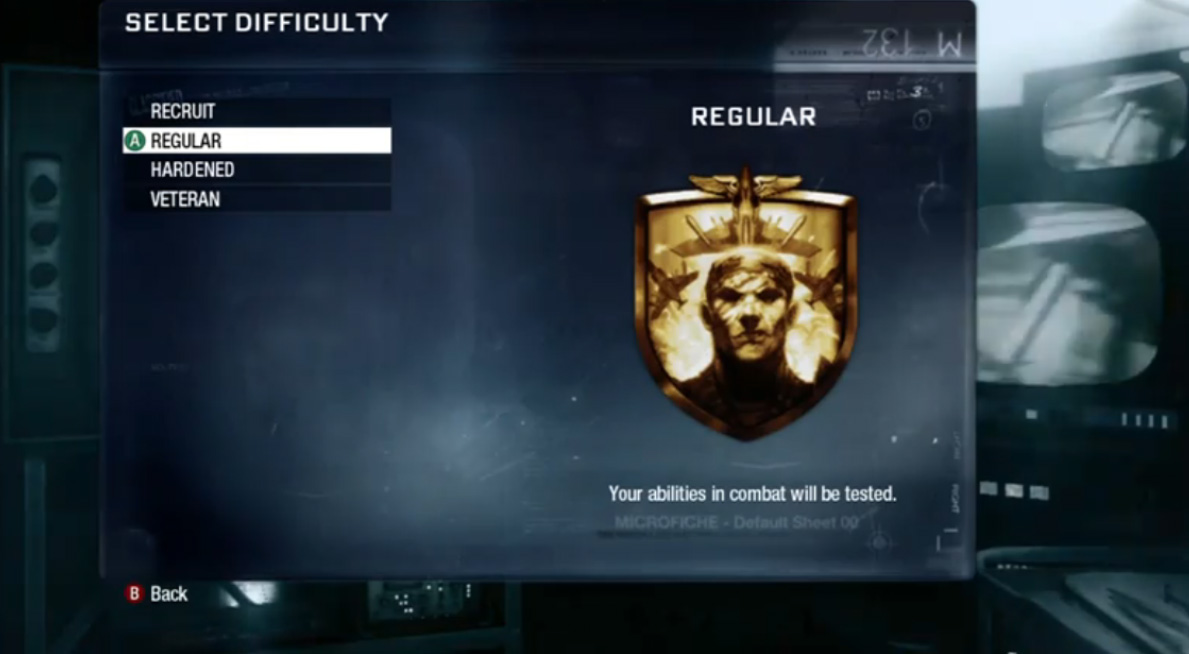 An image sent to us by a reader has confirmed that Call of Duty: Black Ops will be featuring 4 levels of difficulty which the player can choose from at the start of the campaign mode.

As you can see, Treyarch has ensured that the game is accessible to all types of gamers from the most novice FPS players to the most experienced ones.

Call of Duty: Black Ops releases on Nov 9 for the Xbox 360, PS3 and PC. Retail copies of the game has been leaked apparently and videos from the campaign are out in the wild. Watch out for spoilers!