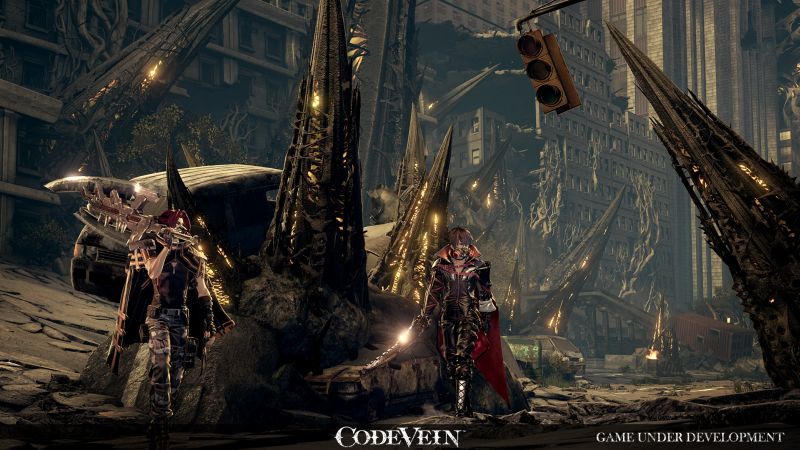 Bandai Namco’s Code Vein remains a mysterious game, and it sounds like that mystery will permeate into its very story itself. According to Dengeki PlayStation (via Gematsu), it sounds like the central mystery of the game will be one of the things that drive its narrative further.

The game will be set in a post apocalyptic world, after some unknown thing ravaged it; now, society is made of multiple adjoining, discrete lands, and populated by the Revenants. You will play as a Revenant, and your purpose as a Revenant is to survive. As you fight, you will get closer to understanding the truth of the world.

It sounds a fair bit like Dark Souls from that description- though of course, having a central mystery in a post apocalyptic world is a fairly common conceit in games (just this year, Horizon and Zelda have both done it). It’ll ultimately come down to how it’s done in the game. Code Vein has neither a release date, nor release platforms set yet.