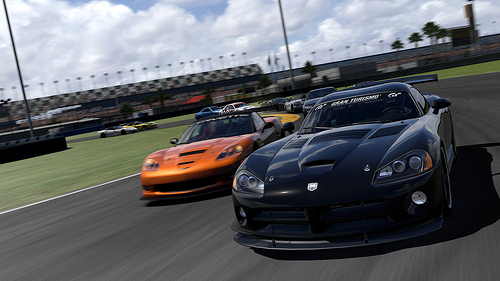 “GT5 is going to be a phenomenal product, with the time and investment Sony have made in it, you can have a technically phenomenal game, but you can also have a game concept that doesn’t really appeal [to some racing fans] and could be accused of – and you have to be careful how you write this – of being boring. ” said CEO Rod Cousens during an interview with CVG.

“We don’t have that problem. We feel the adrenaline rush that we’ll always provide in F1 will not be matched by anyone else. You’re going to have all the cars, all the tracks and all the worldwide locations – not to mention the best strategy, and the best damage, as far as we can. If you’re an F1 fan, you don’t need to go anywhere else for that.” he added.