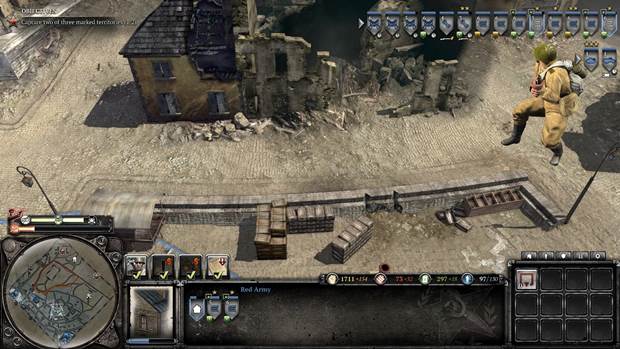 Company of Heroes 2, the Relic developed and Sega published sequel to the seminal Company of Heroes, the real time strategy game that adds environmental interaction and takes place in a WWII setting, will be getting a massive update next week with slew of free content.

The update, called ‘Turning Point,’ will add a map creator to the game called ‘World Builder,’ in addition to two new multiplayer maps, and four new multiplayer commanders. All the content gets added to the game for free and should mix things up for those already thorough with the game significantly.

“We are excited to provide such a large content update to Company of Heroes 2 players,” said Greg Wilson, Executive Producer at Relic Entertainment. “We are particularly proud to offer our community the much sought-after World Builder and are hoping to provide Steam Workshop integration and other mod features in the near future.”