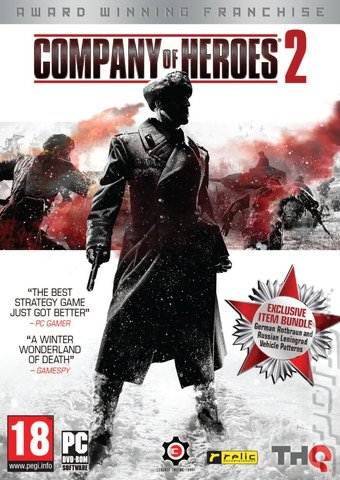 Company of Heroes 2 is a RTS video game that was developed by the respected video game development team, Relic Entertainment.

It will be a PC exclusive and is a sequel to one of the most popular RTS games of all time. The game is set in the frozen frontlines of war in Russia.

It runs on the Essence 3.0 Engine and is said to improve the genre by adding innovative dynamic battle tactics and improved visuals and destruction. The game is said to have tactical gameplay and rewards smart people.

It also features a dynamic line of sight system called TrueSight, destructible environments, and a realistic weather system referred to as ColdTech. [reference]

The previous Company of Heroes games were well known for providing stunning production values to the RTS genre. Company of Heroes 2 looks to take this one step further and offer a fantastic RTS experience that pushes the bar.

“Company of Heroes 2 is a true successor, introducing a new front, new protagonists and new technology while retaining the unique mix of strategic gameplay and competitive multiplayer that made the original Company of Heroes such a success,” Greg Wilson, Producer at Relic Entertainment, said.

“We are excited to announce a sequel to one of THQ’s best loved properties. Company of Heroes 2 will deliver an amazing strategy experience along with a strong post-launch digital content plan that enhances and expands the product’s lifecycle,” Danny Bilson, Executive Vice President of Core Games, added.

The game was expanded upon in post launch by way of DLC that comes in the form of mission packs that included the Southern Fronts, Victory at Stalingrad, Case Blue Mission Pack And the Ardennes Assault: Fox Company Rangers.

Company of Heroes 2 is an RTS game and is set to be one of the best looking games in the genre. The game does not aim to be fully competitive but does rewards players who play tactically.

The game is not like your usual click per minute supremacy RTS where being Korean gives you a genetic advantage over everyone on planet Earth.

If you are smart and willing to preserve your life instead of running out in the open like a headless chicken and not sacrificing your entire squad, you can easily defeat someone who does that. [reference]

“To play Company of Heroes 2 you need to play smart and be aggressive in your decision making. We want smart players to be able to maximize the value of their units. A guy playing smart with his defenses and his cover and his movement, you want him to beat up on a guy with three squads.” 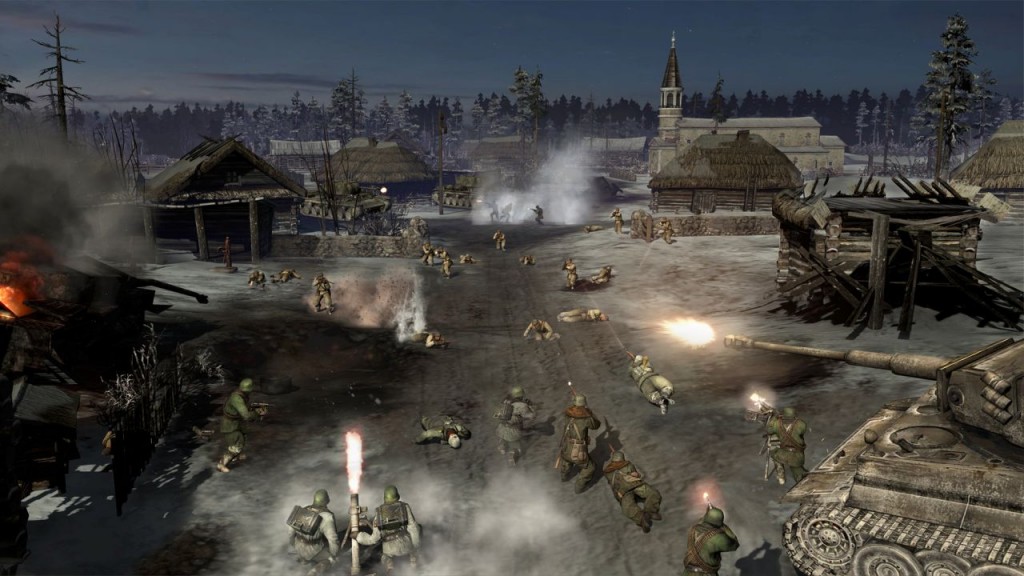 The game is set in 1941 and the beginning of what will become the most brutal conflict of World War II, as Germany launches a full-scale invasion of the frozen tundra of the Soviet Union which would result in over 14 million military casualties. [reference]

You can take command of the iconic Soviet Red Army in brutal frontline warfare to free Mother Russia from the invading Nazis. Your strategic skills and tactical expertise hold the power to tip the very balance of this conflict in the sequel to the critically acclaimed and multi award-winning Company of Heroes.

You will be able to engage in visceral tactical combat that will define you as a military leader and challenge you to wield the might of the Soviet Empire as you smash your way to Berlin. 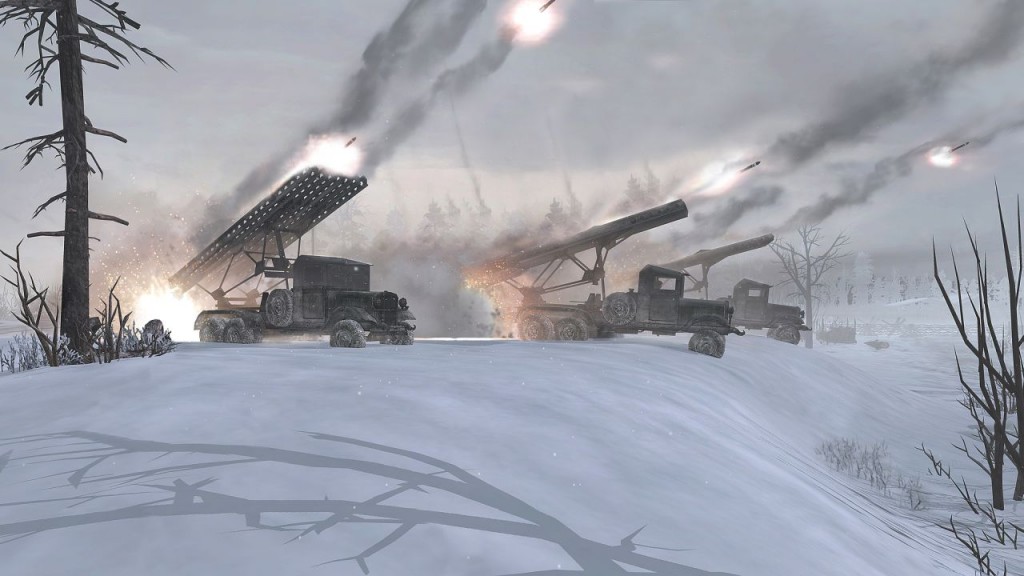 There are a lot of pre-order bonuses for the game and there’s also a tier based system. [reference]

The first tier includes some exclusive Team Fortress 2 items, including a German Officer’s cap and badge and the same items for Soviet Commanders.

The second tier includes a free giftable copy of Warhammer 40k: Dawn of War II: Retribution, which, you hopefully know, is a good game.

The third tier includes a complete chest of Company of Heroes 2 goodies- in-game currency for you to spend on future content, a unit boost, XP boost and the Commander archetype.

Relic Entertainment has released the system requirements for the game and they are pretty decent. Check them out below.