Posted By Shubhankar Parijat | On 03rd, Mar. 2020 Under Article, Interviews

One does not usually associate the the terms “adorable art style” or “whimsical aesthetic” with the harsh and barbaric world of Conan, and yet developers Mighty Kingdom and publishers Funcom are taking an interesting step by doing just that with the upcoming Conan Chop Chop. On top its visual style, with its roguelike structure, focus on co-op gameplay, and its action-drive combat, the game definitely looks like an interesting mashup of ideas. Not too long ago, hoping to learn more about the game, we sent across some of our questions about Conan Chop Chop to its developers, asking about everything from the inspiration behind its visual style to what the game’s combat will have on offer. You can read our conversation with creative director Shannon Cross below. 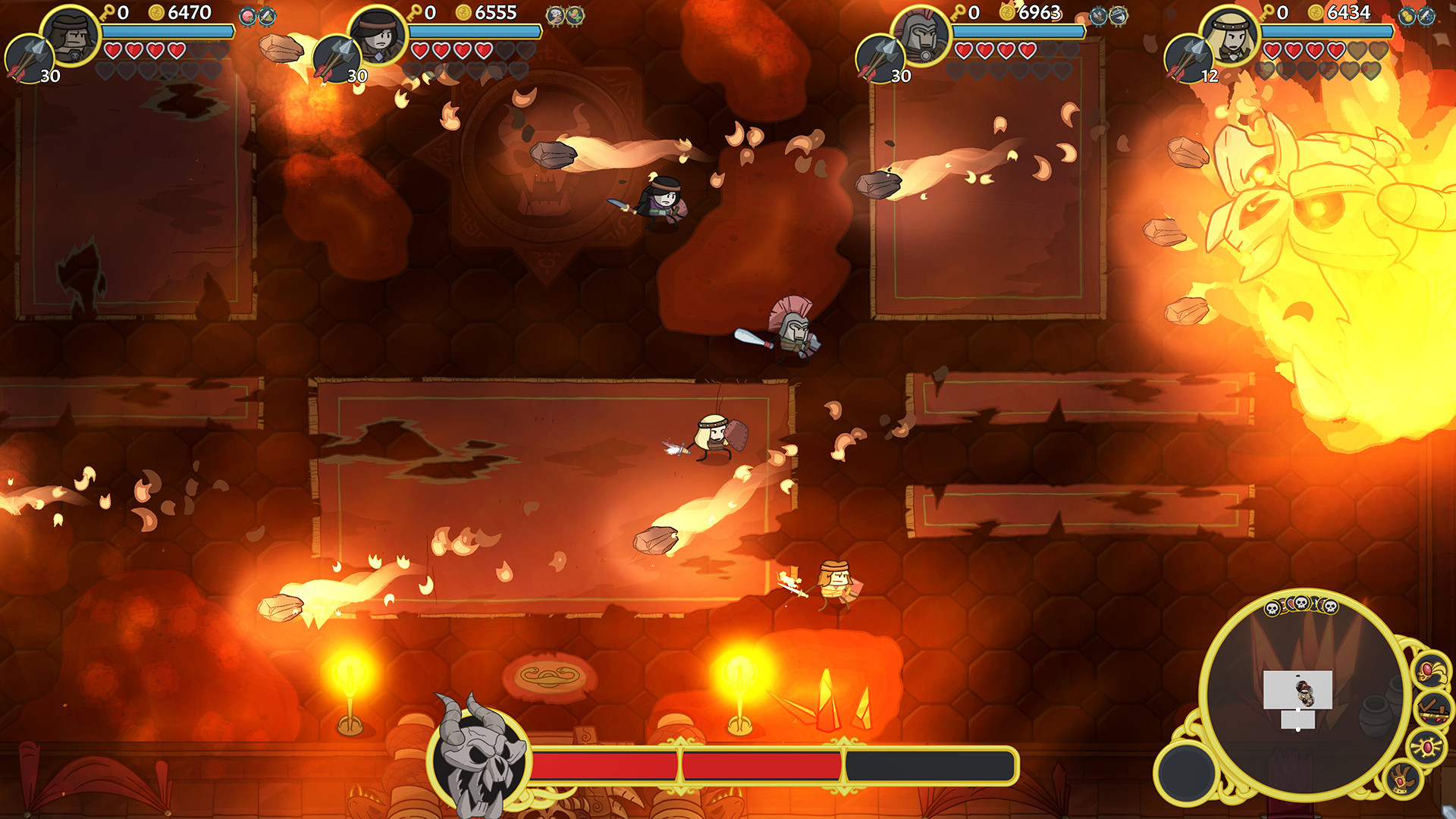 "I think that Funcom really liked the concept of the game we were developing and enjoyed the juxtaposition of depicting Conan in such a cartoony and whimsical way."

Blending the harsh, violent world of Conan the Barbarian with the adorable, vibrant visual style of Conan Chop Chop is an interesting idea- how did that come about?

I think that Funcom really liked the concept of the game we were developing and enjoyed the juxtaposition of depicting Conan in such a cartoony and whimsical way. The idea sounded really fun and accessible, with potential to open up the world of Hyboria to a new audience. Funcom saw that opportunity to take the Conan world and characters to a place that it has never been before that fans would really love… and here we are!

For players who’re looking for a completely solo experience, is single player a viable option in Conan Chop Chop, or would you say it’s best played with other players?

Of course, we want this game to be played and enjoyed with your friends, but it’s been important throughout development to ensure that the experience was also engaging and enjoyable for one player. We’ve put a lot of effort into the random nature of how the world plays out each round you play and how you can combine weapons, charms and play style to have an interesting experience every time you play whether it’s on your own or with your friends.

How does the game balance its difficulty on the basis of how many players are playing together?

There is quite a natural balance that happens where one player can acquire more loot and therefore purchase better items, whereas multiple players must share the spoils between themselves. Having four players can make it easier in some cases, but it also presents its own types of challenges.

Having said that, we do have some checks in there to ensure that single players are not overrun, and that it still remains challenging for multiple players. 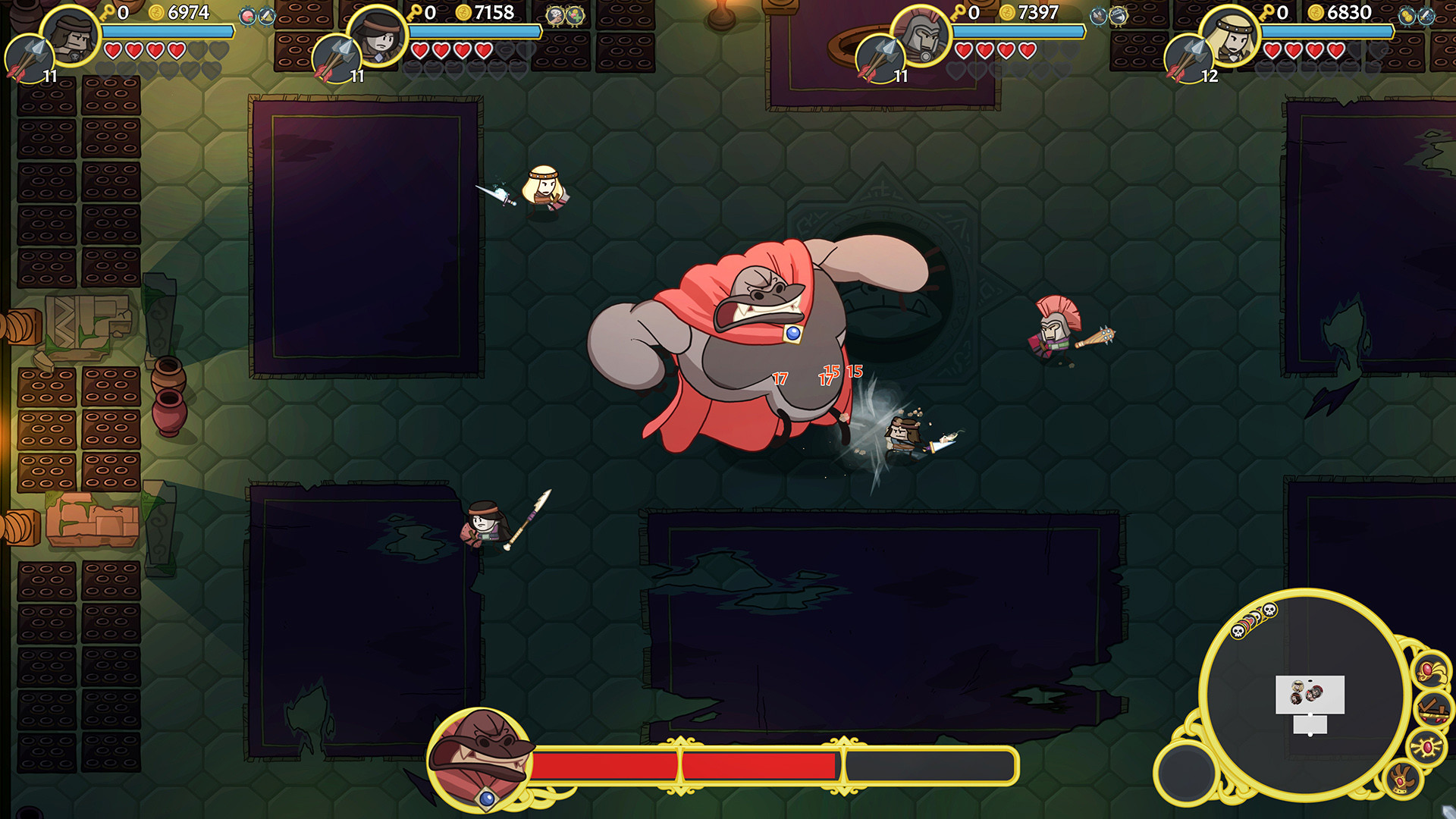 "We’ve tried to deliver as much variation as possible through the enemies, hazards and bosses in the game."

How much variety does the game offer in terms of combat and builds with things such as weapons and abilities?

There are all sorts of items, weapons and gear for players to find. Each playthrough offers its own unique feel with a random selection of gear. It’s the thing we adore about similar games and can provide a heap of replayability. For the completionist, there’s loads of hours of content to unlock and experiment with.

Can you talk about how many playable characters there are in the game, and how much they differ from each other, mechanically speaking?

What can you tell us about the variety enemies and bosses in the game?

Again, we’ve tried to deliver as much variation as possible through the enemies, hazards and bosses in the game. I don’t want to give away too much at this point though.

When it comes to the size of maps, how much room for exploration is there in each of Conan Chop Chop’s areas?

The different environments are vast enough to enjoy the exploration while still maintaining a good action tempo. The maps are randomly generated each time, so there’s always potentially something new to find if you go looking. That’s going to depend on whether you are the type of player that wants to b-line to the objective, or the type that takes your time to explore every inch of the map.

Roughly how long will an average playthrough of Conan Chop Chop be?

An average playthrough may take up to an hour and half to 3 hours, though experienced players, may be able to complete it much faster than that. You are not expected to complete the game on your first attempt, though. 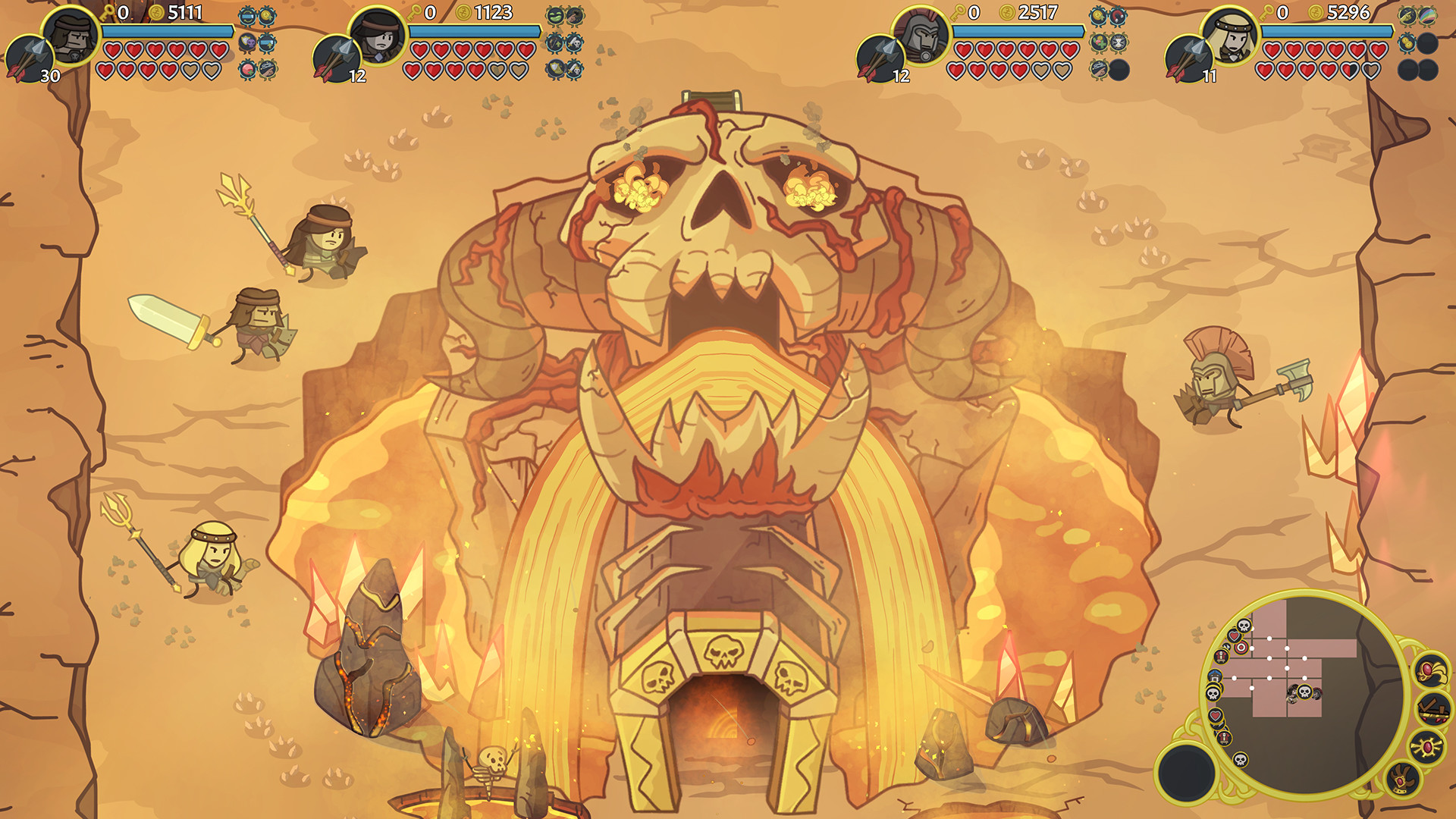 "We still have a few cool ideas that’d be cool to implement post-launch, but we cannot go into details at the moment."

What are your plans for the game as far as post-launch support is concerned?

We still have a few cool ideas that’d be cool to implement post-launch, but we cannot go into details at the moment.

Does the game feature Xbox One X and PS4 Pro-specific enhancements? Is 4K/60 FPS on the cards?

Not at this point. But who knows what the future holds?

It runs really well. We’ve put some time into optimizing to get a really smooth experience for single and multiplayer.