Onur Şamlı, co-founder of the company and Programmer Galip Kartoğlu answer some of our questions regarding Conarium.

Conarium is a game that is inspired by H.P. Lovecraft’s novella ‘At the Mountains of Madness.’ The game’s story is bound  to be one that grips players as they take on the role of a scientist called Frank Gilman who soon finds that things have changed somehow in his team’s base at the south pole.

To learn more about the game’s development, Gamingbolt reached out to Zoetrope Interactive to answer our questions about the game. Onur Şamlı, co-founder of the company and Programmer Galip Kartoğlu answered general questions and technical questions related to the game. 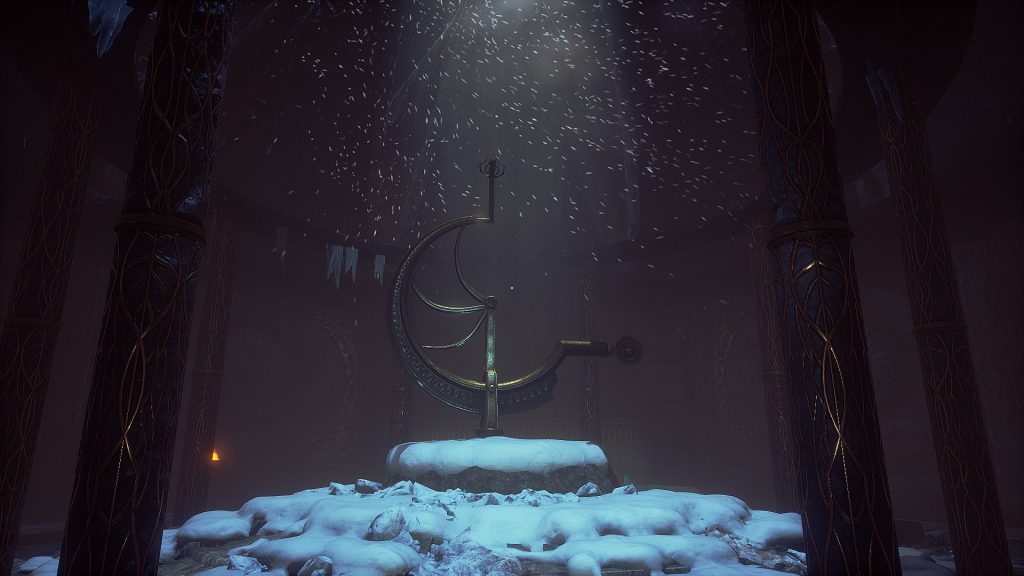 "The most important lesson we have learned is that narrative design and its unambiguousness in nature is the key."

Conarium is available now. Where do you see the game reaching in the future in terms of success and recognition?

Onur Şamlı: Fortunately, Conarium has been doing well than what we imagined. While developing the game, due to the limited resources at hand, we could not put enough attention to most of the design aspects as much as we wanted and we knew Conarium fell short of gameplay and puzzle quality of what we originally had in mind. Despite such shortcomings, players interest have been very high and we hope it would continue in the future.

Tell us what did you learned from your previous two projects and has that experience helped you in the development of Conarium?

Onur Şamlı: All of our games share the same narrative nature and we gained much experience in that field during all those years. The most important lesson we have learned is that narrative design and its unambiguousness in nature is the key. Every action player has taken must be coherent and based on the plot along with the fact that every plot element should be explained to the player in an aesthetic way.

Conarium features story telling in a unique way. You are not holding the hands of the player, instead you provide visual clues. Why do you think more and more games like Conarium are approaching subtle story mechanics instead of a direct narrative structure?

Onur Şamlı: We base our games on the works of H.P. Lovecraft, a world which has already been introduced. Also basing your game on a literary work means you have to keep your game within the frameworks of literature. That was our design philosophy when creating Darkness Within Series. We didn’t even consider making DW series superficial with a shallow storyline and tried to expand our own universe and lore in a Lovecraftian fashion.  On top of that, we followed the basic narrative patterns of our favorite adventure games of late 90’s.  They did not not hold your hand and  that’s the prerequisites of playing an adventure game back in the days. Player must progress based on their own observations within the game world and game designer’s  job is to give player enough clues to make the progress fruitful. We did the same with Conarium and followed the narrative patterns of DW series.

I find it interesting that Conarium features everything from almost every genre. Horror, sci-fi, futuristic, modern etc. How challenging was it to balance this out whilst maintaining the core gameplay elements?

Onur Şamlı: Designing the game world was a big challenge for us because Zoetrope is a team of three people and the two of them -my brother and I- were the only artists responsible to design the game world. Our Initial design conception revolved around the idea of transfusing modern architectural styles such as Art Nouveau, Art Deco with ancient masonry. Also knowing that H.P. Lovecraft wrote his stories against the backdrop of modernist movement, we simply imaged how he would react in creating visuals of the game in the perspective of this context. Finally we think it would be best to incorporate the past with retro-futuristic technology. Furthermore we wanted to create a post-modern storyline and having futuristic elements somewhat comes as a result. It was a challenge to balance such union of styles but refining all of our resources and retouching the jagged edges helped a lot in that case.

This game was developed by three of you. It’s a remarkable achievement. Can you share your experiences about the hardships you faced while developing this game?

Onur Şamlı: Simply put it was hard as a hell. Everything was a challenge actually. Basically we don’t like to make anything incompetently because development process involves a high level of creativity and aesthetic which means we have to deal with every discipline game development requires with efficiency and with a certain degree of quality. We also know that concession involved important consequences. So trying to do everything coherent was the biggest challenge for us. 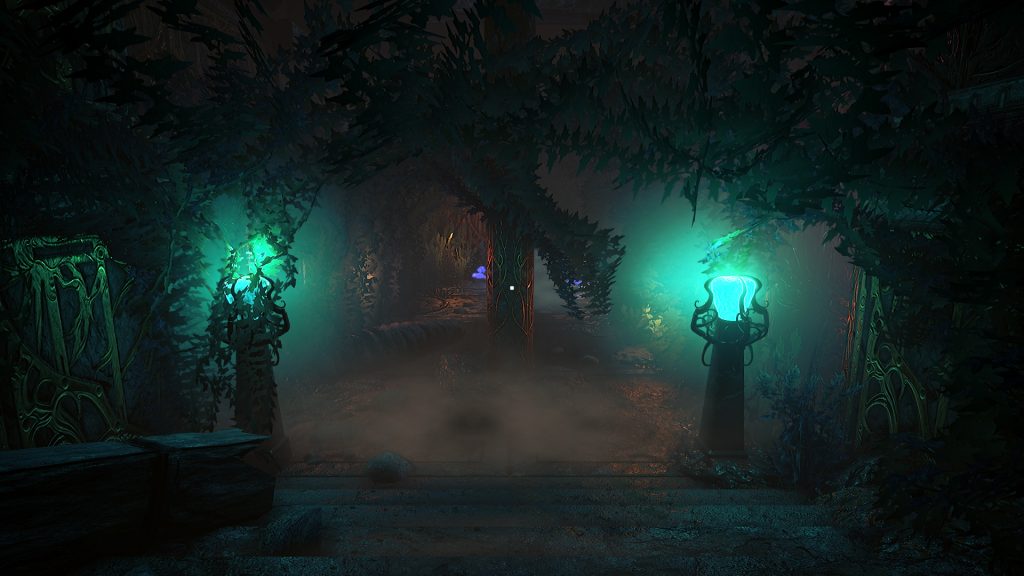 "We especially love the way H.P.Lovecraft  shifted reality with his sieve of creativity and mixed the result with his own fiction as well as his  usage of intertextuality."

Lovecraftian Horror is not a genre that many developers excel in. Why did you took this as a source of inspiration for your game?

Onur Şamlı: My brother and I are incline more on the decadent literature. So in this regard reading H.P. Lovecraft in our adolescent years definitely shaped our imagination a lot. We especially love the way H.P.Lovecraft  shifted reality with his sieve of creativity and mixed the result with his own fiction as well as his  usage of intertextuality.

So, Sanity was a gameplay element but now it is a narrative element. Why?

Onur Şamlı: Narrative and gameplay design usually overlap each other when the game is focused on storytelling, this is natural.  If a game has some existentialist ideas woven within its plot, it is expected  to use sanity as a narrative device because narrative devices and their dramatic, thematic and emotional significance are indisputable in literature.

Conarium looks beautiful, by the way. It’s running on the Unreal Engine. What kind of modifications did you made to the engine so as to achieve your vision?

Galip Kartoğlu: Actually none. Unreal Engine is a beast when it comes to performance. If you know what you are doing, the engine rewards you more and more. We usually don’t exceed the limits of traditional game development rules so we haven’t done so much to achieve the current results.

Galip Kartoğlu: Again we haven’t touched anything regarding the rendering sides of things. Unreal Engine’s default rendering pipeline works beautifully and it was just enough for us.

Galip Kartoğlu: For PS4 Pro and Xbox One X on 4K resolution, the game will run at a fixed 30 FPS, and on 1080p HD resolution it will feature a smooth 60 FPS.

Galip Kartoğlu: Conarium will run on 1080p HD resolution on both platforms with a fixed 30 FPS.

Galip Kartoğlu: They are both very powerful devices for sure, and Unreal Engine 4 is a good engine, Conarium is running smoothly on both platforms. So it is safe to say (at least for now, since we are still developing for both…) we haven’t come across anything major to mention. 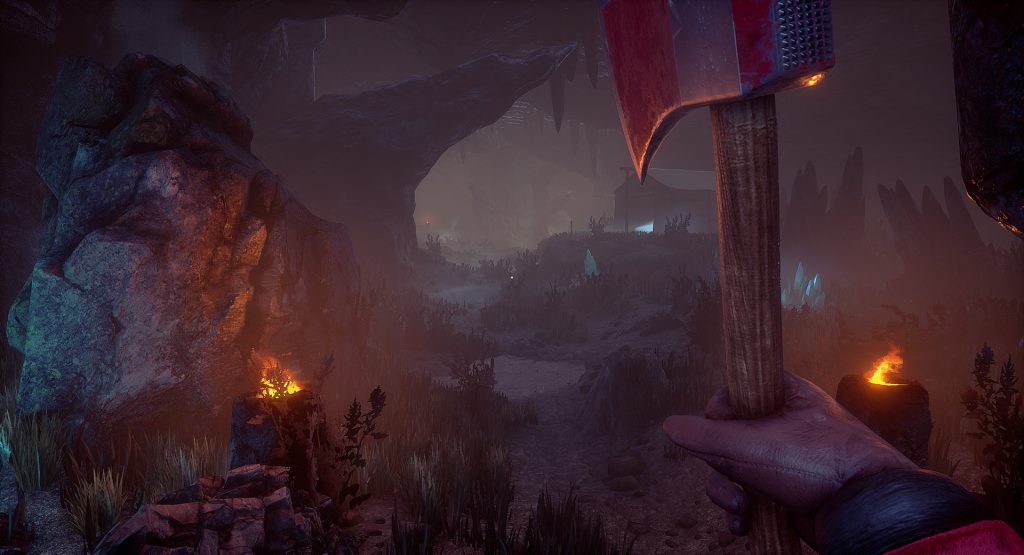 "Delta color compression is a formidable technique due its lossless image implementation and we hope it will be supported by Unreal Engine 4 in near future."

Sony are promising an advanced work distributor in PS4 Pro along with new Polaris features like Delta color compression. What is your take on these features and do you have plans to take advantage of them?

Galip Kartoğlu: Delta color compression is a formidable technique due its lossless image implementation and we hope it will be supported by Unreal Engine 4 in near future. For now, we stick to the engine’s current features.

Galip Kartoğlu: Conarium itself is a very modest game on graphics and memory requirement departments. It was optimized carefully with some points in mind, which we would never compromise: such as full dynamic lighting and texture quality. We never touched those on any platform, thus the game will probably continue running with similar memory blueprint and won’t be needing more.

Galip Kartoğlu: Conarium is not a CPU-bound game and we haven’t work on such a title before but I can say this doesn’t look like too serious to hold Xbox One X back.