Posted By Kartik Mudgal | On 25th, Jul. 2012 Under Reviews | Follow This Author @KartikMdgl

Confrontation, developed by Cyanide Studios, is quite a conflicting game because on one hand it’s so simple and does nothing new to innovate in the RPG/RTS genre, but also takes a lot of steps backwards. So it’s a loot game, kinda like Diablo 3 and the likes. I kinda wish I played this before Diablo 3 because Diablo 3’s messy gameplay mechanics wouldn’t have such an impact in my mind while playing this game. 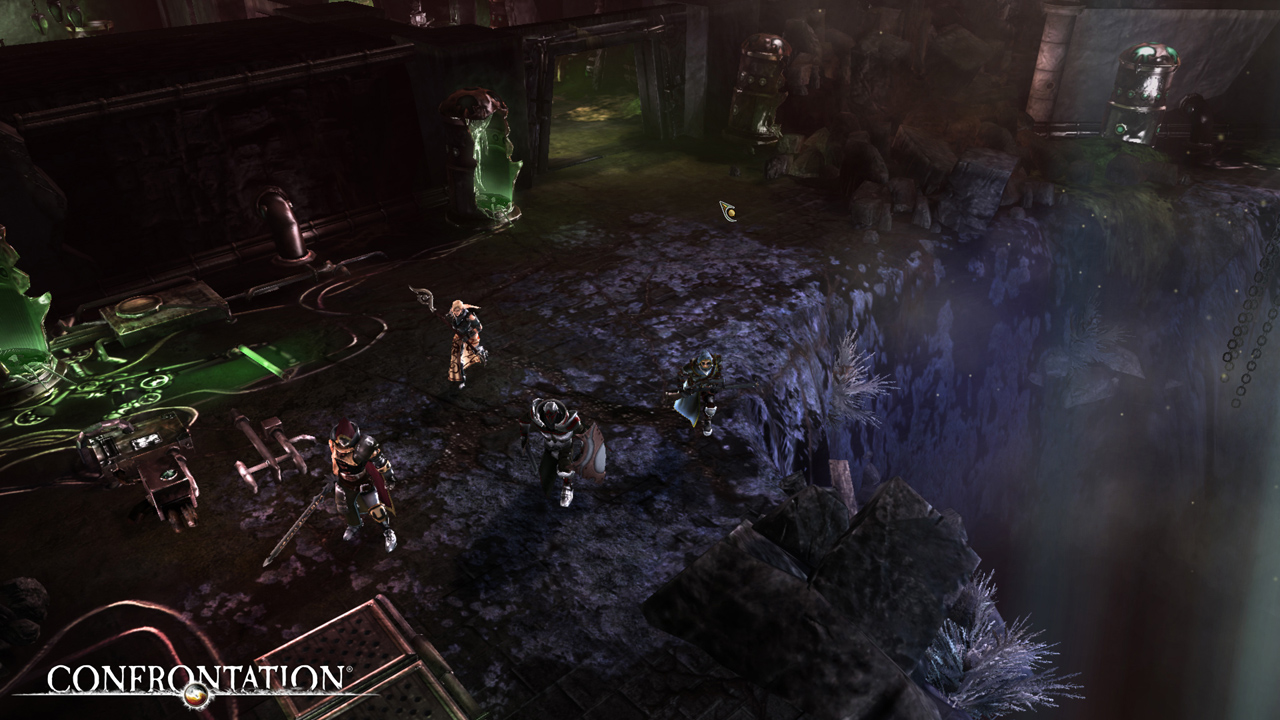 Combination is the name of the game. As soon as you start you get to control four griffin soldier, each with their unique abilities, like dps, tank, healer and crowd control. So you know what to do with these classes when the proper opportunity arises. This isn’t that difficult to someone who knows how to play these games, as the core gameplay mechanics are similar to many games.

The visual style and graphical showcase offer is quite average here which reduces the immersion a bit. There aren’t glorious lighting or physics effects that will make you immersed in the game. The gameplay mechanics are quite decent when you are facing a combat scenario, there’s quite a lot of cool shit happening, which kind of makes me want to appreciate this game.

The land of Aarklash contains a lot of factions and it’s a pretty volatile scenario with threats everywhere. Having discovered the scorpion faction which has found out a way to clone a giant scorpion called Mecasyatis, the campaign also takes you through different factions which you got to fight eventually. Wolften and Jackal faction are the other two. 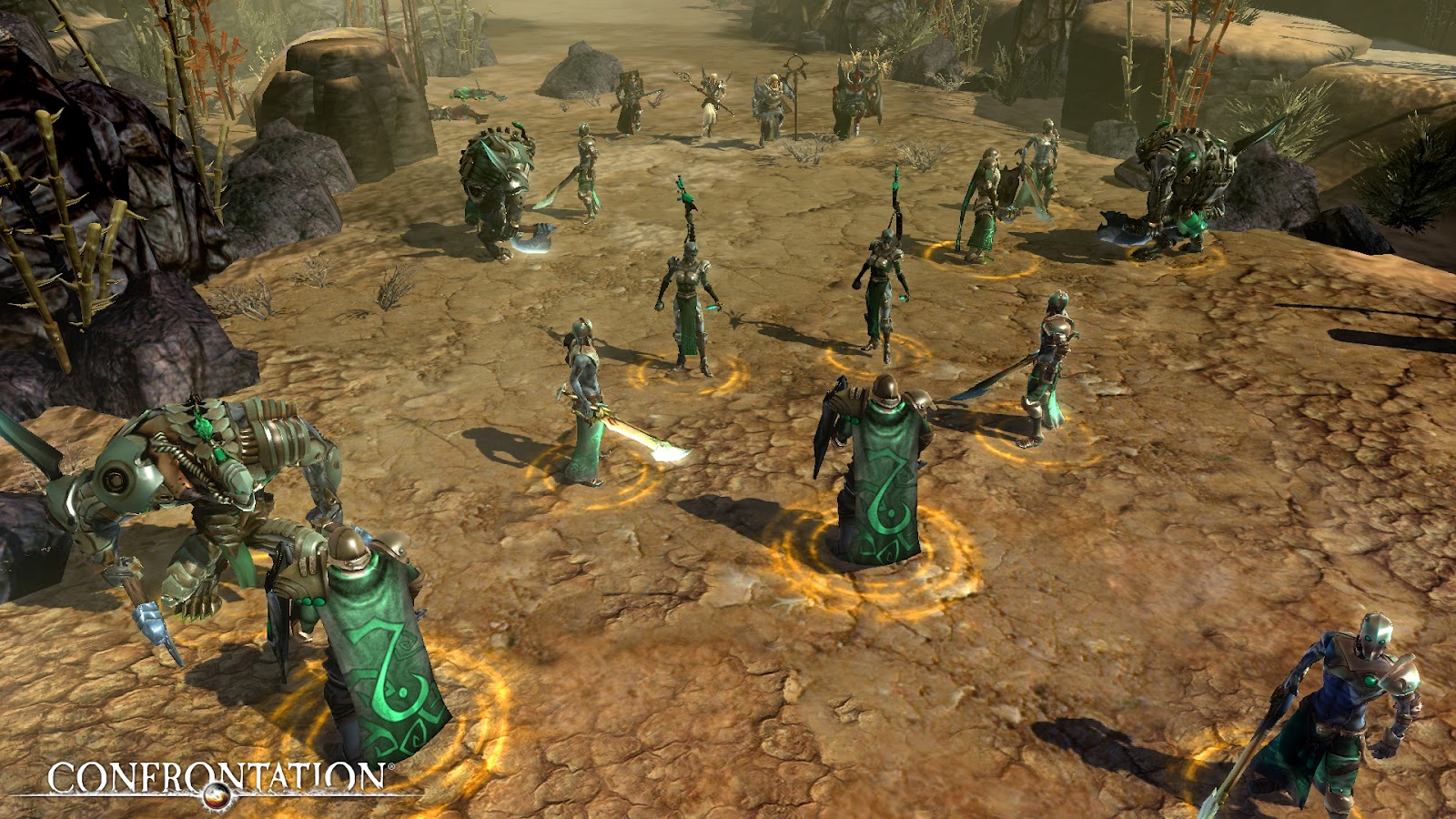 Killing enemies will get you experience which will level up your team, allowing them to gain new abilities and increase in stats which helps a lot, as usual. As any other game you need to fight the important enemies and take them out before going to the smaller ones which are less of a threat. The game is pretty unpolished which isn’t something I expected but what I did expect was low production values, but in a way you can’t really blame the studio who does not have the financial strength of, say, Blizzard.

Sound effects aren’t that great either and don’t really immerse you in the game, which is a shame, since the combat gets repetitive after a while and the sounds are one of the main reason it becomes really annoying to play it. It isn’t that entirely bad, considering some of the effects sounds great but the overall consistency is missing. The game could have been much more better had the developers too their time with it and crafted something at an acceptable level of quality. 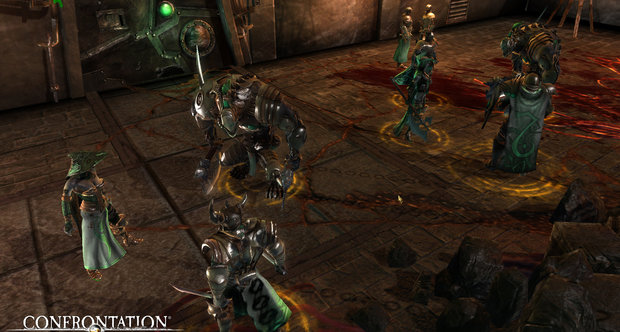 There are six skills available to each character which can be upgraded by gaining skill points by leveling up, its quite simple. The enemy AI is pretty decent but not something to be proud of. It’s all mindless killing after all. The main problem with Confrontation is that it’s too basic, and does nothing to set itself apart in the genre, and combined with low production values, you have a recipe for mediocrity.

Fun for a while. The combat is decent.

The controls are wonky. The graphics are underwhelming. Low production values.

The main problem with Confrontation is that it's too basic, and does nothing to set itself apart in the genre, and combined with low production values, you have a recipe for mediocrity.

A copy of this game was provided by developer/publisher for review purposes. Click here to know more about our Reviews Policy.
Tagged With: Confrontation, Cyanide studios, pc