The developers discuss why the decided to bring the game to PC and consoles and what are some of the changes we can expect to see.

Construction Simulator 2 was initially released for mobile devices but now  it is also set to release for the PC and consoles. The game builds upon the foundations of the original game in just about every way. If you’re a fan of simulation games, then this is one that you will want try for yourself.

To learn more about the game and its development, Gamingbolt reached out to the developers and René Nold(CEO weltenbauer. Software Entwicklung GmbH) provided the following answers. 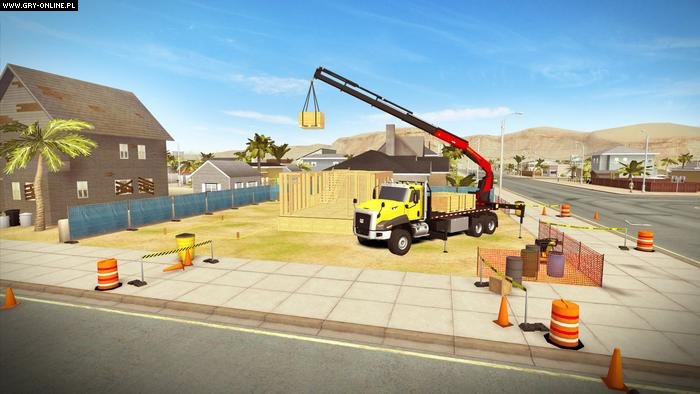 "The game, its features and content remain identical to the mobile version but we had to make some adjustments in the UI and implemented the game controller support"

What made you decide to bring this game over to consoles and PC?

There were several reasons for this decision. One of them is, that the development process of the next full-featured PC version will still take some time and since we did not want our great fan community to go without some new construction adventures for PC and consoles in the meantime, we thought it would be great idea to port Construction Simulator 2 to these two platforms. For a mobile game Construction Simulator 2 offers an enormous scope and also implements one of the most frequently desired feature of the community: road construction. In addition, the experience of bringing a game to consoles was something completely new for us. With Construction Simulator 2 we had a ready-made and well-functioning game and were therefore able to focus on the porting process itself and tackle all the unique challenges that come with console platforms.

Will there be any changes in the version of the game that will be released on consoles and PC?

The game, its features and content remain identical to the mobile version but we had to make some adjustments in the UI and implemented the game controller support. And of course, we also improved the visuals by integrating features like real-time shadows, bloom, lens flare effects and ambient occlusion for example. Thanks to the GPU and RAM of the new platforms we were also able to increase the texture resolutions of vehicles and of the game world in general.

What are the different kinds of missions players can expect to see in this game?

In the beginning, players can look forward to smaller delivery and back-up missions to familiarize themselves with the game and the controls. Afterwards the first construction contracts will become available. At first, they will get the opportunity to build small wooden houses, later also larger buildings made of stone, steel and glass. Another mission type is the long-awaited road construction. Again, it will start small with road refurbishments and repairs. Later in the game players will also be able to construct whole new roads. Additionally, we added a number of really big special missions – the construction of a shopping mall, a diner, a museum and a concert hall for example.

Would you say that the gap between mobile games and PC/console games is reducing?

Yes, to a certain extent. The graphics performance of the mobile platforms has accelerated rapidly during the recent years. It is now possible to create games that offer a graphics quality that has only been possible on PCs just a few years ago.

What would you say are the main elements to get right when designing a simulation game such as this?

Construction Simulator 2 is as you said a simulation game. So one of the most important things of course, is the realism. Real vehicles, a convincing game world and great jobs that are mirroring the everyday life of a construction worker but in an “idealized” way so that the gaming experience remains fun and the tasks avoid becoming dull. When it comes to operating the game and controlling the vehicles, it is very important to find a perfect balance between accessibility and realism – or at best to make it adjustable – so that casual gamers can get into the game without any problems while hardcore simulation fans are satisfied too. 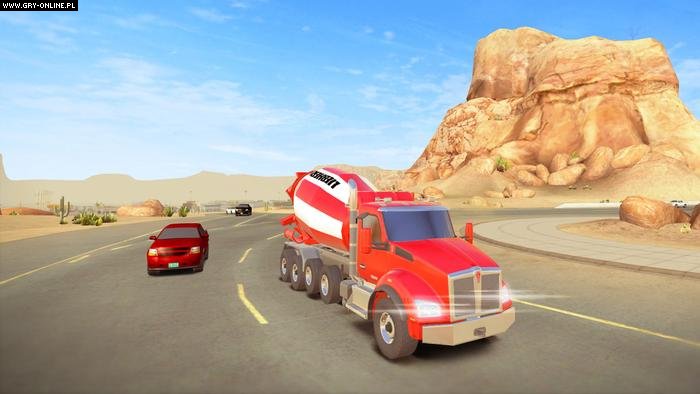 What first inspired the idea behind Construction Simulator?

The Construction Simulator is a game series that we have felt committed to for quite a long time now. We started back in 2011. At this time, the construction simulator topic was still largely vacant and we already had some experience in creating simulations for the construction industry. The topic worked fine all in all, so we stuck with it. We like the idea of doing something constructive instead of blowing up stuff like other games frequently do.

The game has been available on mobile devices for a while now. Was it always a part of the plan to bring it over to PC and consoles?

No, at the beginning this wasn’t planned. Therefore, some of the conversions and adjustments were even more intense and costly than initially expected. The consoles have been a completely blank sheet for us until now but we are glad that we could gain some experience in this regard with the implementation of the Construction Simulator 2 port.

Do you plan to release future games in the series on PC and consoles as well?

Yes, as already indicated above, we are already working on a new full-featured successor for PC. It will however take some time until the official release. A console release is too in the realm of possibilities – the experience gained from the successful port of Construction Simulator 2 would certainly give us the advantage of avoiding common pitfalls.

What can you tell us about the game’s multiplayer mode?

Even though many players asked for it, Construction Simulator 2 US is a one-to-one port of the mobile game to consoles and PC so it won’t offer a multiplayer mode. This feature was never planned for the mobile game so it can’t be integrated subsequently without causing a number of difficulties.

With previous games that were released on PC, you actively pushed for user-generated content. Will you be encouraging modding for this game on PC?

Not for Construction Simulator 2. The system simply isn’t made for this. But the upcoming successor for sure will support modding and user-generated content once more. 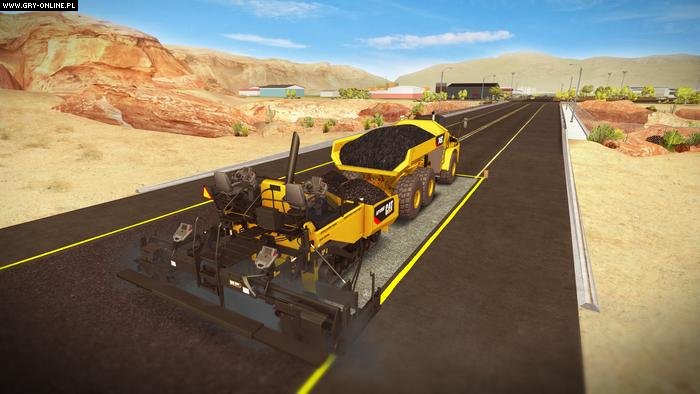 "Since our models and textures were originally created for the mobile game, we don’t support 4K but the game is running in Full HD with 60 FPS"

The game will look a lot better on the Xbox One X. The shadows are sharper, the effects and the anti-aliasing turned up to the max. That looks really good. Since our models and textures were originally created for the mobile game, we don’t support 4K but the game is running in Full HD with 60 FPS.

Again, the same. The Pro version runs on the highest quality settings, but also “only” on Full HD resolution. But with 60 FPS.

Since Construction Simulator 2 US – Console Edition is a port of the mobile game and originally wasn’t planned for consoles, unfortunately we didn’t have the opportunity to use the GPU power of the Xbox One X for glaring features and shader experiments. To use the full power of the console we would have to rework the whole game including all of its assets. So, we concentrated on implementing visual effects to improve the graphics quality as much as possible.

Full HD with at least30 FPS. The effects and anti-aliasing are somewhat reduced compared to the X and Pro versions.

We thought about it, but we were not sure if the growing Nintendo Switch community would accept our game. Therefore, we initially concentrated our work on the already “established” consoles. This adventure was already big enough for us. But anyway, the Switch is for sure an exciting console too. Who knows, maybe an option for the future…

More performance, more memory, faster loading times. Maybe some exciting new operating concepts. Who knows? Maybe there is even something which can be used or adapted especially well for simulation games which are often extremely complex when it comes to vehicle controls. I also hope that VR will be on board. VR is an exciting thing for sure – also for the genre of simulation games. We are curious to see what will happen!