Could Resident Evil Ever See the Return of Albert Wesker?

Might we be seeing Wesker again in the near future?

For the first half of its life, Resident Evil was synonymous with Albert Wesker. The gleefully villainous superpowered megalomaniac was the ultimate big bad, always pulling the strings behind the scenes, always keeping one step ahead of the good guys, and always involved in some nefarious scheme or the other. From the T-Virus outbreak in Raccoon City, to everything that happened at the Umbrella facility in Antarctica, to the Las Plagas incident in rural Europe, to, of course, Uroboros, Wesker was involved in some form or another in everything that was going wrong in the world of Resident Evil.

Until his death, that is. At the end of Resident Evil 5, when Chris Redfield and Sheva Alomar shot a rocket through his face and left him to sink in an exploding volcano, he died. Without question, he died, bringing an end to his long and winding arc, and his long-standing rivalry with Chris Redfield. Since then, Resident Evil has tried on several occasions to introduce villains that can have a similar kind of impact, and though they haven’t all been bad, none of them can hold a candle to Wesker.

But is it possible that Wesker isn’t quite done after all? Impossibly enough, there is some evidence – light though it may be – that could point to the possibility of him still being around. The most convincing piece of evidence comes to us, curiously enough, from Umbrella Corps, if all games. You wouldn’t be blamed for forgetting that Umbrella Corps even exists- I’m sure Capcom keeps trying to forget about it as well. It was a poorly made multiplayer shooter with very little going for it, and the less we have to talk about it, the better.

But here’s the thing. Umbrella Corps is canon. That’s something that Capcom themselves have confirmed. Though the game is quite light on narrative, it does have some story content, and according to its developers, it takes place after the events of Resident Evil 6. And throughout the game, we get several hints that Wesker might still be kicking it. Throughout its The Experiment campaign, players are sent to locations from across the history of Resident Evil, and your progress is constantly being monitored by a certain higher-up in the organization you’re working for.

That certain higher-up is, time and again, strongly implied to be Albert Wesker. During a mission in which you head to the village from Resident Evil 4, your handler, Abraham Jackson, tells you that the mission is being monitored by someone who is very familiar with the events that went down in the village, almost as if he was involved in them himself. The notable characters from RE4 who were involved in any capacity in that incident were Leon S. Kennedy, Albert Wesker, Ada Wong, and Jack Krauser- and of those, the only one who fits the description here is Wesker.

Later on in The Experiment, Jackson’s notes talk about how he is terrified of this higher-up individual, and wanting to know who he is, decides to run a DNA test on a strand of his hair. Not long afterward, the lead researcher of the organization suddenly goes missing, dashing any and all hopes of a DNA test. Coincidence? Possibly… but not likely. 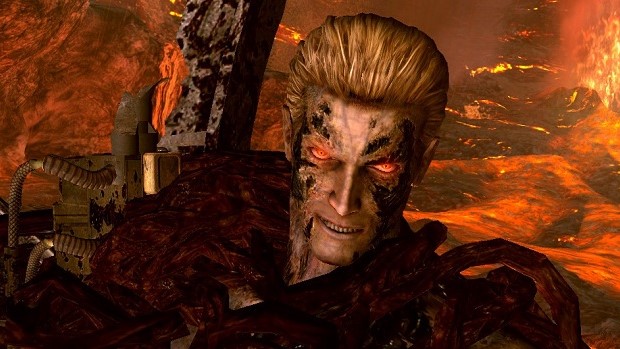 On top of that strong evidence of Wesker still being alive in Umbrella Corps, there are some other circumstantial things from Resident Evil 7 that could point to the same. At the end of the game’s Not a Hero DLC, Lucas Baker, having defected from The Connections, is attempting to sell all of his data on Eveline and the Molded to an unknown third party, only to be stopped and killed by Chris Redfield. So far, it hasn’t been revealed who that unknown third party was, but could it, perhaps, be Wesker? After all, from the T-Virus to the T-Veronica virus, from Las Plagas to Uroboros, Wesker has been known to go after nearly every major bioweapon in existence- so if he is still alive, why wouldn’t he go after the Mold as well?

And here’s another interesting tidbit for you. The Mold was, of course, created by The Connections themselves. Work on the virus started all the way back in 2000- and who did The Connections collaborate with in the beginning for that? H.C.F. the paramilitary organization led by none other than Albert Wesker himself. If Wesker were still alive, and if he wanted to get his hands on the Mold, of course he would know about it, seeing as he was very much aware of the fact that it was being worked on as far back as twenty years ago.

Sadly enough, none of this is conclusive evidence by any means. For starters, it’s doubtful that Capcom will want to put too much stock in things introduced in Umbrella Corps. That game was an absolute disaster, both critically and commercially, and it’s extremely likely that Capcom will want to distance themselves and the series from the game as much as possible. Umbrella Corps was in development alongside RE7 for a while, which meant that the two games could possibly have been working toward the same narrative goals, but it’s entirely possible that following the overwhelmingly negative reception for the multiplayer game, Capcom dropped any and all plans they had for what they may have started doing in it.

Can Albert Wesker come back? In a series that’s about bioweapons and zombies and people wanting to become immortal and what have you- sure he can, even if he died in what was the most conclusive way possible. Resident Evil has also toyed with the idea of clones in the past, and it has been suggested by some that maybe there’s an Albert Wesker clone around somewhere. The question also bears asking though- should Albert Wesker even come back? 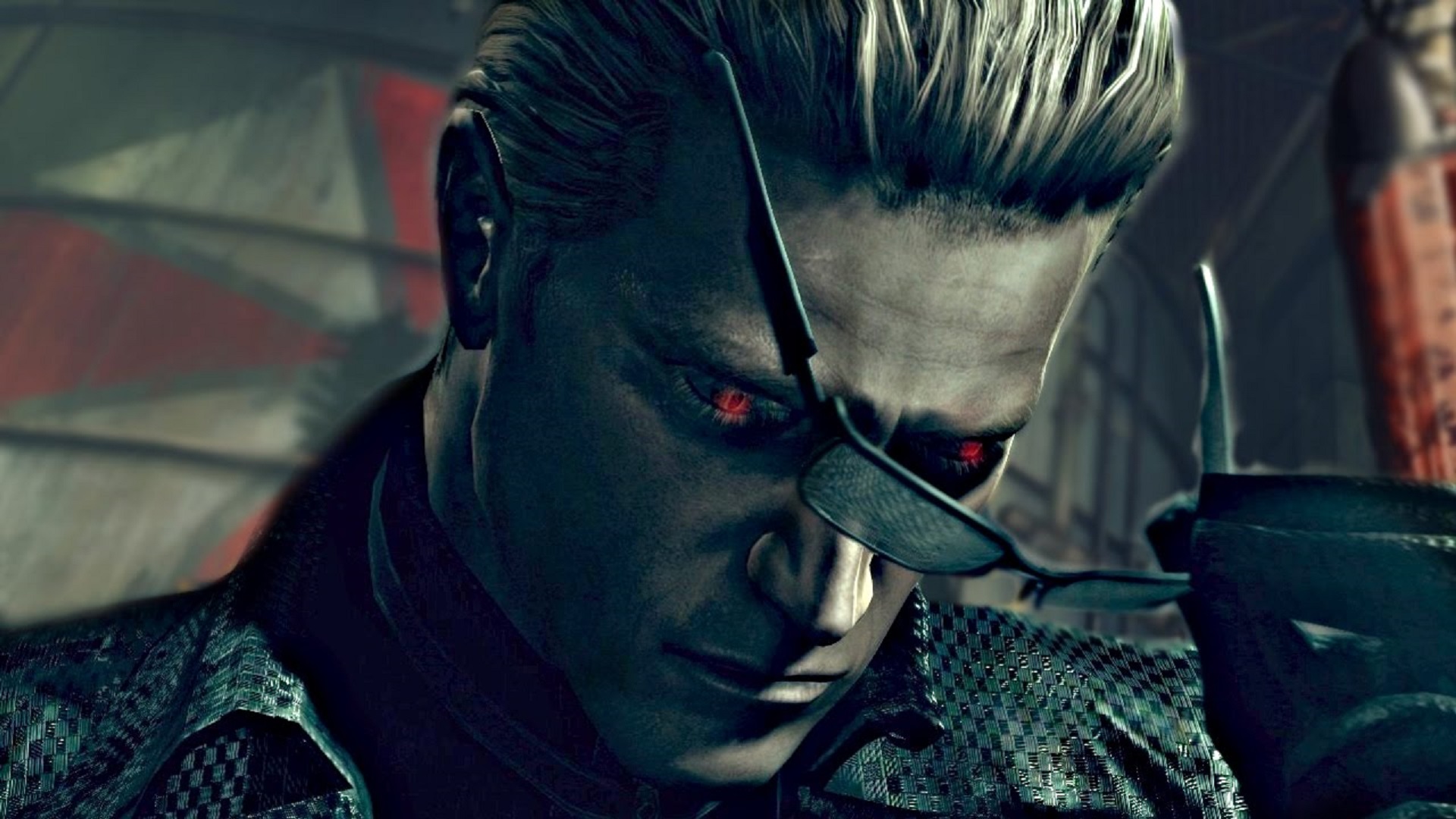 Depending on who you ask, the answer will be different. For many, he’s one of the best gaming villains of all time, so getting to see him wreak havoc once again would be incredible. Resident Evil hasn’t had an overbearing villainous presence since Wesker died – Simmons was a joke, Lucas Baker was great but is now dead – so he would definitely fill a gaping void (which was left behind by himself, funnily enough).

For many though, his arc was wrapped up very well, and bringing him back might not be the best idea. There’s also the fact that Wesker’s story and character had escalated to such a point before he died that any narrative arc involving him pretty much had to have wide-reaching global consequences, which doesn’t seem like something Resident Evil as a series, which has become much more grounded in recent years, wants to do anymore.

Of course, with the relentlessly leaked Resident Evil 4 remake releasing in a few years’ time, we will be seeing Albert Wesker once again, so it’s not like the character has been completely pushed into the annals of history forever. As far as a new appearance in the Resident Evil canon is concerned though- well, we’ll just have to wait and see. Capcom are promising big surprises with Resident Evil Village, so there’s at least a hint of a possibility that something to do with Wesker will play a part in the story, even if it happens in an indirect manner. It’s only a hint of a possibility though, so maybe don’t get your hopes up too high. Then again, for Wesker fans, that hint might be more than enough to go on.