Crackdown 3 Tech Analysis – Does The Cloud-Based Destruction Live Up To Its Original Vision?

We also compare the Xbox One X, Xbox One and PC versions of Crackdown 3 against each other.

It feels almost unreal that we have finally got our hands on the much anticipated and the much delayed, Crackdown 3. From a gameplay perspective we are not sure whether it’s a game that lives up to its initial hype but from a technical perspective, it definitely falls a bit short compared to its original showing. To begin with, Crackdown 3 is divided into two portions, the single player section and the Wrecking Zone, its multiplayer component. Both components have different technical ambitions; the single player aims to deliver an open world experience with action elements whereas the Wrecking Zone uses Microsoft’s Azure cloud services to render enhanced destruction and physics. To begin with, we will be taking a look at the single player component.

Crackdown 3 uses Unreal Engine 4 to deliver its cel-shaded style that the series is known for. As noted before, Crackdown 3’s single player component is set in an open world which is filled with futuristic technology and neon art style. There is a distinct charm to game’s world thanks to the developer’s smart choice of color palette and art style. Unfortunately, the world itself feels barren and flat. In an era where open world games are brimming with authentic crowd behavior and complex AI simulation, Crackdown 3’s world is pretty uninspiring. The mission spots are all where the action is taking place but besides those there is very little personality in the game’s world. The game also seems to be using a partial solution for implementing its physical based lighting model. Some areas in the world lack material shaders thereby resulting into flat lighting models. Overall, the implementation of the lighting model is inconsistent; when it works, it works really well.

However, there are some bright spots in Crackdown 3; one of them is the particle effects. Although not out of this world, the particle effects while shooting or causing destruction look great and it gels well with the colorful art style of Crackdown 3. The character’s armor looks impressive thanks to material shaders and the lighting engine.

We also got to try the single player component across all Windows 10, Xbox One X and Xbox One. Let us take a look at the PC version first. The developers recommend an Intel i5 4690 or AMD FX-8350, Geforce 970 or Geforce 1060 or  Radeon R9 290X or Radeon RX 480 and 8GB of memory. Our test PC includes a GTX 1080Ti, 16GB of GDDR4 memory and Ryzen 1700 CPU. As expected with most Microsoft titles for Windows 10, there are a ton of graphical options ranging from Effects Quality, Character Texture Detail, Vehicle Texture Detail, World Texture Detail, Texture Filtering, Shadow Map, Anti-Aliasing, Global Level of Detail, Light Shafts Quality, Sharpening, Lens Flare Quality and a few others.

Now let’s move to the Wrecking Zone; but before we do so, please note that our impressions here are not final. This mode is still under development and we believe hat  the developers will be improving this in the future, so you can consider this as our initial impressions about the technology. With that in mind, let’s proceed ahead. 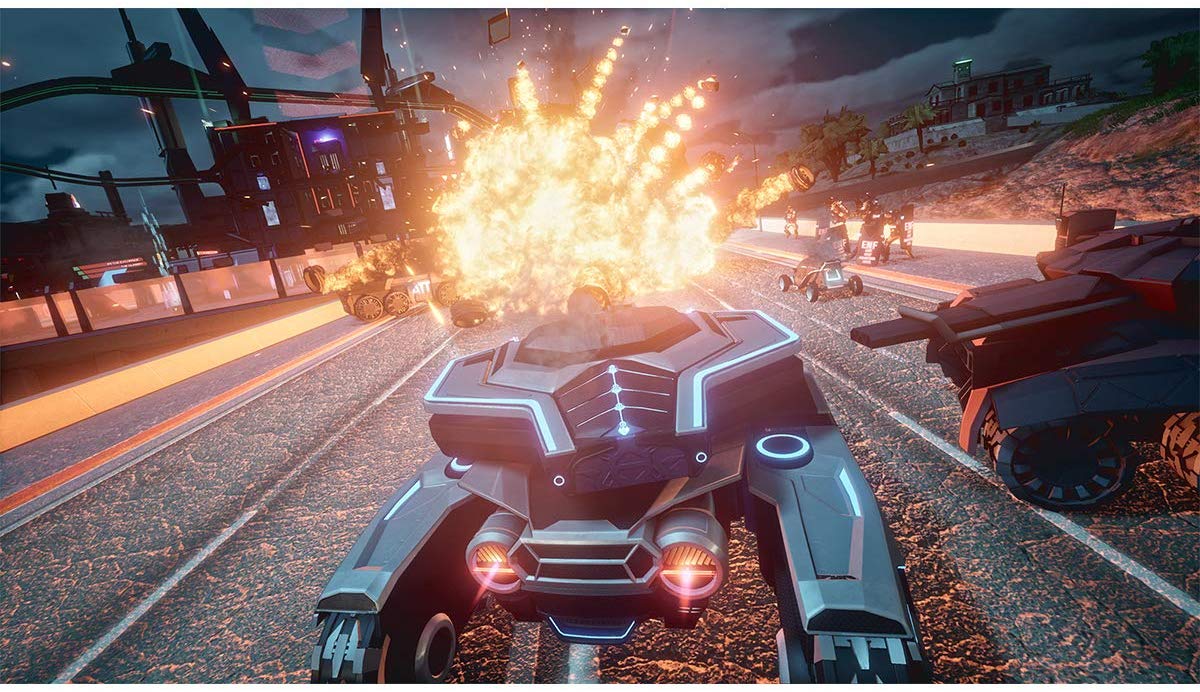 Back during Gamescom 2015, Microsoft showcased the power of the cloud. The gaming world was taken aback by the high-end destruction capability of the technology which dynamically pulled resources from the cloud. It was mind-blowing and unlike anything we have seen before. Unfortunately, the tech we saw all those years ago hasn’t translated in its full in Crackdown 3. This is not to say that the current technology isn’t great. It still does an admirable job of rendering some high level destruction but the impeccable physics and the volumetric effects that we saw during Gamescom 2015 is kind of missing here. There is still a ton of destruction here, a lot of complex physics calculations and the rendered effects could be impressive at times. But we can’t help but wonder whether the original vision got lost somewhere during the development hell this game went through.

On a more positive note, all three versions performed pretty well and ran at playable frame rate. However, the game struggled with the PC build at maxed out settings so we had to reduce it down to High to eliminate slowdowns and freezes. Another minor note that we want to make is about the connection requirement. We tested the game on a high internet connection and still the UI showed that the connection was poor. We are not sure whether this is a bug or you need a specific speed to get this working. Regardless, we wanted to point this out to our readers. Given that it’s still early days we can’t wait to see how this tech evolves. We are hopeful Microsoft can invest in it to make it more refined and mature, and do more things with it besides destruction.

At the end of the day, Crackdown 3 is a mixed bag. The destruction physics falls short of what we saw during Gamescom 2015, the graphics are a combination of good and bad, and the core gameplay loop is a bit inconsistent. In many ways, the troubled development that Crackdown 3 went through is pretty much apparent in its tech and content. Crackdown 3 could have been so much more but right now it seems like a first big step towards bigger and impressive things for the future of cloud gaming.