According to Cristofer Sundberg, the boss of Avalanche (Just Cause 2), Ubisoft’s attempt to stop piracy known as the DRM, is a sign of a “scared” market, and that publishers such as Ubisoft should stay dedicated to their PC gamers.

“Games have become a luxurious form of entertainment and piracy has scared the market to start implementing ridiculous DRM solutions that only limits the consumers that actually PAY for their games, not stopping the pirates,” said Sunberg.

“As PC sales constantly dropping, they are a small group of very dedicated PC players who deserves a game designed for them and I strongly believe that PC games and console games are two completely different games.

“If we constantly keep on delivering console ports and not games design for the PC player, the PC market will suffer from bad sales, piracy and bad DRM solutions. I strongly believe that most PC players are online players and online games are so much easier to design that we both protect the developer against piracy – and the consumer against a limited game experience.” he added. 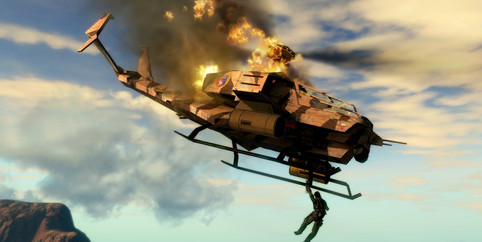 “I wish that future PC projects are treated just the same way as we would treat Wii, PSP or DS – they are treated as separate projects in order to deliver a different but equally entertaining experience to all players.”‘

Many publishers will start using DRM as well, Sega has started using it with their all new Alpha Protocol, and it would come to no surprise if companies like EA or Activision will restrict PC gamers in the near future as well.

Nicholas Lovell has also made a complaint about Ubisoft’s DRM.