Four years have passed and still there are a few gaming PCs around that can run Crysis at maximum setting and resolution. Recently Crytek and EA announced that the four year old shooter is making its way on consoles, the PlayStation 3 and Xbox 360.
We decided to compare some recently released screenshots of the console version  and what we did was fire up our beastly PC and compared the exact locations. Mind you we made the resolution 720p but with all the settings on high.
There have been some interesting findings. The lighting on the console is definitely better due to gamma corrected HDR and a better color palette. Of course the PC version is going to smoke the console version due to the RAM advantage and hence we see better draw distance and tremendous amount of vegetation even at 720p on the PC. However, the console versions do not look that shabby and we think it will actually be graphically decent.
There are a lot of tiny details visible from these screenshots, please tell us in the comments section if you find any. We would love to hear it.
Note: Please use the next – back buttons to navigate through the gallery. Apologies for our ancient gallery system, the new one will be better. 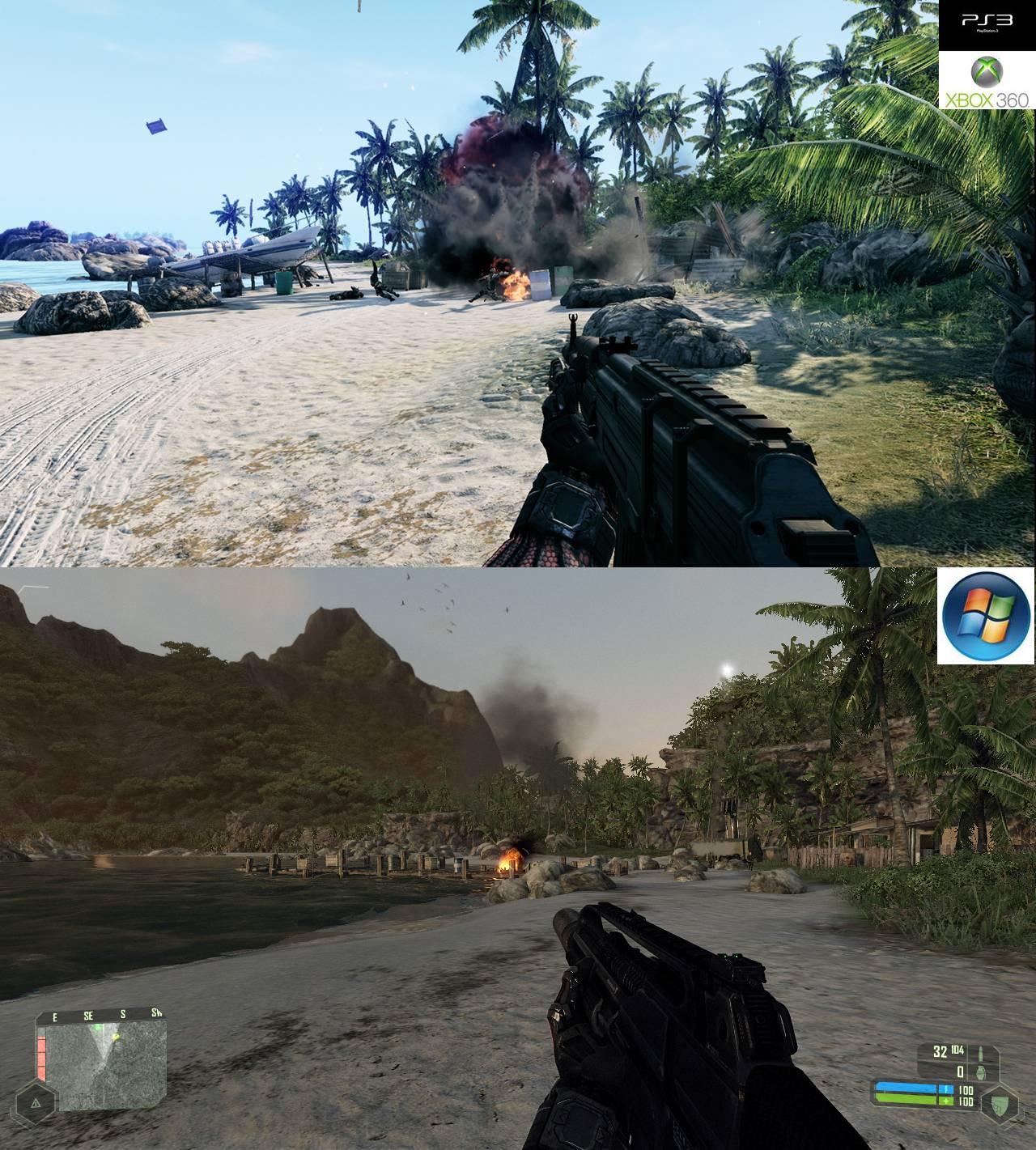 Crysis for the PlayStation 3 and Xbox 360 is due this October.