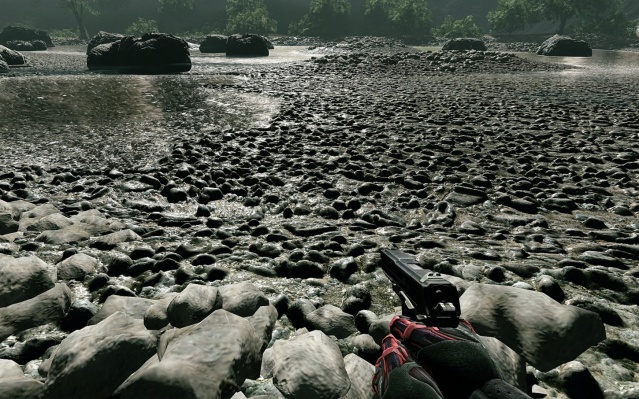 Crytek are truly wizards. They have managed to make the console version as good as the PC version. Crytek’s Tiago Sousa has confirmed that the console versions feature parallax occlusion mapping, and  in case you don’t know what that is; it really brings depth to the graphics. Take a look at the screenshot above.

He said, “we also squeezed in few goodies for consoles (POM/Stereo).” It had earlier been confirmed that the console versions have better SSAO as well.

This is really good news for the console version as the graphics will look really nice. He also confirmed 3D support on the consoles. So if you have a 3DTV you can witness Crysis in true stereoscopic visuals.

Here’s another GIF image that shows how well the console version looks. Tell us what you think in the comments section below.