Crysis Remastered returns with its two sequels. But is the package worth it?

Since 2007, one game series has been a go-to for computer benchmarking for both good and bad reasons. Graphically, the original Crysis was way too ahead of its time and it pushed systems so hard that it enforced an iconic internet phrase. Last year, Saber Interactive and Crytek set out to remaster Crysis on PC and console offering updated graphics, options, and optimization; doing so with mixed results. Bundling the original Crysis and its two sequels, the Crysis Remastered Trilogy aims to complete the goal of modernizing all three games on more modern PCs and consoles. The results are overall very positive, as these games deserved a revival.

In our review of Crysis Remastered on PC last year, we noted that it is derived from the Xbox 360 and PlayStation 3 console releases and this may hold true for Crysis 2 and Crysis 3 Remastered as well. Many if not all of the criticisms in that review remain true, with missing content such as multiplayer and Crysis Warhead. Having Warhead in this package would have been nice to flesh out the narrative just a little more since it takes place during the intermediate events of the first game, but its absence makes some sense since this is a collection of the trilogy to its core. The lack of multiplayer hurts a bit more though, as it could have been something extra to sink teeth into aside from the story. From the outset, this may give the impression of this trilogy being all but inferior to the PC releases. There is no denying that it is unfortunate that content is missing, making the originals on PC the only way to play anything beyond the vanilla campaigns. Still, the package offers three well put together campaigns that perform solidly and often have good map design. What content is available paints a great picture for Crysis on consoles.

Even if the narrative of the Crysis trilogy isn’t too deep and will be quite familiar for existing owners, it sure does provide a great backdrop for all the carnage. The series seems to know how to offer spectacle either through the cutscenes, or through your own making. The overarching story isn’t anything new or ground breaking by today’s standards but it does offer a classic science fiction B-movie feel. The influences to series like Predator are clear. You begin as Nomad, a key figure who can utilize a nanosuit built from alien technology. With this at their disposal, he turns the fight over to the creatures and other-worldly powers. One of the best things about this suit from a gameplay standpoint is that you have all of the powers and abilities for it out the gate. Learning to use it all effectively in different levels is where it really gets interesting. 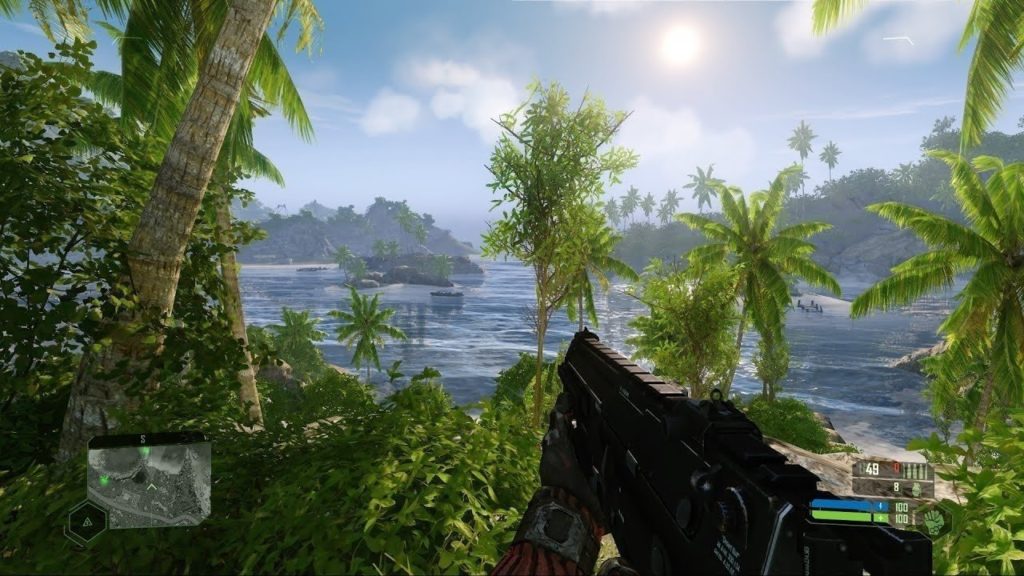 "Bundling the original Crysis and its two sequels, the Crysis Remastered Trilogy aims to complete the goal of modernizing all three games on more modern PCs and consoles. The results are overall very positive, as these games deserved a revival."

One of the greatest things that the Crysis trilogy offers is that levels often feel like an open sandbox. Sure, you have objectives and non-mandatory side objectives available on the map but how you get to them is completely up to you. Even during the opening mission of the first game, instead of opting the “on foot” approach like many would do, I grabbed a van and plowed through the environment instead. Aside from vehicles to navigate, the nanosuit itself has three modes and a glorified sprint ability, all of which use energy. An armor mode slows you down but makes you impervious to damage, and there’s a cloaking mode as well that opens up stealth kills. However, if you are already spotted, the cloaking mode does not trick the AI. This gives the enemy AI an automatic leg up regardless of difficulty. Both the armor and cloaking modes can be easily toggled off with a press of R1/L1 and juggling the one energy meter between these and speed (sprint) mode is a unique challenge in itself. Later, a more limited power state becomes available too, increasing melee and jump abilities as well as reducing weapon recoil and sway.

Talking about controls, one thing that’s worth mentioning is that vehicle controls cannot be changed in the settings for Crysis 2 and Crysis 3 Remastered. The first game has one preset named “Lefty” for vehicles as well as an option to swap the triggers and bumpers. I found them to be cumbersome at first and they took some time getting used to. To that end, each game does include controller presets for the traditional FPS gameplay, but full button remapping would have been nice.

I played the PS4 version of the collection on the PlayStation 5, so all my impressions on visuals and performance is made through the lens of a console that is known to boost frame rates of last gen titles and results are usually glowing. The Crysis Remastered Trilogy offers all three games as separate downloads. This approach allows for an “only download what you want” mentality which I appreciate. Storage is at a premium, so this is a very positive trait for me. Speaking about graphical options, I found them to be inconsistent per title. They vary from game to game, with the first getting the most add-ons. Previously, Crysis Remastered had an unlocked frame rate to take advantage of, but now there’s a bit more. A Ray Tracing mode is available, but only in Crysis Remastered thanks to an update to the game in April 2021. Perhaps there will be planned updates for the other titles to give them a similar boost but as it stands right now, this is not the case.

Performance across the board is flawless running on PlayStation 5, and this is no surprise. 60 frames a second is the target and it hits it without fail. Dynamic resolution scaling is in effect to help reach the stable framerate. In my experience even with motion blur turned off, the dynamic resolution wasn’t bothersome. If a bit of cinematic blur is the preference, the shutter speed is customizable and well balanced. Scaled resolution has become the norm on consoles and at this point if accepting that means a higher frame rate output, I’ll take it every time. Unfortunately, this collection suffers from checkpoint stuttering carried over from Crysis Remastered. Talking about checkpoints, I’m thankful that they are very frequent so when death occurs, you are thrown straight back into the action. 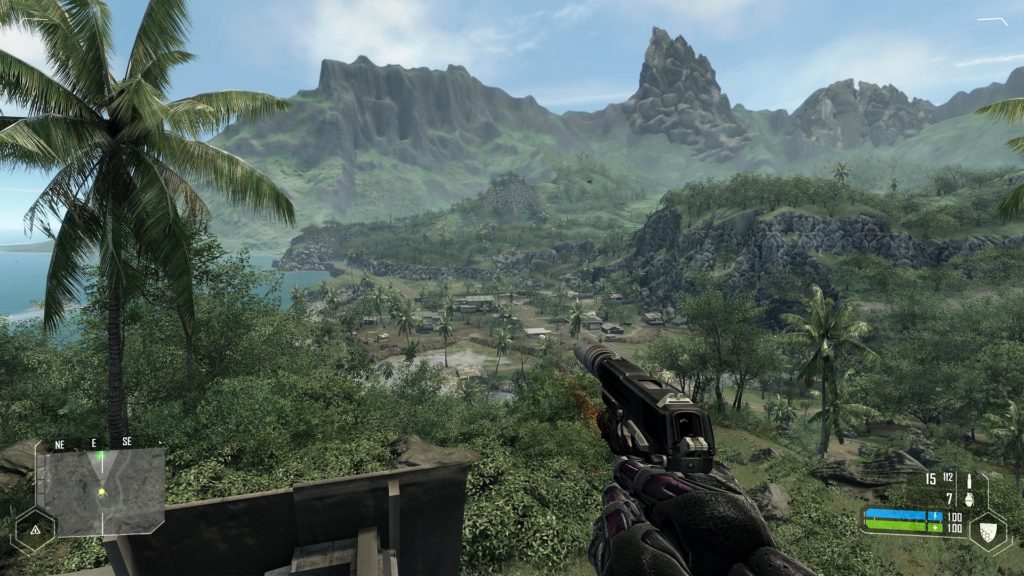 "Multiplayer is sorely missed and could have given this collection some longevity for those who want to play more outside of the campaigns."

The Crysis Remastered Trilogy offers a worthwhile experience. With performance that’s smooth as butter, it’s relatively easy to look past the dynamic resolution scaling. The B-movie plotline isn’t very original, and the absent Warhead story content could have added some extra flavor. Multiplayer is sorely missed and could have given this collection some longevity for those who want to play more outside of the campaigns. In the end, however, this collection offers great single player fun with its excellent level design to compliment the intriguing gameplay.

Final Verdict:
GOOD
Even with the missing multiplayer, Crysis' sci-fi single player campaigns provide a decent experience.
A copy of this game was provided by Developer/Publisher/Distributor/PR Agency for review purposes. Click here to know more about our Reviews Policy.