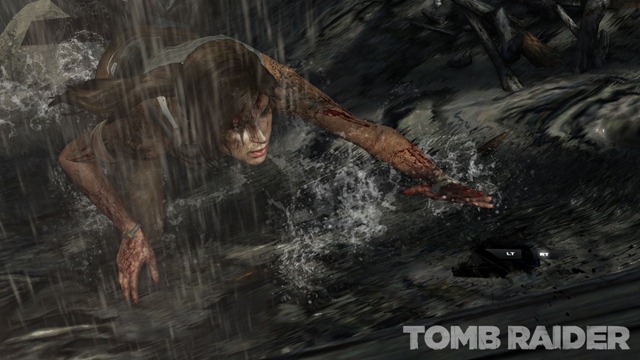 Karl Stewart, global brand manager for Crystal Dynamics has given a few hints about their upcoming game, Tomb Raider, detailing the story and setting of the game and how the gameplay will work.

Speaking in a Q&A in the official Eidos forums, he said the game is basically about Lara trying to survive. “Lara has landed on an island that is shrouded in mystery, so obviously we want her to uncover that mystery. First and foremost she has to survive,” he said.

“There is a core discovery to be made, and that core discovery will unlock the mystery of the entire island and answer a lot of questions for you. There are items and artifacts that you have to pick up and find around the island, but everything points to this big discovery.”

“I’ve read and fed into the script now on many, many occasions, and I can tell you that there is no love interest in this game,” he continued. “She is trying to survive. She is busy. Surviving the situation is all she can cope with right now; surviving a relationship would be a bit tough.”

Players will apparently also come across several types of enemies. “There is obviously an element of mystery to the island that you have to play to properly experience. I can say that there are plenty of people on the island, and lots of diversity in your encounters. I look forward to fans seeing the bow in action, and to hunting. That’s what you do on an island, right? Hunt.”

However, they don’t plan to keep the story’s structure the way it is in future installments too. Stewart says Crystal Dynamics might give more depth to Lara’s character in sequels. “She is busy. Surviving the situation is all she can cope with right now; surviving a relationship would be a bit tough. In one of the next releases we could possibly see this more human Lara meet someone, but that is way over the horizon.”

When asked what the combat of the game will be like, he said: “We’re working very hard to ensure our combat system has a variety of different play paths and play styles. Melee, ranged, and stealth interactions all play a huge part in this world. We’re looking forward to showing you our combat system around E3, when we’ll be unveiling it.”

The platforming sections of the game, which will see players climbing structures and stuff, will not be as limited as you see in other similar games, like Uncharted. There will be “a very wide range of fixed points” and “you’ll have freedom of movement.” “It will feel organic and natural. The path won’t be screaming at you – no white ledges,” Stewart said.

There will, however, be some obvious restrictions. “There are limitations, however, like not being able to jump off the side of a cliff and hook onto the side at random to free climb. The real world doesn’t work like that. Like real life you can’t just walk up to a cliff and assume you can climb it. It may be too steep, or too rocky, or jagged. But then there will be other areas perfect for climbing.”

Stewart also promised that the devs will be showing several behind-the-scenes dev diaries in the future. Crystal Dynamics also has something special planned. “We’re going to do something very special in not-so-distant future, although I don’t want to give it away right now.”

Well, this game seems to be shaping up nicely. We can’t wait to see how the final product will turn out to be.

Tomb Raider releases in Q3 this year for the Xbox 360, PS3 and PC. Stay tuned for more coverage. Till then, leave your feedback in the comments section below.